Even a macaron has its day! Paris’ annual Jour du Macaron 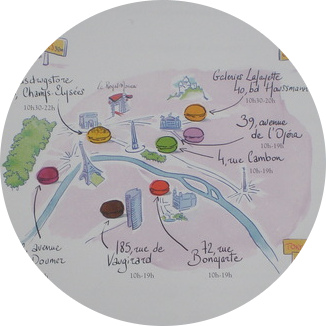 I don’t know what its like  where you live but here in Melbourne, Australia, macarons are everywhere with lots of fabulous examples and also many creative flavours seem to appear every week, if not everyday!

There are competitions, and its all taken very seriously.

The winners are celebrated in a grand manner, calling themselves ‘Melbourne’s best Macarons‘.  I’m wondering if this is unusual? So I asked Carolyn Englar, one of our delightful regular My French Life™ contributors based in Paris and discovered that she had first hand experience of the Parisian celebration of the absolutely delicious but not so humble macaron!

It seems the macaron has a special day of celebration each and every year in Paris, just as we have birthdays.

The 2011 celebration was in March, so have missed it! I am not going to ask you to wait for another year, because if you are anything like me that would not be at all possible! Here is my suggestion. Pop out and buy one or two delicious macarons, then sit down and immerse yourself in Carolyn’s lovely article… enjoy!

Here Carolyn shares her experience and her wonderful photos:

… “Well imagine my delight when I awoke one morning in March to discover that it was Le Jour du Macaron!

It was almost as good as those days when you wake up and think it’s a work day, only to realize it’s still the weekend. (Almost.)

March 20th, 2011 marks the 6th year that Pierre Hermé and Relais Desserts have hosted this event, which in my mind is an act of pure genius. Basically, for the entire day, customers can get three free macarons (which normally go for 1.95€ a piece) at any of the Pierre Hermé or Relais Desserts store locations around Paris (or those throughout the rest of France, Belgium, Switzerland, Luxembourg, Japan and the U.S.).

Everyone is expected to give a donation towards the participating charity – this year, as it was in 2010, donations were made towards Autour des Williams, an association that aims to help those living with Williams Beuren syndrome, a rare neurodevelopmental disorder. I figured the only way I was going to get my hands on some free macarons without waiting in line for an hour, was to get there early.

So I killed two birds with one stone, and stopped by the shop on my way back from a morning run in Luxembourg Gardens (I am the queen of multi-tasking, what can I say?).

As we waited, we were given a form to fill out, to choose three flavors out of a generous selection of 25 scrumptious choices, ranging from chocolate and foie gras (ew) to green asparagus and hazelnut. 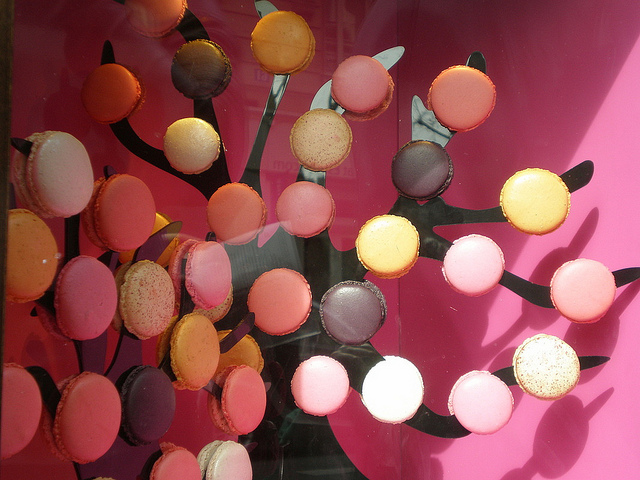 This is why I love Pierre Hermé – they are so creative with flavors and color, and really think outside the box.

All three flavors were delicious – I had eaten the Arabella before, and love how the strong flavors of banana and ginger really play off each other. The citrus flavor in the Métissé definitely dominated the carrot flavor, but it had a terrific balance overall. And the Dépaysé was definitely sweet, but the bean flavor evened it out so that the lime and ginger flavors still came through.

All in all, it was a terrific way to spend a Sunday morning. 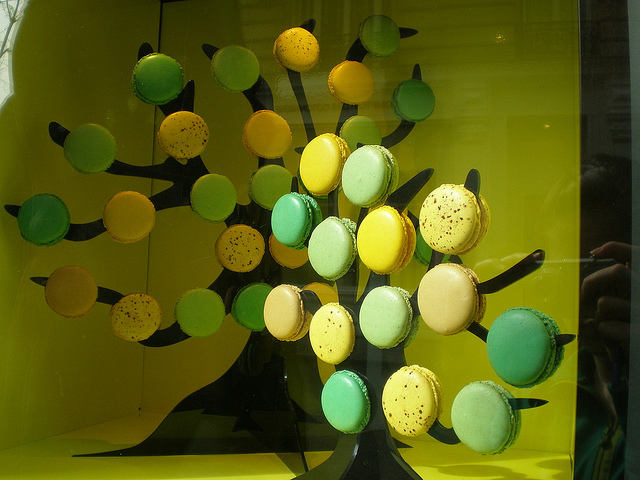 [Also, un grande merci to Chic Provence for being the first tweet to bring this glorious holiday to my attention – I owe you a macaron the next time you’re in Paris!]”

What is the most creative flavour of macaron you have ever tried? Make us jealous in the comments below!