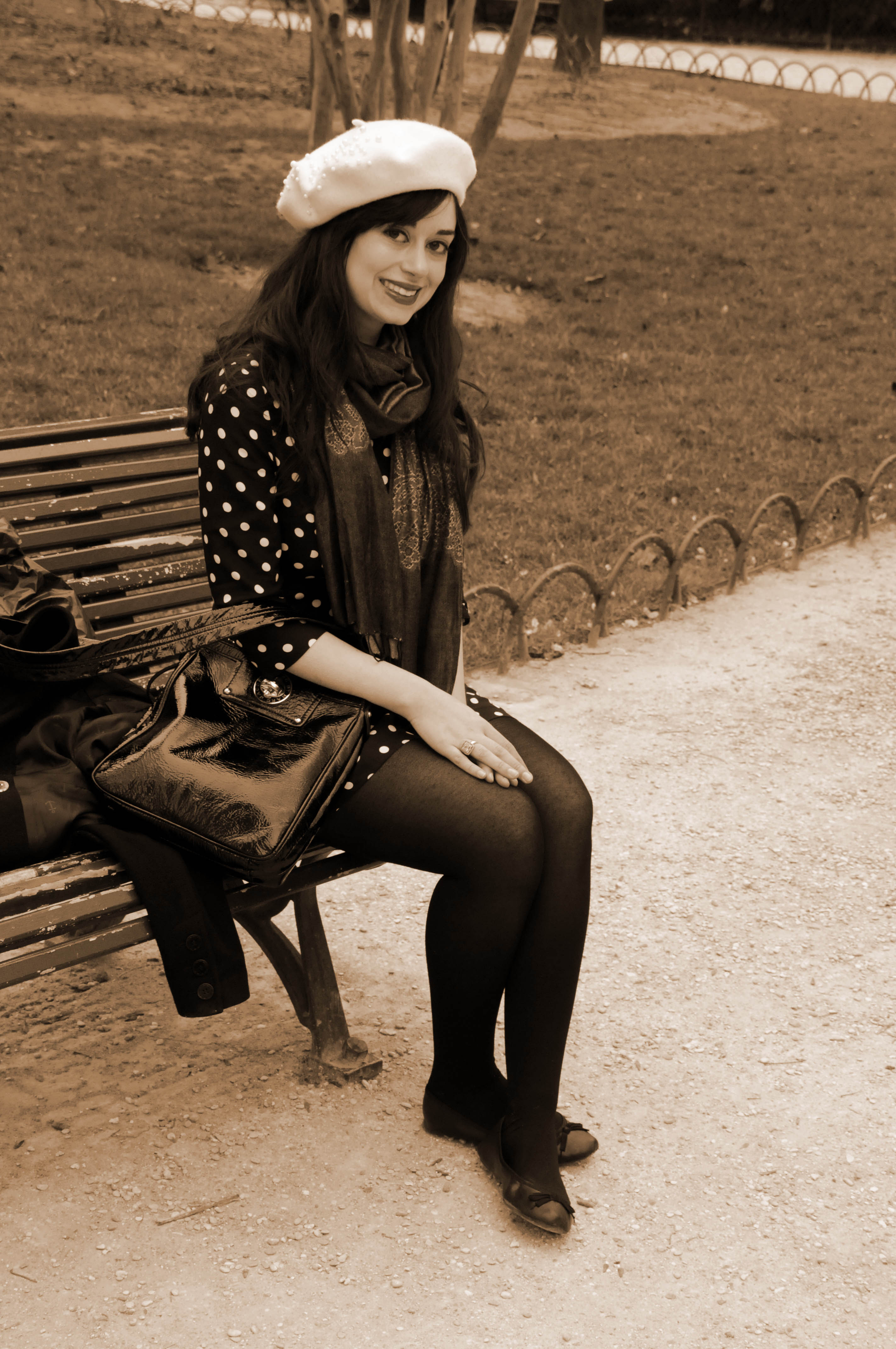 Some mornings I lay in bed with my eyes closed, running through snapshot memories of my trips to Paris.

Unless we’re talking about what shoes go with which dress and earrings, I’m not a details kind of girl. I bounce happily through life, indulging whatever whims and fancies come to mind. When a sign-up sheet for the school trip to France was posted on the door of my tenth grade homeroom, I added my name to the list along with all of my friends- travelling to France had never really crossed my mind, but the idea of gallivanting along the Champs-Elysées, arm-in-arm with my four best friends, seemed glamourous and fun.

There was space for thirty travelers on the school trip, and sixty names on the sign-up sheet. I was just lucky- my name was the second last one drawn. My four best friends’ names were not. I boarded my first flight to France with my math, my French teacher, and twenty-nine virtual strangers.

When we landed at Charles-de-Gaulle airport, the world as I knew it changed. Up until that moment, the existence of France had been, in my mind, conditional; I had never perceived it, therefore nothing so spectacular could possibly exist. Instead of gallivanting, I wandered the streets of Paris in awe, my neck constantly craned. Every building I passed seemed more intricately designed and opulent than the last. I fell head over heels for the green mosaic turrets that crowned Printemps department store; the narrow cobbled streets of the Latin Quarter; the bright white jewel known as Basilique Sacré-Coeur at the summit of Montmartre. Every woman I passed on the street seemed more stylish than the last- I suddenly became acutely embarrassed by the frumpy red fleece coat and white runners that were my travel uniform.

After ten magical days, I boarded a plane bound for home. My red fleece coat was balled up in my suitcase, replaced by black cigarette pants and pumps. I didn’t want to simply be recognized as someone who had travelled to France; I wanted to be mistaken for someone who was French. On the car ride home from the airport, I lamented, “It seems so unfair that some girls get to be born in Paris, and I had to be born in Winnipeg.”

I still catch myself thinking that every once in a while.

Since I could not be in Paris, I tried to make my life on the Canadian prairies feel more Parisian. I devoured old issues of Vogue Paris from the public library, stealing scraps of information and inspiring photos of French women. The first step to becoming more French seemed obvious- clothes. I traded in my white runners for an arsenal of black platforms and heels. The red fleece jacket was replaced by a vintage leather coat. I was absolutely determined to look the part- so much so that upon my return to Paris two years later, I suffered blisters the size of quarters rather than change into practical tourist shoes!

I have been back to Paris twice more since my second visit, moonlighting as a Montmartroise in a small apartment on rue de Clignancourt. Every day that I wake up in Paris instantly becomes the new best day of my life. But I wake up most mornings in Vancouver, just a few minutes before my alarm will ring. That’s when I lay awake in bed, remembering Paris- the first time I took the stairs out of Anvers metro station and felt like I had arrived in a new world… the taste of my first bite of a red fruit macaron at Patisserie Ludurée… the first time I stood and looked, really looked, out over Paris from the top of l’Arc de Triomphe to see that the city of my dreams is as star-shaped as they say- I often lament privately that I was not one of the lucky girls privileged to grow up in the city of light. But then I remind myself that I’m still luckier than most; although I may not have grown up in Paris, I grew up with it. And I discovered fashion, my greatest passion, because of it.

One of my favourite movies, Casablanca, has everything and nothing to do with Paris the same time. The main characters, star-crossed lovers played by Humphrey Bogart and Ingrid Bergman, are not in Paris at any time during the movie… But they were once, and that brief stay irrevocably changed both of their lives forever. “We’ll always have Paris,” Humphrey assures Ingrid in a particularly memorable scene.

And so will I.