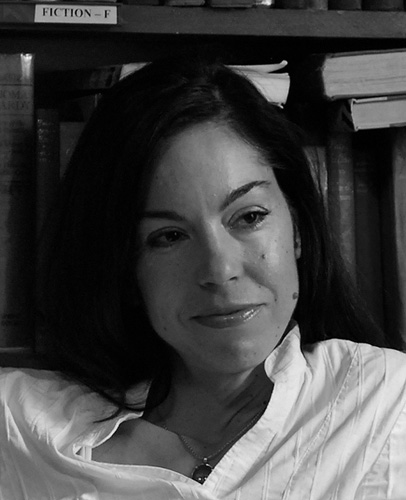 Heather, how would you describe yourself?

What are your interests outside of poetry?

Besides a mild addiction to shoe shopping, I really enjoy interviewing writers and artists for Tin House magazine and other venues and learning Italian. Chocolate cake is a personal interest of mine too.

Where does your passion for poetry come from?

I take my cue from Dr. Seuss who was a poet, philosopher and humorist rolled up into one wonderful writer: “Think left and think right and think low and think high. Oh, the thinks you can think up if only you try!”

I spent most of my summers as a child and teenager hanging out in public libraries and reading anything and everything that came my way — from Emily Dickinson to Snoopy comics to the sonnets of Shakespeare to Dr. Seuss, among so many others. I continue to return to Dr. Seuss because the wit, absurdity and grace in his writing are fascinating to me — I attempt to slip these into my poetry in my own way. 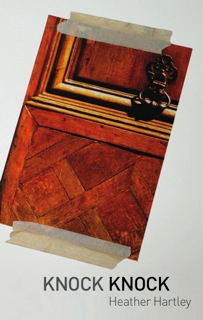 Your poems, essays and interviews have been widely published, including on PBS Newshour and in The Guardian, The Rumpus, Post Road and numerous anthologies including The Best American Nonrequired Reading. Last year, you published your first volume of poems, Knock Knock.

For those who are not familiar with Knock Knock, could you describe your poetry collection?

I think the description in Publishers Weekly really captures and encapsulates the collection:

“Heather Hartley’s first book is full of appetite and steeped in European culture — it will make you want to book a one-way ticket to Paris or Naples. Hartley is always attentive to sound, her poems carefully worded but not overwrought; even the table of contents reads like a poem: “The Sorceress of the Russian Sauna,” “Sleeping with War and Peace.” By turns sexy and wry, Hartley reminds us that it “takes time and careful attention/ to pluck, savor and suck out / your breathtaking core,” but also, in “Advice for the Hirsute,” that “you can only wax your crotch so long before finally, finally / the hair creeps back like dark widow’s weeds.” She treats hunger as a source of humor, delighting in mistranslated menus—“filet of duck with gentle fruit sauce . . . a duet of three pairs”—but also as means of grieving, questioning, and coping: “is it bad luck to eat the salami of a dead man?” Underneath the wit of Hartley’s work, there is something probing, as if she is seeking to lay the sad world bare: “I’ve written all over the city in these black boots.”

You are also Paris Editor for the literary magazine Tin House, you curate Shakespeare & Company Bookshop’s weekly reading series and teach creative writing and poetry at the American University of Paris.

What is it about Paris that inspires you?

Besides the impressive choice of cheeses, the amazing history of the city — literary, social, political.

How does the literary scene differ in Paris to other cities in which you’ve lived?

I grew up in West Virginia in the capital city of Charleston, a town of approximately 50,000 inhabitants. There was a small but devoted literary scene when I lived there and now, the literary scene has developed and deepened which is wonderful.

Paris has so many different neighborhoods, each with their own quirks, personalities and literary — as well as culinary — possibilities. It seems as if there is something happening literally every night, on both sides of the Seine, and the challenge can be to choose which literary event you would like to attend.

How do you balance teaching and writing?

Albert Einstein said, “Life is like riding a bicycle. To keep your balance, you must keep moving.” And that’s what I try to do: keep moving forward in both my writing and teaching and attempt to maintain some sort of equilibrium.

Who is your favorite French poet?

What is your favorite poem?

Which is your favorite Parisian arrondissement?

It’s a tie between the 6th and 14th arrondissements. Both are on the Left Bank, both have a rich literary and artistic history and both probably tie for the number of cafés to choose from. However, in the 6th, in addition to the celebrated cafés Les Deux Magots and Le Café de Flore, there are considerably more shoe shops than in the 14th, so I must admit I lean heavily toward the 6th in this regard.

I really like Le Fumoir, a great restaurant, café and bar all in one. It’s a cozy, relaxed space near the Louvre.

La Closerie des Lilas in the 14th arrondissement. It has an incredible literary tradition and a gorgeous, intimate piano bar. Champagne here tastes better than anywhere else for celebrations.

Which is your favorite library or bookstore in Paris?

Shakespeare and Company Bookshop is my absolute favorite. There’s a sign on the second floor that I think describes the philosophy of the shop quite well: “Be not inhospitable to strangers, lest they be angels in disguise.”

Thank you Heather for doing this interview with My French Life™. We’ve enjoyed getting to know more about you, your poetry and other literary endeavours. To find out more about Heather, you can see her website.