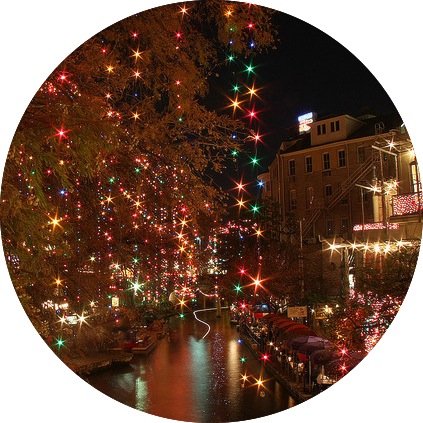 One thing I feel I am not qualified to talk about is a French Christmas.

When trying to dream up something appropriately festive for my monthly entry, I realised I could give very little insight into French Christmas traditions, having never celebrated them across The Channel.

I began this stream of consciousness trying to list what I associated with a Christmas in France. This included the glorious Christmas markets – something that we often seem to fail at here, where everything seems to be kitch, overpriced rubbish – and the Parisian lights.

As the window displays of Fortnum & Mason and Harvey Nichols are a huge feature of the festive season, so the lights around and the magnificent tree in the Galeries Lafayette spring up as their counterpart. Ooh and not forgetting the tree outside Notre Dame!

All this, however, is nothing more than what you would expect to hear in an article about Christmas. In total juxtaposition to the glamour of the season of Advent, I recently read about a rather controversial decision which would affect the capital – or a good 9.2 per cent of it this year, if the unemployment statistics are anything to go by.

During my time in Paris, I remember noticing the stark and irrefutable presence of the city’s SDF (Sans Domicile Fixe, or homeless). I was never quite sure whether I was so acutely aware of their presence because I was new to the city, or whether it was a consequence of my recent university focus on the initiatives of the Restaurants du Cœur. 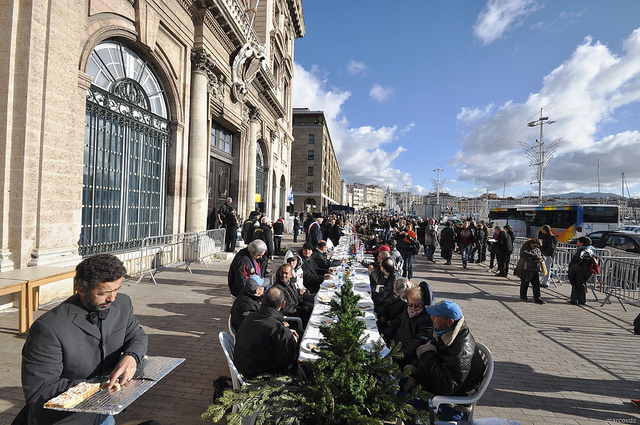 As I spent much of my time close to my office situated next to Gare du Nord and Gare de l’Est, I was repeatedly struck by one young man who sat in the same position on the same seat on the metro platform at Grands Boulevards. In three months, I saw him move once.

This image really stayed with me, and puts extra reason into my feeling totally bewildered by Claude Guéant’s recent decision to ban the homeless from tourist areas. I don’t pretend to know the full logic behind this, but I gather that the city’s poor are all being equated with some sort of mafia gang.

OK, I agree, not all SDF come with harmless intent, but surely extraditing them from the areas they might be able to get some small support will only fuel their resentment against the state? The Champs Elysées became the first SDF-free zone, and the consumer symbol of Christmas – that very Galeries Lafayette – is another focus of the ban this year.

I would be among the first to say that, however wrong their policies, being in politics cannot be easy – and certainly never a crowd-pleaser. But Bertrand Delanoe, Socialist Mayor of Paris, quite rightly pointed out:

(“Wanting to fight poverty by repression and fines is shocking at a time when the state isn’t fulfilling its obligations in housing vulnerable young people or providing emergency accommodation.”)

Whatever the French traditions at the end of December, I hope that perhaps, in a symbol of goodwill, the French government might think for a minute, and stop to re-visit the circumstances in which Christmas was brought into being. Without wanting to give a sermon, I was always taught that Christmas should, above all, be a time of charity – be it to the troops, the elderly, to those we love, or to those very people on the streets.

If only Sarkozy’s government could kneel at the stable door…