Traffic in France: the weekend of 15 août 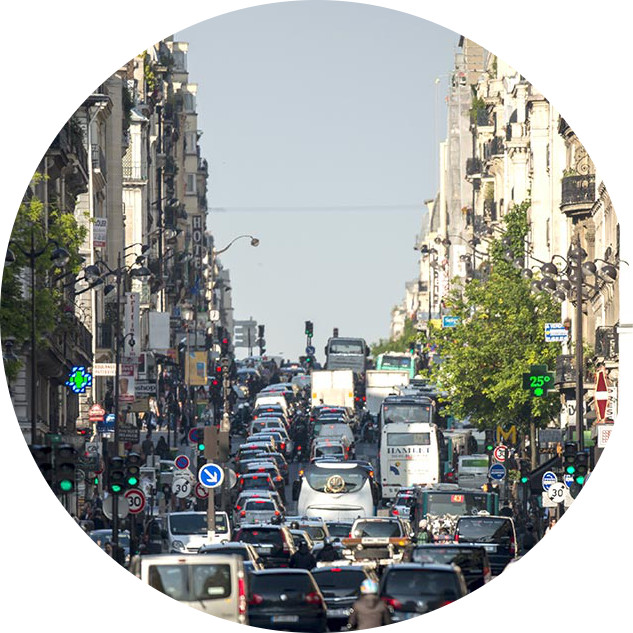 The weekend of 15 août. A weekend to strike fear and loathing into the hearts of holidaying motorists.

I didn’t know this at the time; it was my first summer road trip in France. It did, however, only take me half an hour to come to understand it, to begin to feel that fury myself; my heart pumping stronger and stronger so that blood was coursing through my arteries to my extremities, leaving my hands and feet twitching and my temper frayed.

It all started weeks before.

A month-long holiday had been whittled down to two weeks, due to other holidaying engagements we had with family and friends.

An itinerary of Normandy, Brittany, the Atlantic Coast, Perigord and Lot was going to be ambitious in four weeks, let alone two. It required meticulous planning which is exactly what I did. Each day of the itinerary had a departure time and an arrival time, length of driving (in kilometres) as well as expected number of hours, stop-off times and places.

The plan was the culmination of several hours research and spreadsheeting. I polished it, while polishing off a glass of champagne and I asked my partner to review it. “No, it’s fine, I trust you. I’m happy to do what you want to do.” The sub-text to this was: “You want me to do something? Just when I’ve sat down with my beer?” I begged and cajoled but he was not to be moved – we would stick to the plan no matter what. Whatever I had worked so hard on these last few days was sure to be good enough.

Skip forward to the day before the trip. We were staying with a friend in Les Sables D’Olonne before we headed further down the coast to La Rochelle and Royan. I explained our plans to him.

My friend looked at me as though a large growth had spontaneously emerged from my forehead. “You’re driving tomorrow? Do you realise the traffic that will be on the roads?” he asked, incredulous. “Never, ever, ever travel anywhere in France on the weekend of 15 août. Get to where you need to go before then and then stay there.”

Of course, this was information that would have been much more useful to me three weeks beforehand. The following day we headed off. Approximately five left turns and a couple of right turns later, we reached the crawl.

In fact, crawl implies movement of some sort. There was precious little of that.

We were in a hot car crammed full of wonderful-but-pungent cheeses and some equally-pungent and altogether less-wonderful dirty laundry (the remnants of a week and a half of holiday already behind us).

The day was hot. The heat, the cheesy fumes and the kilometres of traffic ahead of us combined to give me a splintering headache. After a half hour spent crawling mere metres down a national route, a stark realisation dawned on me.

After more than a few cross words between the two of us (coming more from one direction than the other, truth be told), the plan was ditched and an executive decision made to skip La Rochelle and Royan. We would head inland, to the rivers and greenery of Perigord.

And so we made it to Brantome, Perigord, at five o’clock in the afternoon. The first action upon our arrival was to find an outdoor bar selling large glasses of cold cider. The second? To agree that we would never, ever, ever again travel on the weekend of 15 août!

Have you been caught in the embouteillage du 15 août? Or perhaps stuck in a loop around the Arc de Triomphe? Share your stories of driving in France with us in the comments below!