The wonder of French cheese

Living in Strasbourg without having eaten at the Cloche à Fromage was killing me. It was time to change it.

I have often mentioned my passion for eating. One of my favorite things to eat is cheese, especially while living in France. There is one particular restaurant, which specializes in cheese, that I have been wanting to try for about two years now: La Cloche à Fromage.

Because of the price, I’d always told myself that I would go for a special occasion. But when my birthday came and went this year without a visit to this restaurant, I figured that if I really wanted to go, I couldn’t wait forever.

So my roommates and I got together, chose a date and marked our calendars. We ended up going on a random Thursday in May. In order to justify spending so much money on a meal, I told myself we were celebrating my four-month anniversary in the apartment.

The best French cheese: the Raclette

I’d heard about the raclette grill at the restaurant, and had my mind set on one even before we went. Of course, I’d had Raclette before at home – cheese melted on little spoons, then poured over potatoes and meats – but the Raclette at La Cloche à Fromage was on a whole new level. 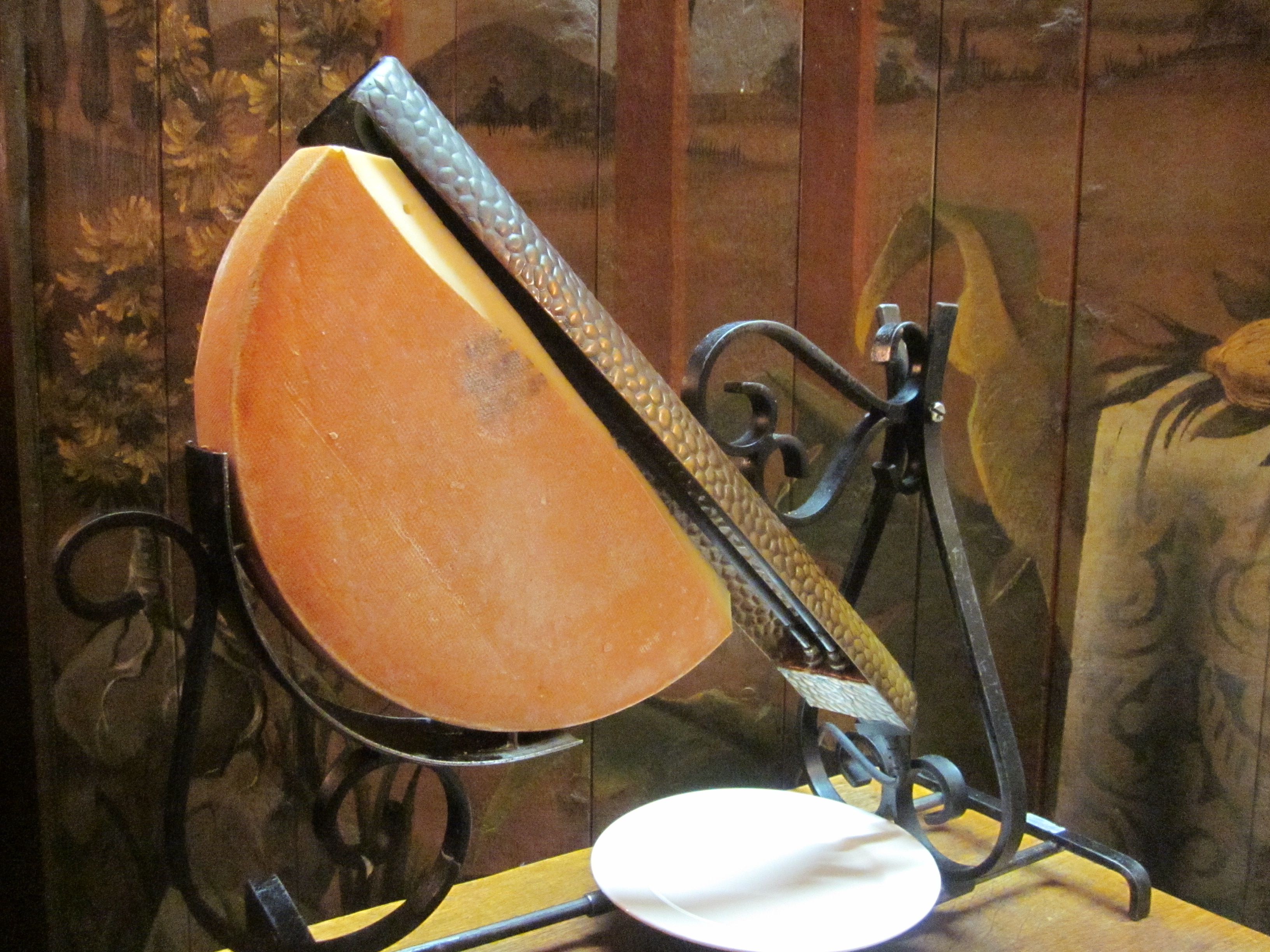 The giant half-circles of cheese were placed on a machine that heats the first layer, before a spatula-type utensil scrapes the melted cheese onto your plate. After a while, even pieces of the croute were shaved off and added to the pile of melty goodness.

A restaurant that specializes in cheese, offers, of course, several varieties to choose from for your raclette grill. We chose two types of cheeses – Morbier and Raclette – and I’m glad we had the variety. We started with the Raclette because it’s a classic. I was not disappointed. 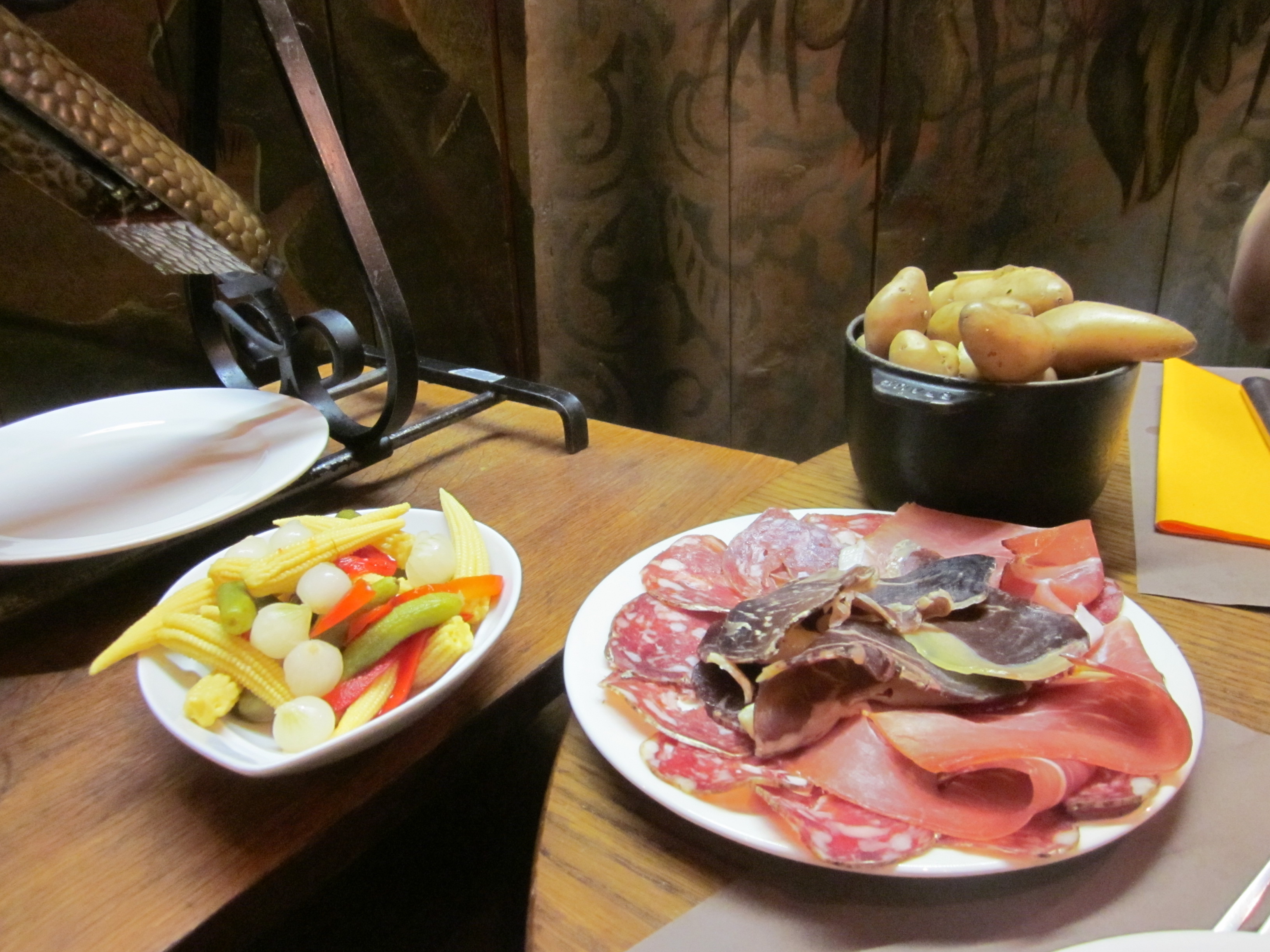 The machine heated the cheese to the perfect level, and it was fun shaving off the cheese with the spatula (though it took a few tries to get it right).  I was a little afraid of the Morbier at first since I don’t really like ashy cheeses.

However, once it was melted and poured atop potatoes and meats, it added a special something that Raclette cheese didn’t.

Of course, one cannot go to the Cloche à Fromage and not see the cloche itself. This bell-shaped cheese cover is the largest in the world and features over 100 cheeses. 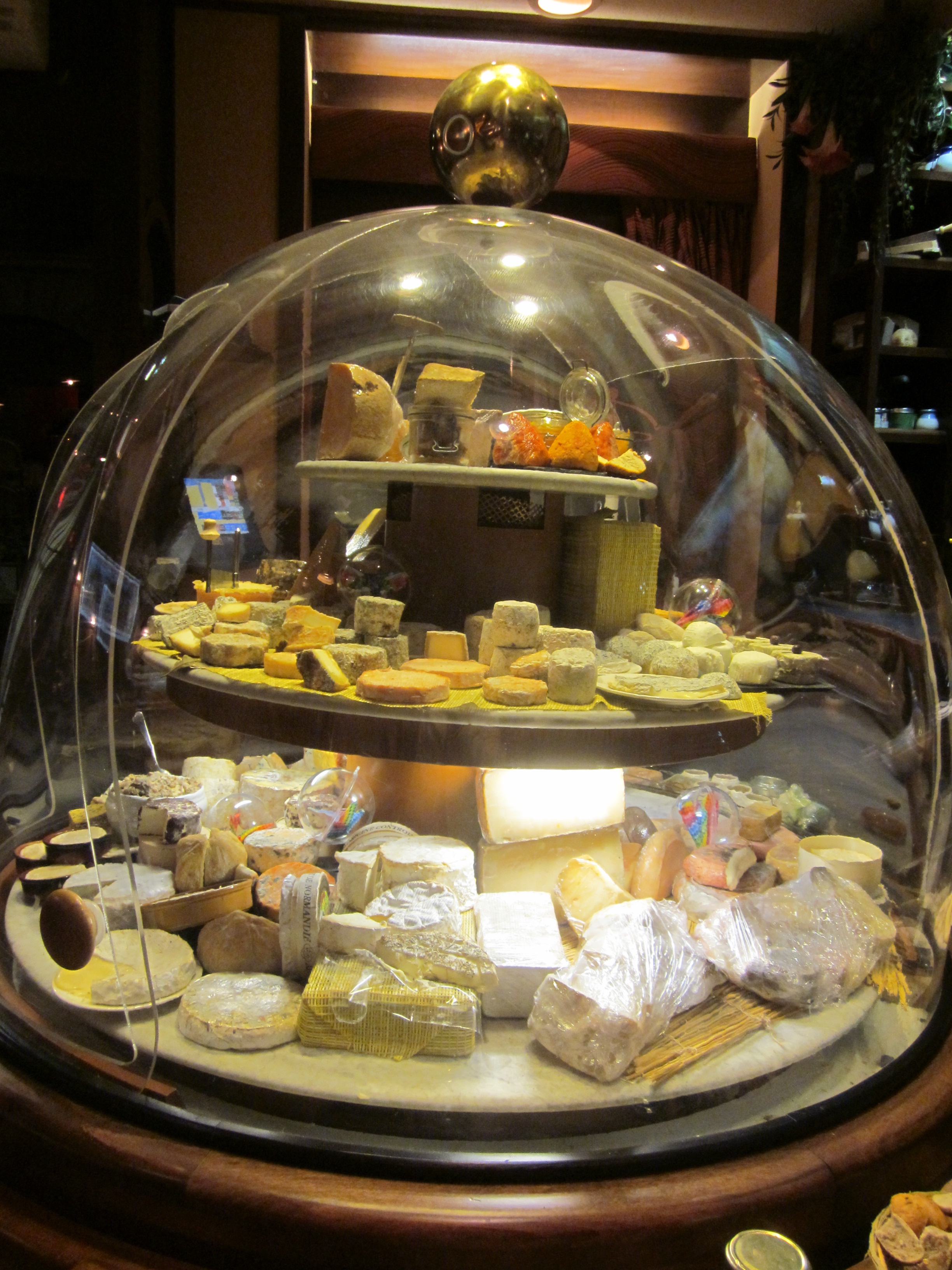 Though a lot of them looked delicious, we couldn’t handle any more cheese after eating so much Raclette.

Hey, and we couldn’t eat everything in just one visit. I guess that just means that we’ll have to go back again!

Have you sampled this French speciality?