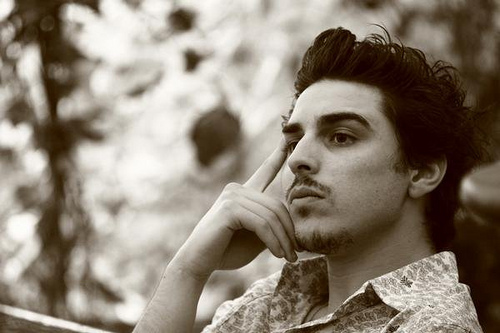 I met Kevyn Diana in a coffee shop in London in 2006, before I learnt French and when he spoke just a little English. At this time, our relationship was characterised by rudimentary insults in the mother tongue of the other. The obvious jokes that my surname lends itself to in English (“but you’re not a guy, you’re a girl!”) and the lazy insults that Anglophones throw at the French (“frog!”) were exchanged.

Since we both left London, our fortunes have changed. Kevyn has become an actor who has found success in France. And me? Well, I write for My French Life! But the insults? They remain, neither more intelligent nor more witty than before, even though we both now speak the other’s language. We shall keep them out of this interview, however!

Kevyn, thank you for talking to me about your profession. Can you please describe yourself in three words?

What age were you when you knew that you wanted to become an actor, and why?

It’s not a question of age but more of the ‘moment’. There was a period when I felt that it was urgent that I take this track in my life. But, in fact, it has always been logical for me to go in this direction.

I loved working with Jacques Malaterre. He reintroduced my taste for a number of things, as much in terms of humanly as artistically. Without him, I would have probably given it all away. 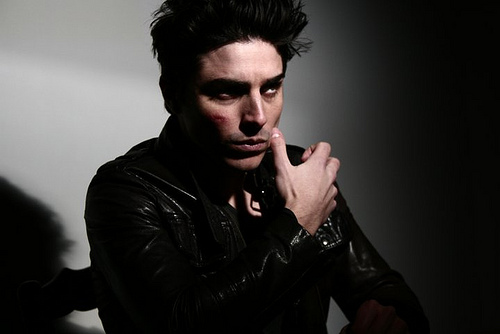 In the future, with whom (directors and actors) would you like to work?

It would be more simple for me to answer the question: “With which directors and actors would you not like to work?”

You have Gypsy origins and you were in the film Liberté by Tony Gatlif where you speak in Manouche, a Gypsy language – had you spoken the language fluently since your childhood or did you learn the language for the film?

I have Sinti (Gypsies from Italy) origins on my father’s side but I only received the strict minimum of this culture – the [Second World] War destroyed a lot of my family, so I didn’t really grow up in this atmosphere, education and way of life.

For the film, I had to learn the language spoken by the Tziganes, the Gypsies of Eastern Europe. I didn’t speak this language at all before the shooting of the film so, beforehand, we had an intensive Romany language course for five months. It was a precious gift.

In your opinion, what are the biggest differences between French films and Hollywood films?

It seems evident to me. We don’t have the same culture, language, history, way of working nor the same budgets.

Recently “The Artist” won several Golden Globes and, perhaps soon, may win at the Academy Awards as well. What do you think this means for the future of French films in English-speaking countries, even if it is a silent film?

There have always been, in the history of cinema, some films, directors, actors, actresses who have received compliments and prizes in Anglophone countries. It’s not new. The fact that this film won these prizes doesn’t mean anything for the future of French cinema, I think. A good film is a good film, a good director is a good director. It doesn’t matter where they come from; it’s that they can create something that is interesting. Then, if it can enable the French artists to export themselves, so much the better. The reason for art is to touch as much of the world as possible.

What are your other passions, apart from cinema?

Music has an enormous place in my life. I come from a family of musicians where it was awakened in me early and directly linked to my education. I am crazy about painting and I am frustrated that I don’t know how to paint as I find it a very noble form of art. Equally, poetry also has a particular place. I love the sensation of intimacy that it provides.

Finally, do you think that, one day, you will act in an Anglophone film or would you prefer to stay with French films?

Once again, thank you very much, Kevyn!