Every year, for hundreds of years, the people of Dunkerque have recalled the sacrifices of the lives of their local fishermen with a carnival – not just any old carnival, but one of the noisiest and oddest carnivals in France! 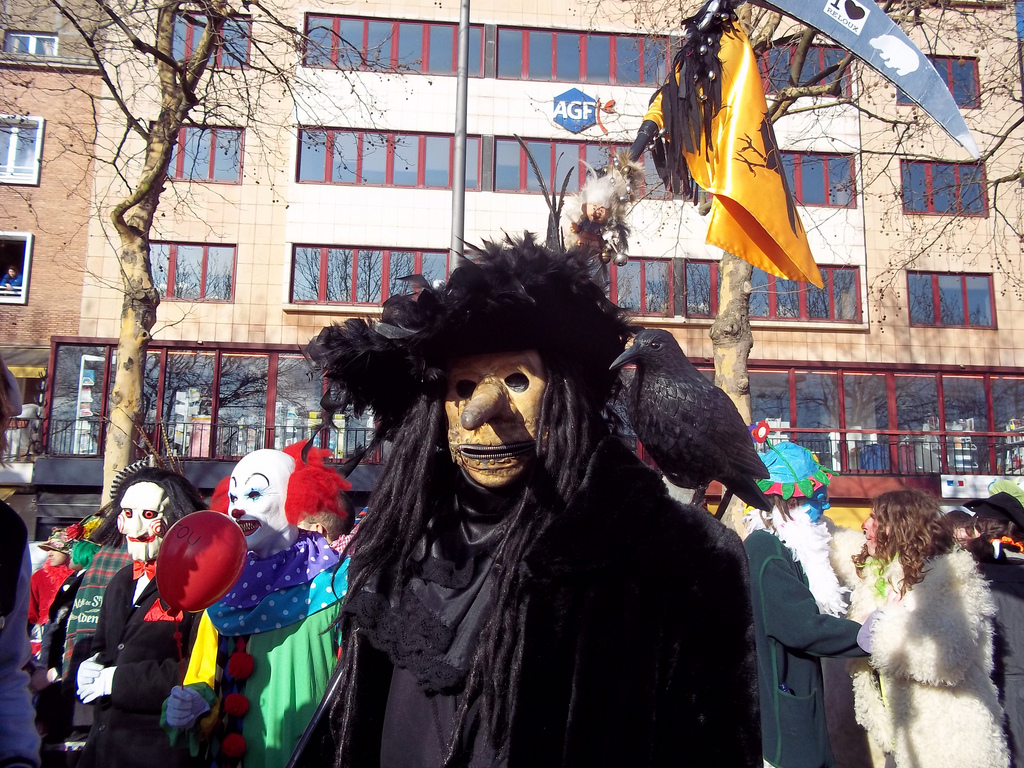 A reveller at the Carnaval de Dunkerque

Dunkerque, or Dunkirk in English, is a small coastal town with a big port – anyone arriving in or departing from France via Dunkerque ferry port might be forgiven for thinking that it’s a bit of a dreary and dull place. But just a short drive into the main town of Dunkerque and it’s a world away from the industrial wastelands around the port. From January to March you’ll find a busy town with a lively atmosphere, and one of the maddest events in France – the Carnaval de Dunkerque.

The Dunkerquois love to party and celebrate their heritage. The Carnaval de Dunkerque takes place over several weeks with a series of weekend balls, and processions with bands playing in the streets of local towns and villages. The events culminate in the Trois Glorieuses – a three day climax of events which take place on the Sunday, Monday and Tuesday before Ash Wednesday each year. 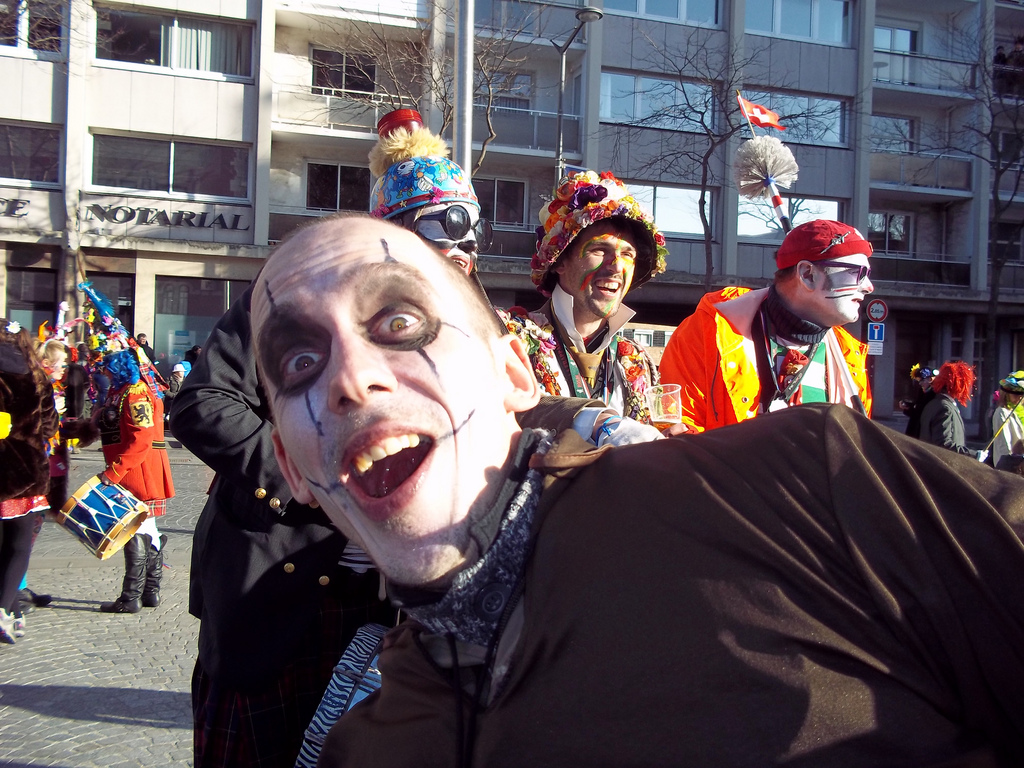 On these three days the town becomes a scene of mayhem and fun. With different bands to see on different days, I chose the Sunday Carnaval – the day when the visscherbende (Fishermen’s Band) was out and about. The visscherbende represents the fishermen of centuries ago who, early each year, would be waved off on their voyages to catch cod in Icelandic waters. The shipping owners and local townspeople held a feast to honour the fishermen before they began their dangerous journey. What began in the 18th century as a simple farewell ceremony, has slowly evolved into the incredibly popular and outrageous Carnaval de Dunkerque we know today.

On Sunday, tens of thousands of revellers took to the streets dressed in outrageous costumes and carrying coloured umbrellas on long handles – the more outlandish and weird, the more the crowds roared their approval! The visscherbende, dressed in yellow sou’westers and commanded by a drum-major, paraded through the streets playing music and singing traditional songs, which presumably only the locals understand as no one else seemed to have a clue! The crowd was expected to join in singing and dancing and making as much noise as possible – the whole place had an atmosphere of excitement, spontaneity and chaos. 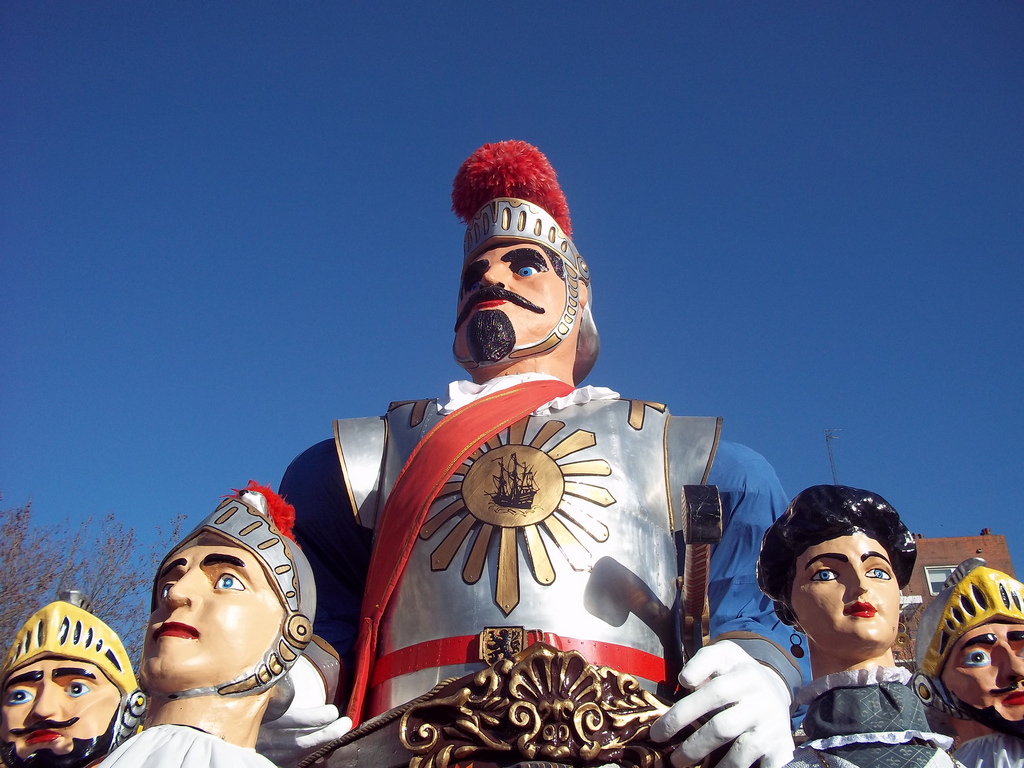 The reuzes – Giants of the North

There were huge puppets called reuzes carried through the town – they are jolly giants and are prevalent in the north of France with origins going back centuries. The reuzes of Dunkerque date back to the 1800s, stand up to eight metres high and are dressed to represent local heroes. The reuzes can be ‘invited’ to festivities where they meet other giants and marriages can occur resulting in new giant children!  Reuze-Papa met his soul mate in Lille in about 1899, she became his wife and took the name reuze-Maman – they have three children and six body guards.

As dusk fell on Sunday, the crowds followed the visscherbende and the reuzes to the town square and called out to the mayor of Dunkerque “Les harengs, les harengs!” This was the cue for the mayor to come out onto the balcony of the Belfry and throw a load of herring into the gathered groups below. 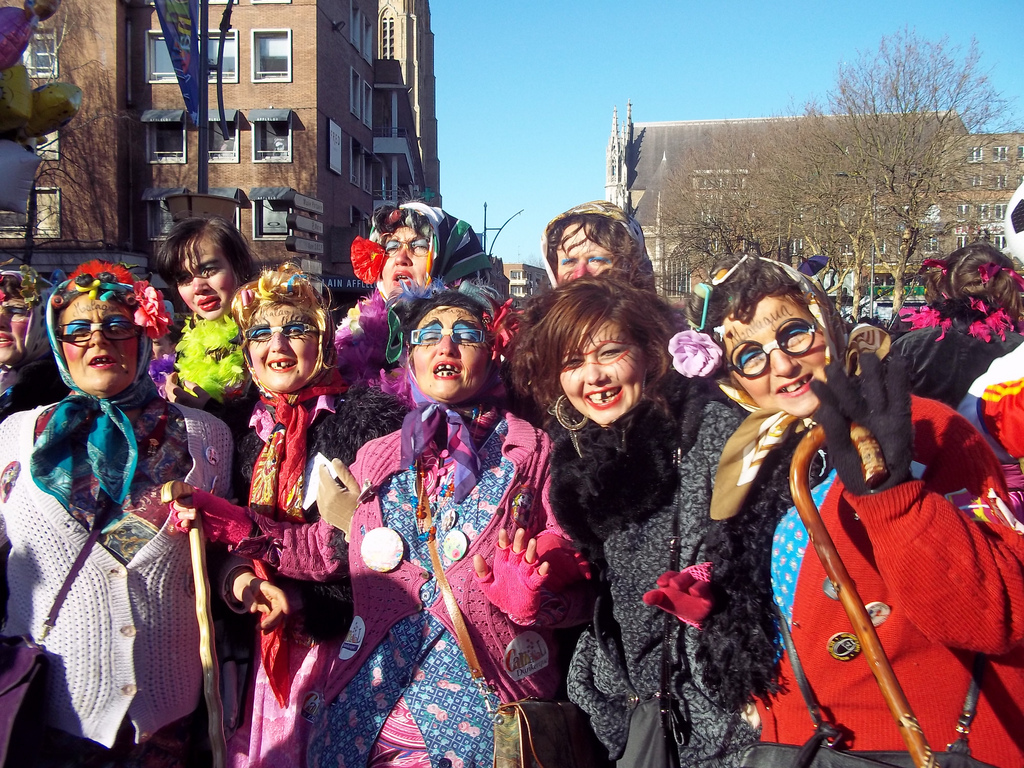 The Dunkerquois know how to party!

Then it was back to Place Jean Bart for the Rigodon – the final jig, a dance and song in honour of local hero Jean Bart. Jean Bart was a naval commander who enjoyed much success against the English and the patronage of Louis XIV – the people of Dunkerque call themselves the children of Jean Bart.

It was a bizarre and colourful event. The Dunkerquoise are amongst the most welcoming and friendly people in France and they really do know how to let their hair down.