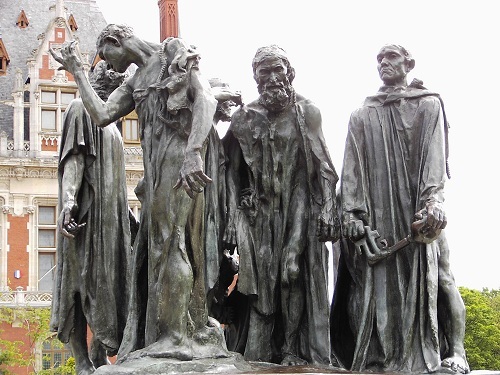 I don’t get it at all.  I live in Pas-de-Calais and I freely admit — we don’t have the heat of the south and we don’t have the vineyards of the Loire. We do have splendid beaches, ancient buildings, fabulous architecture, delightful little villages and a cultural heritage that would be hard to beat.  We also have wide open spaces and awesome landscapes, a tradition of arts and crafts and regional cuisine to tempt the senses. Plus, a thriving beer production industry… and more!

I drove to my home in the lovely Seven Valleys region of Pas-de-Calais from Calais port via the road that runs along the Côte d’Opal (Opal Coast) and was blown away by just how lovely this part of France is. 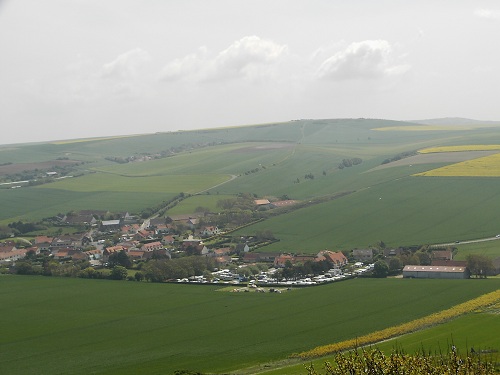 Less than ten minutes by car from the time you get through passport control at Calais to reach the coastal road and the first lovely village on the route to Boulogne, you come across is Sangatte — acres of sandy beaches, fabulous views, a charming sleepy place of bird song and fresh air.

Just a few kilometres on and you come to Blériot Plage — named in honour of the first person to cross the English Channel by air, Louis Blériot. A little further up the winding road and you pass more sleepy towns like Audraselle, a fishing village.

Many of the local houses have homemade boards in the garden advertising fresh fish for sale. Lovely informal and rustic sea food restaurants tempt the locals of Pas-de-Calais to town from miles away. 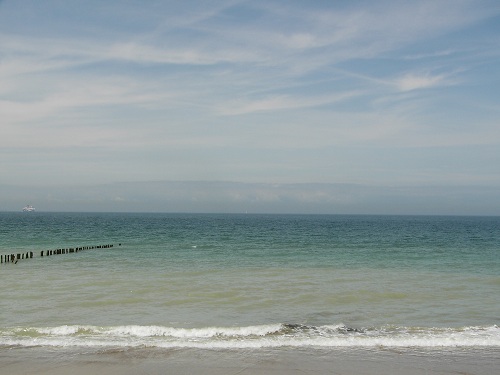 Cap Gris Nez and Cap Blanc Nez — the white and grey cliffs of Calais that face the White Cliffs of Dover — offer stunning views across the Channel. Between them lies the little town of Wissant.

An enchanting, simple place, it lured former French President Charles de Gaulle to its shores for his annual holiday in a quite unremarkable villa opposite the local tennis club. I am sure he must have loved the quietness and the open beauty of the surroundings as much as I do. 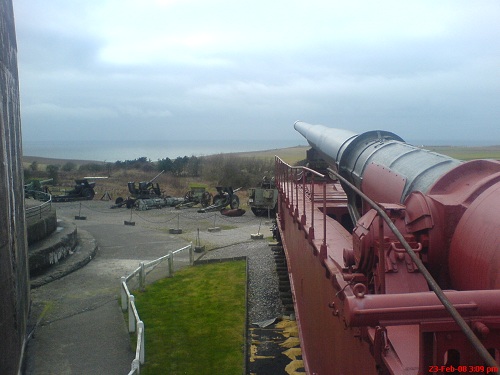 Then on to Ambleteuse where amazingly there is a Vauban-designed fort on the beach surrounded by pathways through the Dunes where wild orchids grow. There’s also a huge German World War II bunker which has been turned into a museum, the Musée de Mur de l’Atlantique: Batterie Todt.

Going into its depths made my hair stand on end; there were uniforms laid out on bunk beds and tables laid as if waiting for the inhabitants of this vast concrete cave to return.  Outside the bunker one of the largest guns I’ve ever seen — a German K5 railway-mounted gun nicknamed “Audinghem Annie” — a very rare piece and stupendously long.

Wimereux is the last village before you reach Boulogne on this road and it is worth the twenty-five minute drive from Calais. Fantastic Edwardian villas, fabulous beach, bars and restaurants — an air of faded elegance pervades this lovely town — an artist’s dream. There is so much to inspire and the light is wonderful. Indeed, Turner himself loved to paint along this coast for its light qualities.

So, to all you people who drive through the region of Nord Pas-de-Calais on the excellent auto routes to elsewhere, I urge you to stop and discover the secret region of France and all it has to offer.