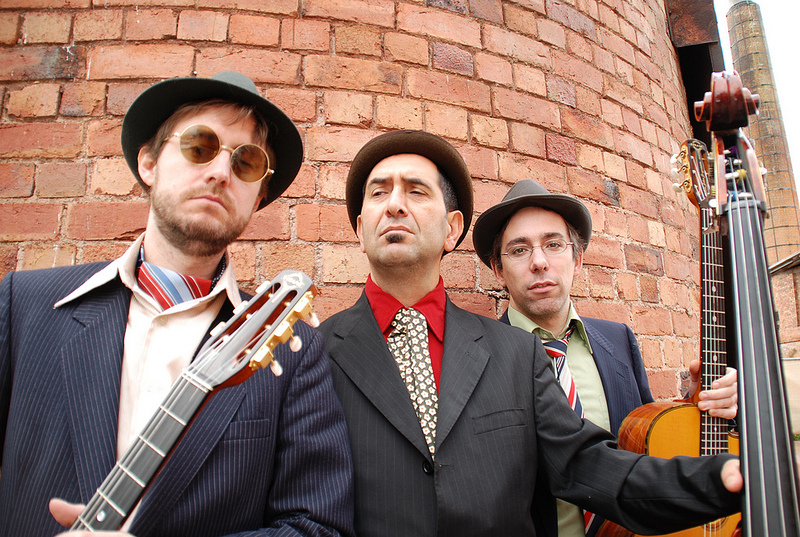 I spoke to Paul Gillett, singer and rhythm guitarist for La Mauvaise Réputation. With Jon Delaney on lead guitar and Enzo Ruberto on double bass, the band brings the romantic and toe-tapping music of 1930s Paris to the heart of Melbourne.

I asked Paul to tell us about the band’s unique style of music:
The mélange that we are undertaking is to mix gypsy swing with French chansons. It’s not really an artificial connection we’re making between these two different styles of French music but it is no longer a very common one.

How did you decide on this genre?
It was Jon [Delaney]’s idea. He was the guy out of all of us who discovered jazz manouche, and we started playing instrumentally. Jon’s thought was that it was a good idea to differentiate ourselves by putting in vocals.

At My French Life™ we often talk of the ‘French thread’ that runs through people’s lives, the thing that we all have in common. Do you think that you have a French thread running through your life, or is it something that you have picked up relatively recently?
I’ve been very interested in France from a cinema point of view for many, many years. Also from a food point of view, or more particularly a cheese point of view. If anything it was cheese that took me to France more than music! 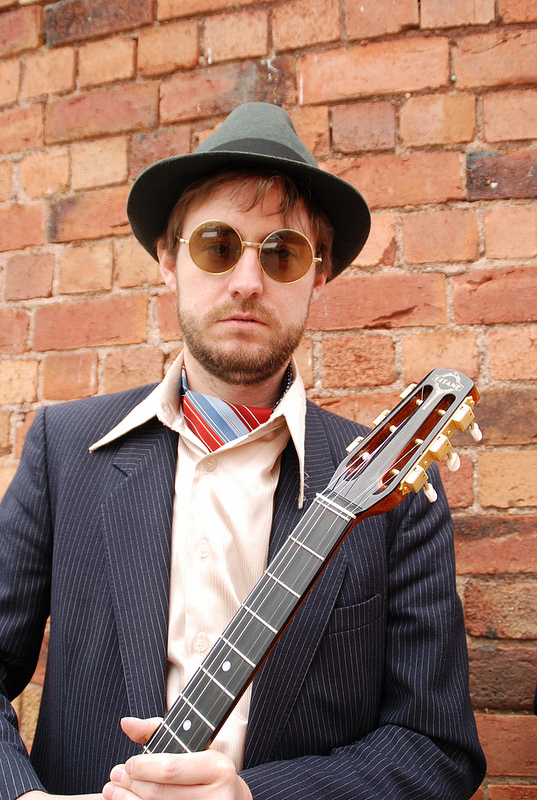 Musically speaking it was comparatively recent. Certainly [in terms of] performing. Listening, I was au fait with French music for a number of years.

With this band, I’ve quite consciously engaged in an exploratory episode of learning more about Django [Reinhardt] and the ‘30s period. Learning about people like Jean Sablon and obviously [Edith] Piaf, but also Georges Ulmer and Rina Ketty.

How do you find the reaction of the Melbournites to your music?
Oh, extremely positive. The music itself is inherently upbeat, so even the slow songs will always have you tapping your feet. And coupled with that is a general feel-good thing (even though a lot of the songs are very sad), the caché and the romance that comes with France and the language.

There seems to be a big jazz scene in Melbourne, obviously with the jazz festival on last week, but also a quite a French connection too… Do you feel that strongly?
Yes, one of the things I’m really pleased with – if I put my foodie hat on again – is the proliferation of French food that isn’t fine dining. It used to be that the only time you’d ever eat French food was when there was a waiter serving snails with a [napkin] over his arm, incredibly formal. Now you’ve got places like Le Triskel, Le Traiteur, and, brilliantly, La Niche which everyone should check out if they haven’t already.

Are there any plans to take the bands to France, to play in Parisian jazz clubs?
We have certainly canvassed the idea of playing in Europe. It’s obviously the heart of this type of music, both historically and in terms of the most fecund scene of live performance. There is a little hesitation in waltzing into Paris as a foreigner and telling the locals how to play jazz, but I’ve found that the French have always been very supportive. 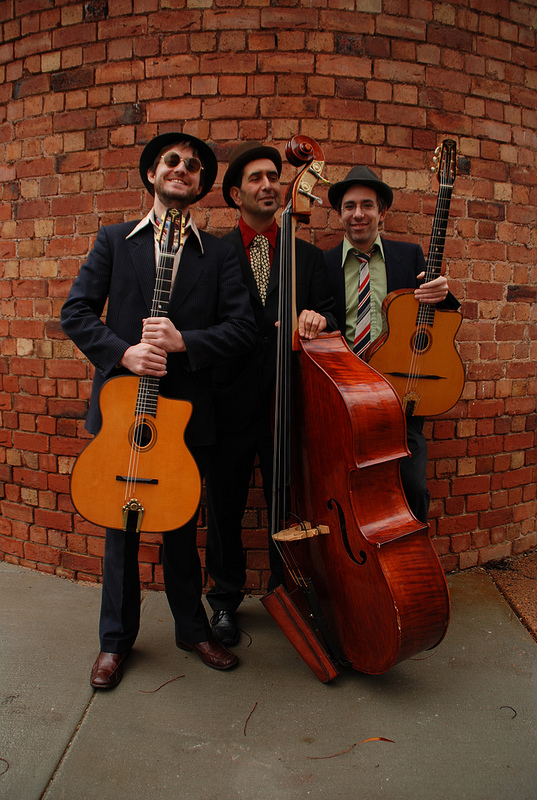 To be honest I think there’s a certain novelty value in the Aussies having a crack at this and, while the French will always feel very free to point out issues with pronunciation, generally they have been very complimentary – they say the accent sounds a bit weird or different or cute. I’m happy with cute!

Our Melbourne readers can see La Mauvaise Réputation play live every Saturday afternoon at Tre Espresso in Brunswick (subject to weather – they play outside!). The band’s debut album, Tours Eiffel en Plastique, is available to purchase on their website and on iTunes.