Paris less visited: The French quais of the 15th arrondissement 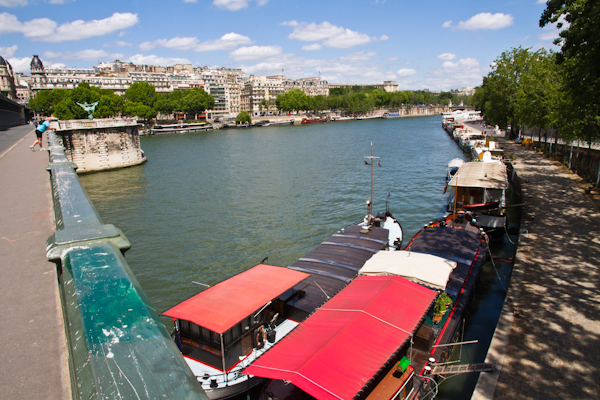 The quais by the river Seine in Paris’s 15th arrondissement just below the Bir-Hakeim bridge are not as visited as the bustling embankments of central Paris. Yet a stroll along these ancient docks with their large cobblestones and hovering trees will bring you back to a Paris of another time, without the hordes of tourists.

Large houseboats line the riverside walkways. I sway between allowing these river dwellers their privacy and curiously peeking in. 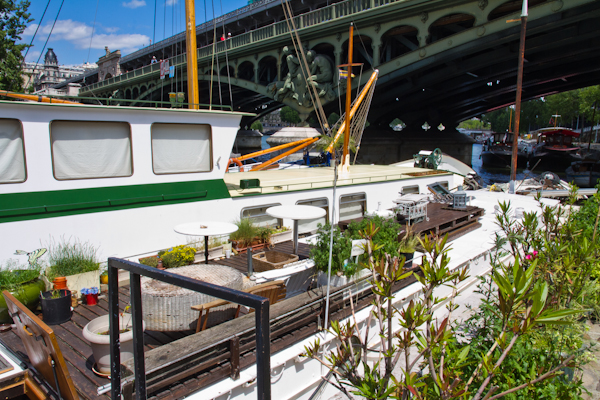 For a longer walk, start to the east of the Eiffel Tower and walk under the Iéna bridge, which unites the 1,050 foot ‘Iron Lady’ with Trocadéro on the right bank, until you reach the Bir-Hakeim bridge.

On Sundays and holidays from 9am to 5pm, the road along the quais between the Musée d’Orsay and the quai Branly (Pont d’Iéna) is closed to motor vehicles. Past the Bir-Hakeim bridge, heading southwest, you can walk up to the André Citroën park.

Of course any visit to the quais of the 15th should include a detour over the Bir-Hakeim bridge and along the narrow man-made island known as the Île aux Cygnes (Island of Swans). It stretches 890 meters long but only eleven meters wide down the center of the Seine. 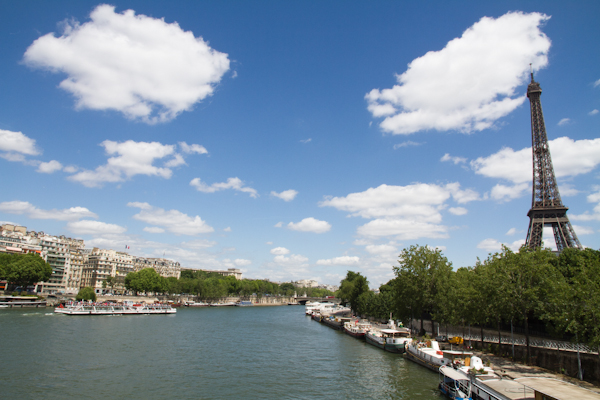 When you reach the southwestern point of the island, you may forget for a moment that you are in Paris. Before you stands one of Paris’s several Statue of Liberty replicas, one-fourth the size of the original in New York Harbor.

The Bir-Hakeim bridge, built between 1903 and 1905, is captivating from both an aesthetic and architectural perspective with its two-level mix of metal, stone and brick. Movie aficionados may recognize the structure from films such as ‘Last Tango in Paris’ and ‘Inception’. 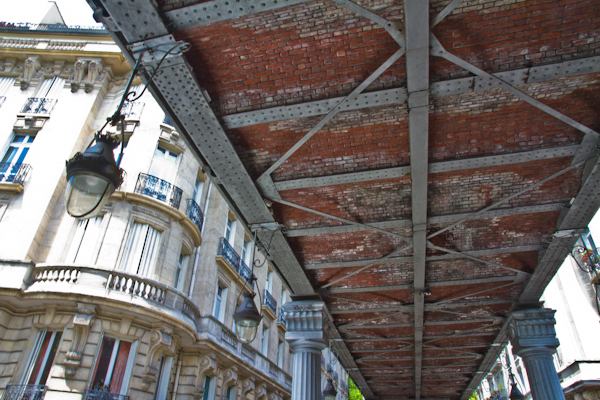 A walk along the eastern side of the bridge will also allow you one of the finest views of the Eiffel tower with the river, cobble-stoned quais and houseboats as foreground. 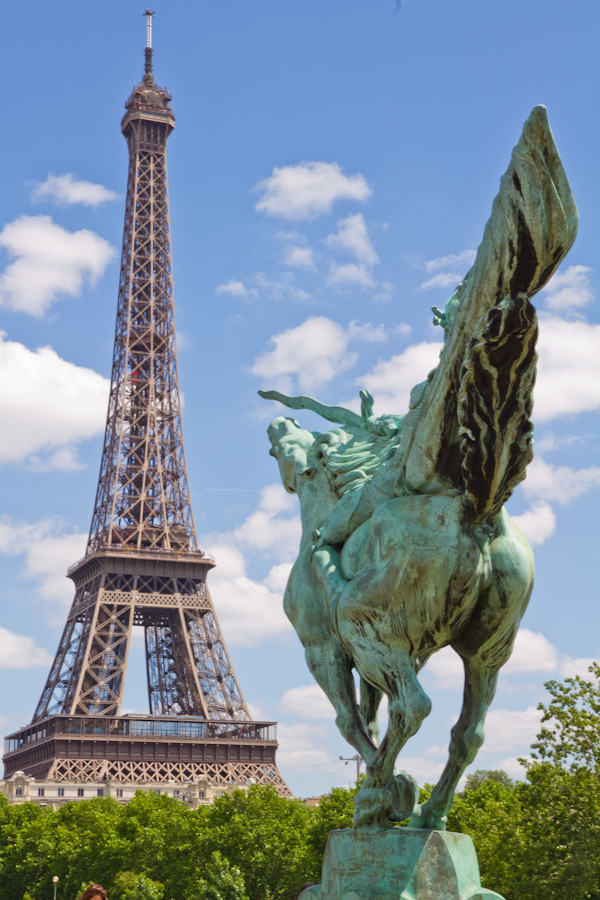