Memories of a wedding in the French Alps 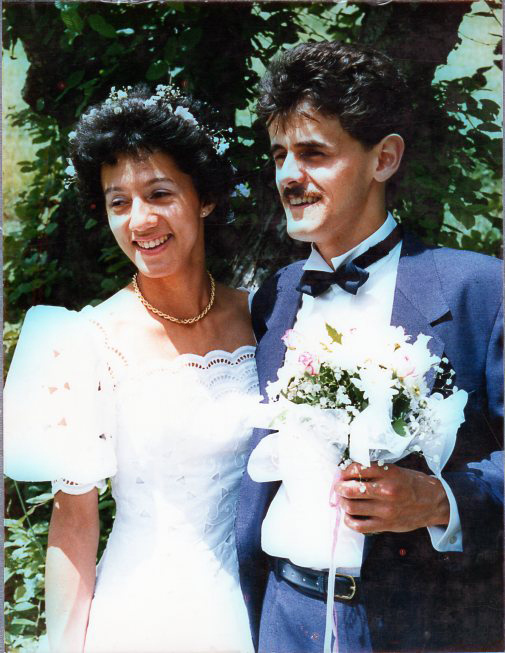 On the first of August of this year, Isabelle and I will celebrate our 25th wedding anniversary. It’s a perfect time to look back on our wedding day in France and relive some very happy memories.

It was a lovely summer day in the little village of Biviers, in the heart of the French Alps. Its proximity to the city of Grenoble has attracted many well-to-do families who are able to drive the 20 minutes to Grenoble for work and shopping. They can also enjoy magnificent views of the Belledonne mountain range and a rural lifestyle.

There are still a few farms in the area, including the dairy farm of the mayor, Monsieur Charpentier. His cows walk past the wooden chalet of Isabelle’s parents twice a day to go for pasture in the nearby field of the Saint-Hughes Convent. 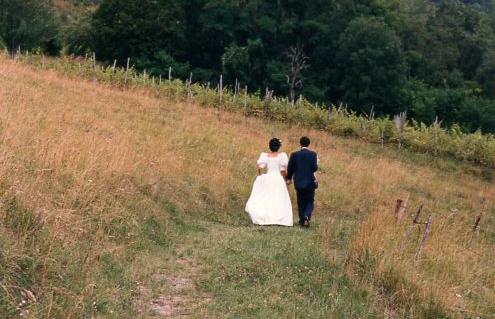 The Belledonne is where Isabelle and I had met a year before. I was back in my hometown, having left it with my parents thirteen years earlier to go to Melbourne. On a hike with the Club Montagne Amitié Soleil which I had just joined, there was a violent storm.

As lightning was falling around us, I had a coup de foudre (stroke of lightning) – a French expression meaning love at first sight. That’s when I saw Isabelle, the love of my life, for the first time. 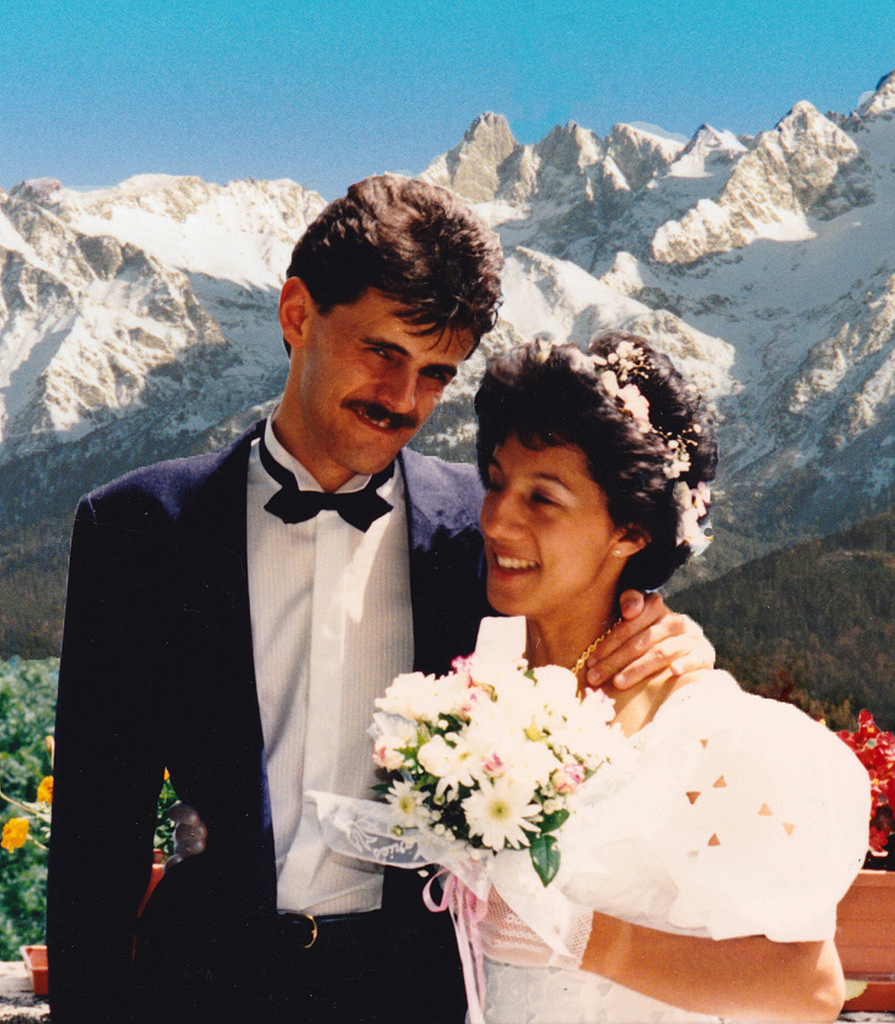 Families from the six corners of the hexagon, as the French like to call their country, had arrived the previous day. My parents had flown from Melbourne a week before.

The preparations had involved family and friends. My uncle Gérard printed the invitations. The caterer and the supplier of dragées (almonds covered in sugar that are traditionally given to guests at weddings) were acquaintances. Père Louis, who was a friend of Isabelle’s family, agreed to officiate at our wedding.

Isabelle was magnifique in her dress with lace and flowers in her hair. We walked from her house to the mairie where Monsieur Charpentier was waiting for us. His speech was very warm as he knew Isabelle’s family well. I proudly held my livret de famille and noticed that there was room to register eight children – a legacy of our parents’ generation where large families were common. 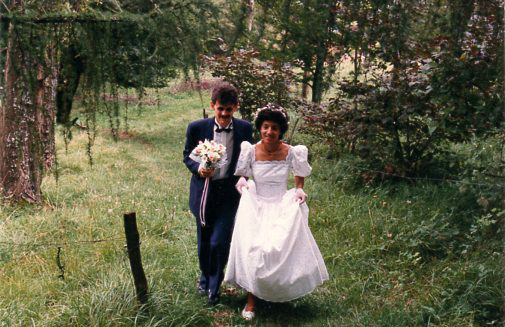 The church was small enough to be intimate yet large enough to accommodate all our friends and family, who congratulated us after the beautiful and moving service that Père Louis had prepared. 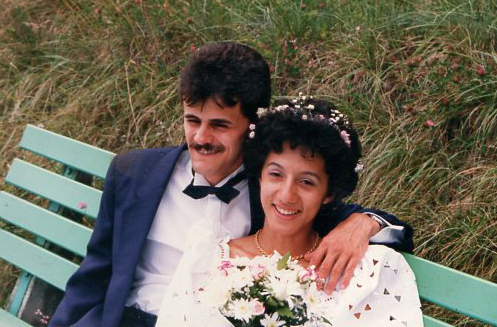 A merry cortège of men, women and children walked back to Isabelle’s house. They were happy to be united for such a joyous occasion and were looking forward to the festivities. A very pleasant apéritif in the garden followed.

We had reserved a lovely reception place for dinner and decorated it the day before. A palate cleanser (sorbet or calvados) was served between each dish. We all sang classic songs such as ‘À la claire fontaine’ and amusing ones such as ‘J’entends le lit qui craque’ (‘I hear the bed creaking’). 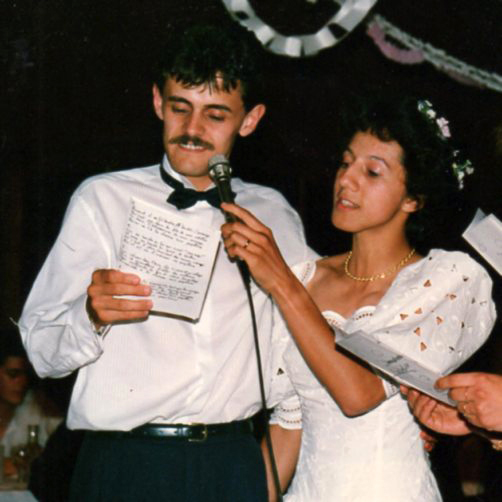 The dessert was a traditional pièce montée with cream-filled choux and was covered in caramel. 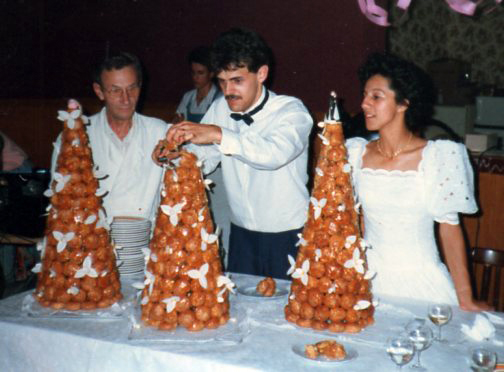 We left before the end to rest after this busy day because we knew what awaited us. After the guests had enjoyed a soupe à l’onion in the early hours of the morning, Isabelle’s brother and their friends came knocking on our door for the traditional chamber pot. It was filled with chocolate and champagne and decorated with toilet paper and we had a drink out of it. It’s a tradition known as la rôtie.

Now we have three children aged 22, 19 and 13 and we are preparing to celebrate our silver anniversary in the smaller but very pretty mountains of the Dandenong ranges.

All images by Pascal Inard