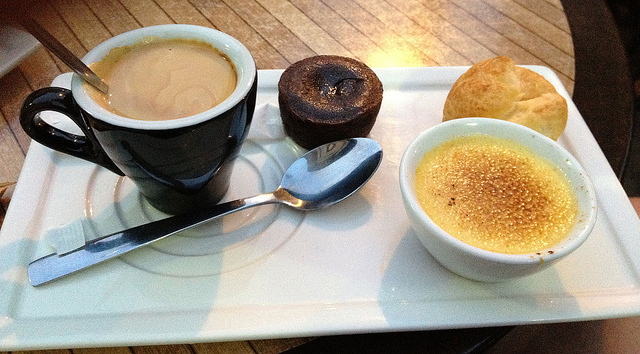 One of the best inventions in French cuisine in recent years, in my opinion, is the café gourmand.

I’m not big on desserts. Also I think that the best and most inventive dishes in French restaurants are the entrées. By the time dessert comes, I’ve usually had enough to eat. What I really prefer is a cup of coffee with a little tidbit on the side. And that is exactly what a café gourmand is, except that there are usually three or four different little tidbits. 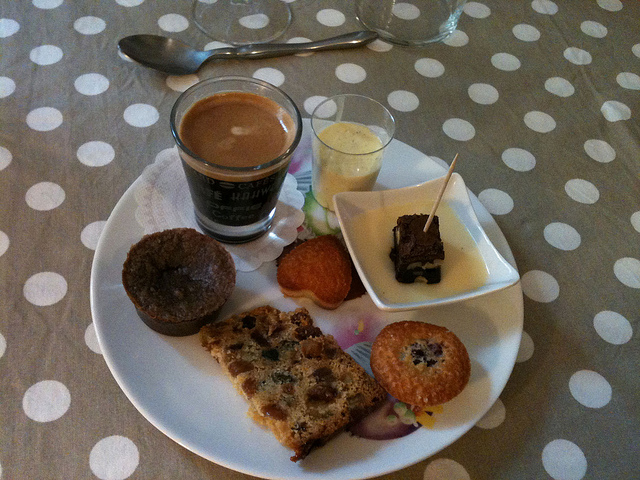 ‘Gourmand’ is an interesting word in itself. It sort of means ‘greedy’ but with a more positive connotation. Far from being negative like ‘greedy’ though, ‘gourmand’ usually indicates someone who likes their food and finds it hard to resist the temptation for more. “Je n’ai plus faim. C’est de la gourmandise.” (“I’m not hungry any more. It’s just for pleasure.”) This is a perfectly acceptable French way of taking another helping, even when you’ve already had enough to eat. 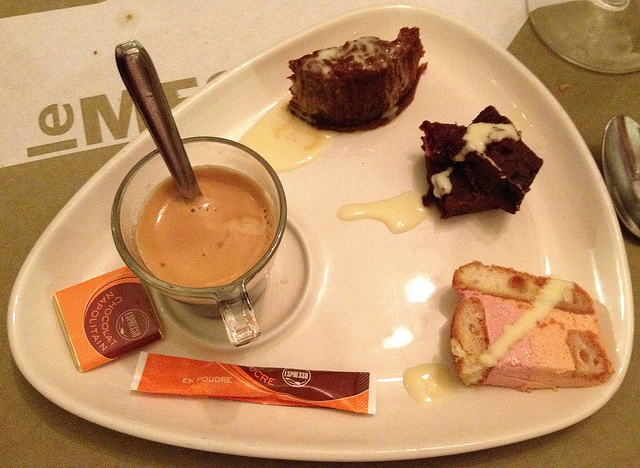 A café gourmand is usually presented on a large plate – often of unusual shape – with a coffee cup and several mini desserts on top. These can be in the form of a small slice of something, such as a chocolate cake. Or they can come in a miniature container, such as a tiny crème brulée. You can ask the waiter what’s on special that day but you can’t order anything in particular. 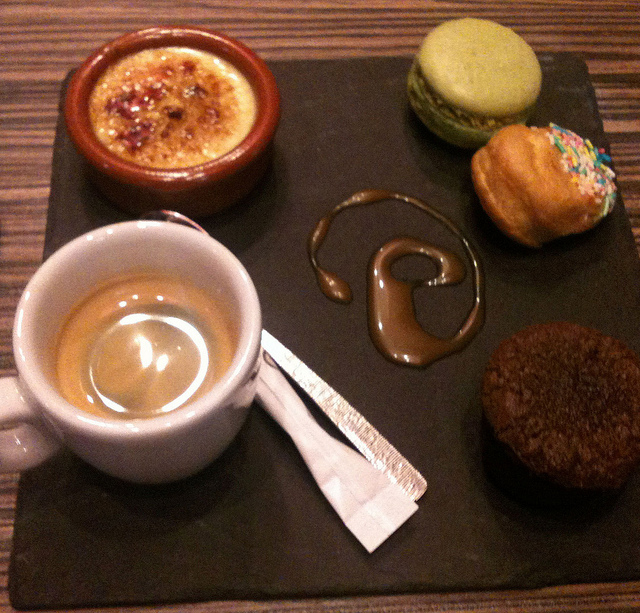 And of course you’re not just limited to coffee – you can also choose decaffeinated or milk coffee, or tea. You might have to pay a little extra for these. A café gourmand is always very reasonably priced, usually less than a dessert and always less than both dessert and coffee ordered separately. So enjoy! 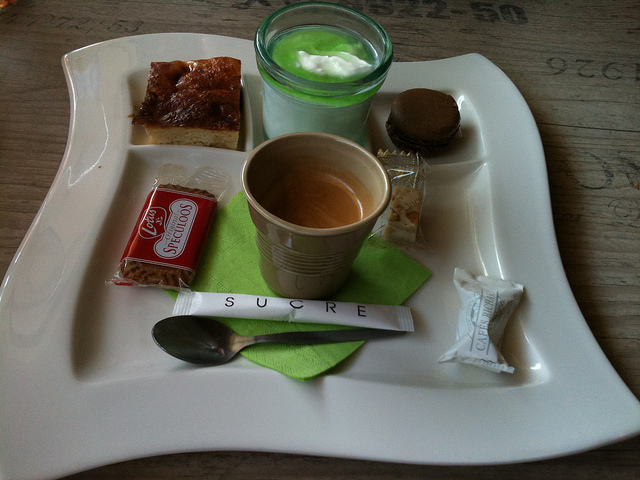 From the photos in this article, the café gourmand at ‘L’Appart’thé’ is my favourite (image one). What about you? What’s your favourite?