The best of French in Melbourne: Let them eat… macarons 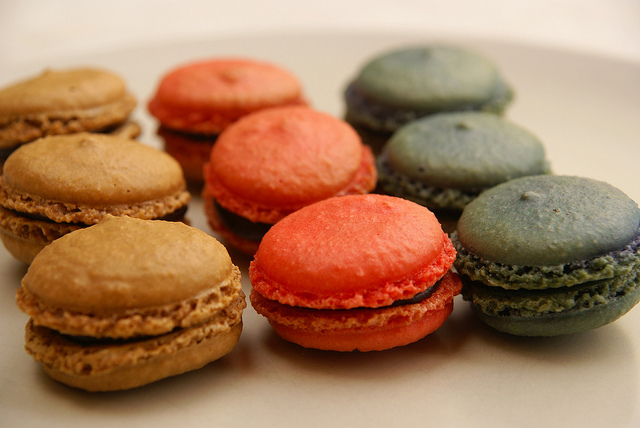 There seems to be a new cake in town. An interloper, sunning itself innocuously in the glass cases and bain-maries of cafes. Crowds of them crouch in shopfronts like a brightly-dressed gang.

Casually sitting beside the vanilla slice and towering muffins, it is their jazzy cousin, the macaron. Sleek and cool and dressed in loud colours, reds and greens that must never be seen are snapped up in droves, sucked down with foamy cappuccinos and thin-skinned lattes. But how has this modern French sweet come to captivate so many in Melbourne?

Think of the origins of macarons and you’re undoubtedly in Paris. There’s a little accordion playing in the soundtrack of your mind as you beat along the cobblestones – and stop at the door of Ladurée.

Peer into the window and you’ll see lunching ladies, as dainty and formal as poodles, their watches glinting and the lights bouncing off their sleek hairdos as they sip tea. As you take in the pastel pinks and smell the sweetness of baked pastry, you’ll undoubtedly find macarons on silver trays. 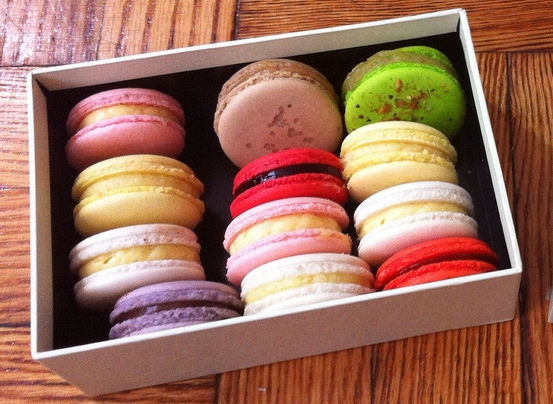 The macaron’s precise origins are debatable, and it may never be known who exactly dreamed up the concoction of meringues laced with almond buttressing, a creamy filling. Somehow, these elements have permeated the mid-morning ritual. Judging by the millions of them eaten yearly, they will keep on their merry, flamboyant way for years to come.

Now they are everywhere, and in every colour and flavour formulation you can think of. On ‘MasterChef’, kalamata olive and beetroot-flavoured macarons competed for notoriety with the giant sticky croquembouche. Later people queued for hours to taste them fresh from the hands of Adriano Zumbo, the man who brought them there. Cookery books overflow with macaron recipes. It seems that they are not out of the realm of the more adventurous household baker.

Sifting through some makeup recently, I was surprised to have the small print correct me: what I thought was an ordinary pot of lip gloss was actually flavoured ‘lip macaron’. Ooh la la.

My own experiences have not been so positive. Often they aren’t made with love and tenderness, and it’s hard to see their appeal when embarking upon chewing a macaron out of a packet.

The colour seems forced, as if the dye bled itself out into an ungainly, unnatural shade – mixed in with whites in the oven perhaps? Two hard shells and a gloomy, uninspired filling that mimics the taste of something tangible are all a store-bought macaron offers. A few minutes of absent-minded teething pass and you and your stomach are left to comprehend the rest of your teatime drink.

But there is hope yet. Burch & Purchese, the famed patisserie wizards from London with a store in Melbourne, pride themselves on their gourmet sweets, and you can’t have a catered morning tea without a customary plate. 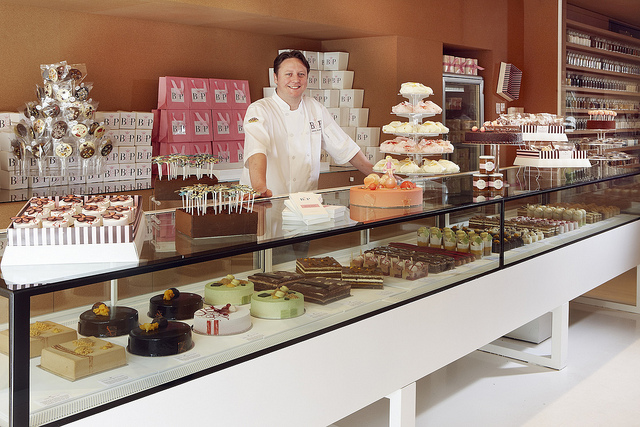 Perhaps the macaron has become so commonplace in Australia as it’s a distant relation of the pride and joy of Australian baking – the pavlova. The foundation of this national treasure is the stiff whipped peaks of meringue, burnished gold ever so slightly in the oven and heaving with fruit and cream. The best macarons, too, are those which respect the ratio of almond to meringue, and incorporate flavours carefully.

I have yet to a taste a pavlova macaron, but no doubt some inventive whiz on a TV cookery show will give it a go, kicking a goal for Franco-Australian relations. What macaron flavours would you give an Aussie twist to?