A Guy’s Guide to Culture: Radauer-Plank & Dumont – Why B-minor when you can C A-major? 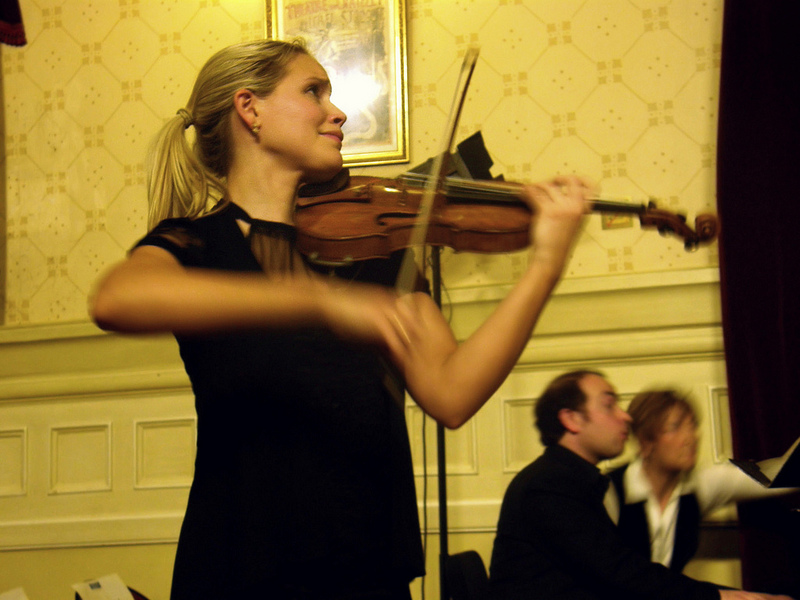 The picture in the concert’s program makes it appear as though Ms Radauer-Plank is not only A-Sharp violinist but also that she is posing behind her instrument wearing only in her ‘Eve in the Garden’ costume. I instantly understand what more intelligent critics than I mean when they talk about the ‘Romantic’ period. What, you think I’m too much of a guy to be mature about this? C’mon now, I can Handel it, don’t be Hayden. 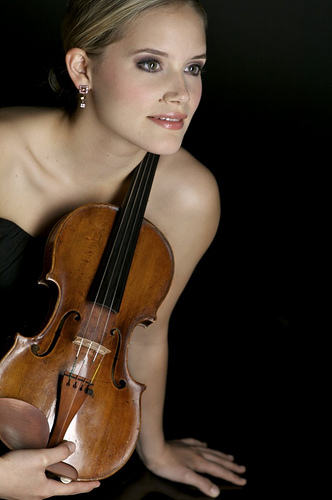 18:14 But she is beautiful. Like the Claudia Schiffer of classical music. Cover girl for the SI (Stravinsky, Ivor) swimsuit issue. If Bach ever scored Baywatch, Marie would so be the lead lifeguard.

18:23 She looks like the music is so sad it’s making her cry. Or maybe it’s my writing skills.

18:27 The music, after a sad first song, is pretty bouncy now. (Oh, you want names? I think the first one was Beethoven, ‘Sonata n°8 Pour Violin et Piano’, and the bouncy one is Gabriel Fauré, ‘First Sonata in La Major for Violin & Piano’. Hey, I can read a program as well as the next guy).

18:33 Oops, an encore. I don’t know if that means this is the Fauré and the sad then bouncy one was Beethoven or if we’re completely off the program, writing our own notes, breaking the scales and not stopping for rests anymore. (Apparently I can read a program as well as the next guy if the next guy is a feral child raised by rabid squirrels in a trailer park). 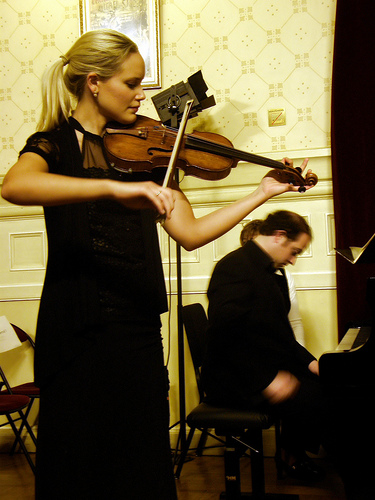 18:39 Marie has a very expressive style. She really gets into it. Like how I used to perform Peter Gabriel’s ‘Don’t Give Up’ in my basement bedroom pretending I was on stage at Red Rocks, Colorado. That kind of into it.

18:48 That last song was light and playful. Very kitteny. Even the pianist cracked a smile.

18:49 If they ever need a centerfold for ‘Sax and Violins’, I know just where they should start searching.

Oh no! During the intermission, the rep from Integral Classic told me Marie Radauer-Plank was afraid of me! Me! She saw me taking all these notes for you guys and was afraid I was ripping her apart. You know what? Maybe I’m better off letting her believe that. 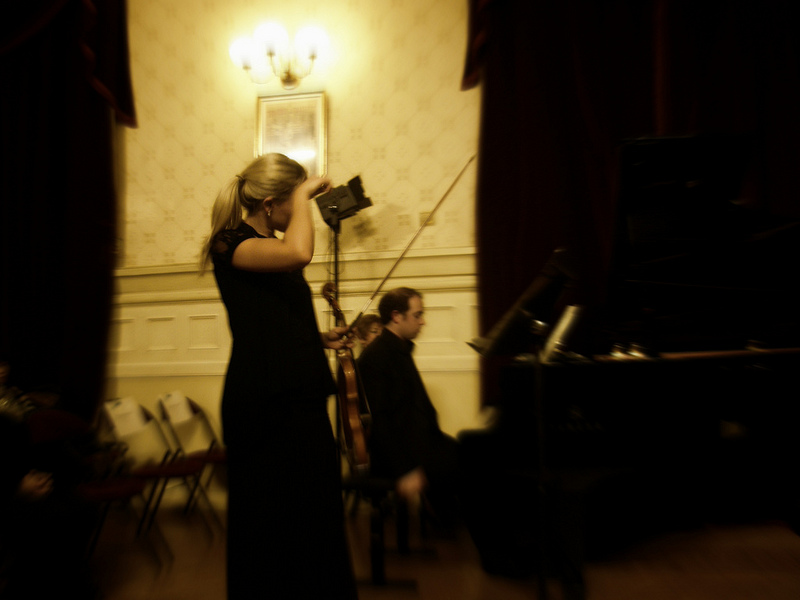