Villainous or vindicated? An interview with a French icon

Coco Chanel is a woman of mystery. A long-lasting icon of French style and design, she has been depicted as a trailblazer, a villain, and everything in between.

In a previously unpublished interview, Chanel speaks with journalist turned World War II soldier and spy, Malcolm Muggeridge. The September 1944 interview addresses an issue that has long been speculated over: the nature of Chanel’s involvement with the Nazis in Vichy France.

In this interview we have, for perhaps the first time, a true sense of Coco Chanel’s personality. She addresses each accusation placed on her with quick wit, and measured words. Her manner seems frank and unforgiving.

Her first words to Muggeridge are biting, immediately informing him that he is not the one in charge: “I believe you have come to liberate us. How very solicitous of you.”

She is not afraid to protect or defend herself, nor is she afraid to speak her mind. She gives her opinions without pretext, presenting views that could be considered controversial.

“It is odd how my feelings have evolved,” she says of the FFI (French Forces of the Interior), and their investigations into her Nazi involvement.

“At first, their conduct incensed me. Now, I feel almost sorry for those ruffians. One should refrain from contempt for the baser specimens of humanity, for whom liberation amounts to shaving the heads of women who have slept with Germans.”

From the ‘French perspective’ This interview didn’t so much serve to clear Chanel’s murky past. What it did present me with was the idea that we are often quick to condemn without truly comprehending.

One thing I have learnt through discussions with French natives on the issues in their country is that we cannot ever truly understand as outsiders looking in.

Views on ‘good’ and ‘bad’ in Vichy France 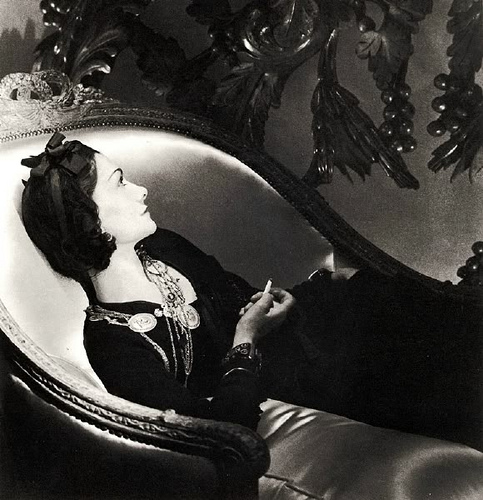 In her interview with Muggeridge, she purports to side with neither the Allies nor their opponents. “A liberation culminating in the shaving of women’s heads” is no liberation at all for her.

She summarises her stance best in one sentence: “Nobody has ever told Coco Chanel what to think.” Nor do I believe they ever will.

Should Chanel be condemned, or have certain complexities been overlooked?