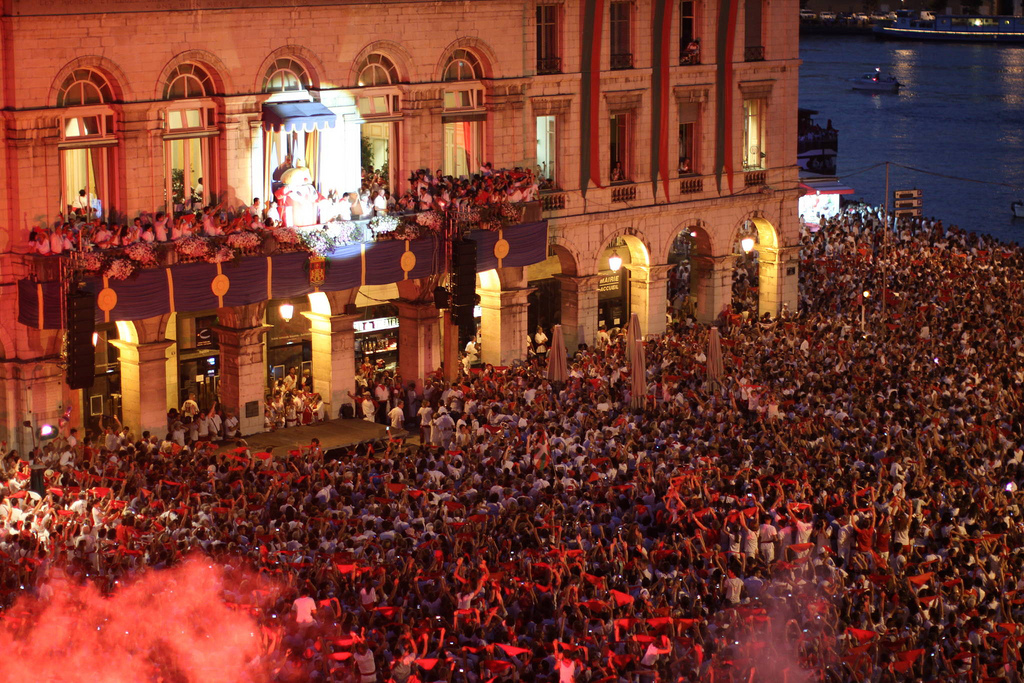 Even if you have never heard of les Fêtes de Bayonne in France you have probably seen pictures depicting one of France’s largest festivals. Located in Basque country, it began in the 1930s and was modeled on les Fêtes de Pampelune.

Situated near France’s Atlantic coast, Bayonne is completely transformed for five days during this summer festival. The population of the small city soars to over one million and the residents go all out for les fêtes. The mayor even hands over the keys of the city to the people, figuratively of course. There are events all around the city, ranging from free concerts to the famous Bull Run. Everyone wears red and white and the atmosphere is ripe with the party spirit.

Some people travel miles each day to attend the festival. Even in Biarritz, which is eight miles away from Bayonne, people walk around in their white pants and shirts, red bandanas and belts – the standard fête de Bayonne attire.

Going to the festival every day would be way too tiring for little old me. Besides, I had to work. So I just went along for the first night. This is apparently the best time to go, before the streets become too littered. And what a night it was. 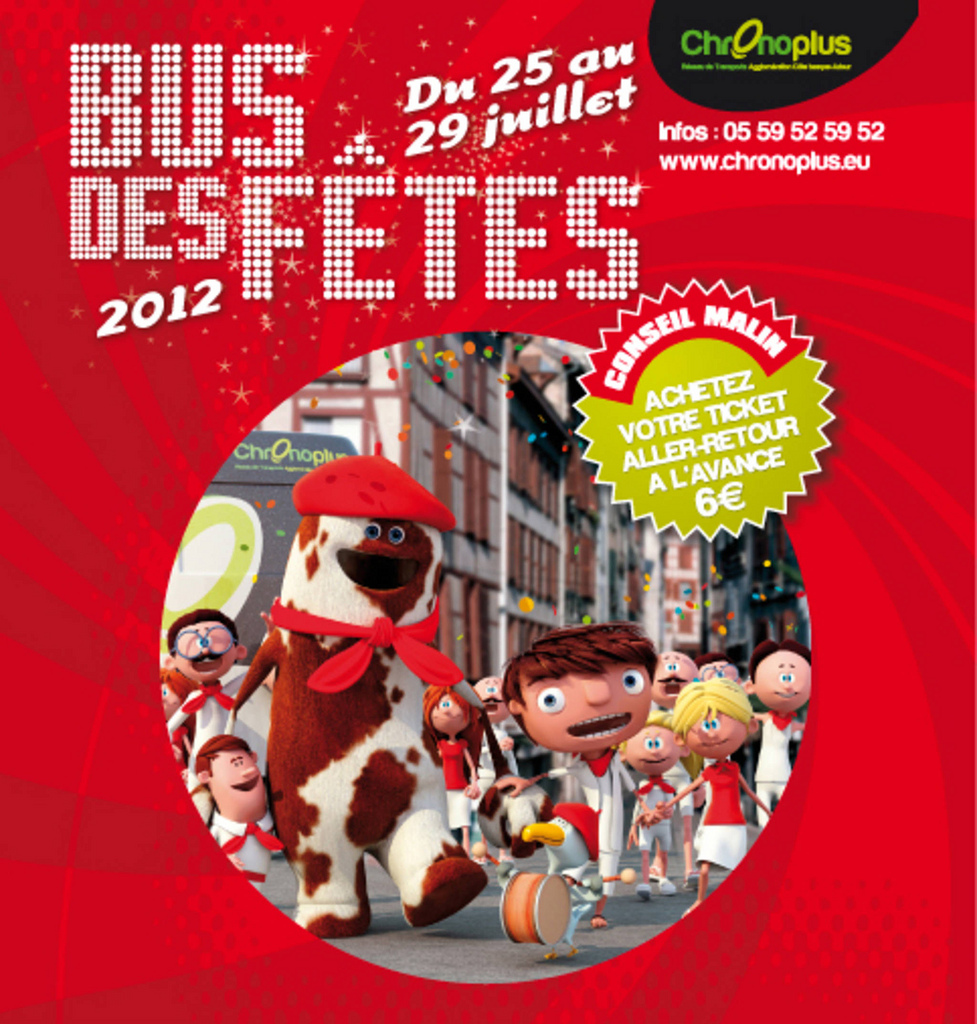 Equipped with bottles of wine, a couple of friends and I got dressed in the festival’s colors and headed to the bus stop to hop on the party bus. Le bus des fêtes was literally that – a party in a bus. Normally it takes around 20 minutes to travel from Biarritz to Bayonne. This trip took almost an hour with passengers singing French drinking songs and jumping around. 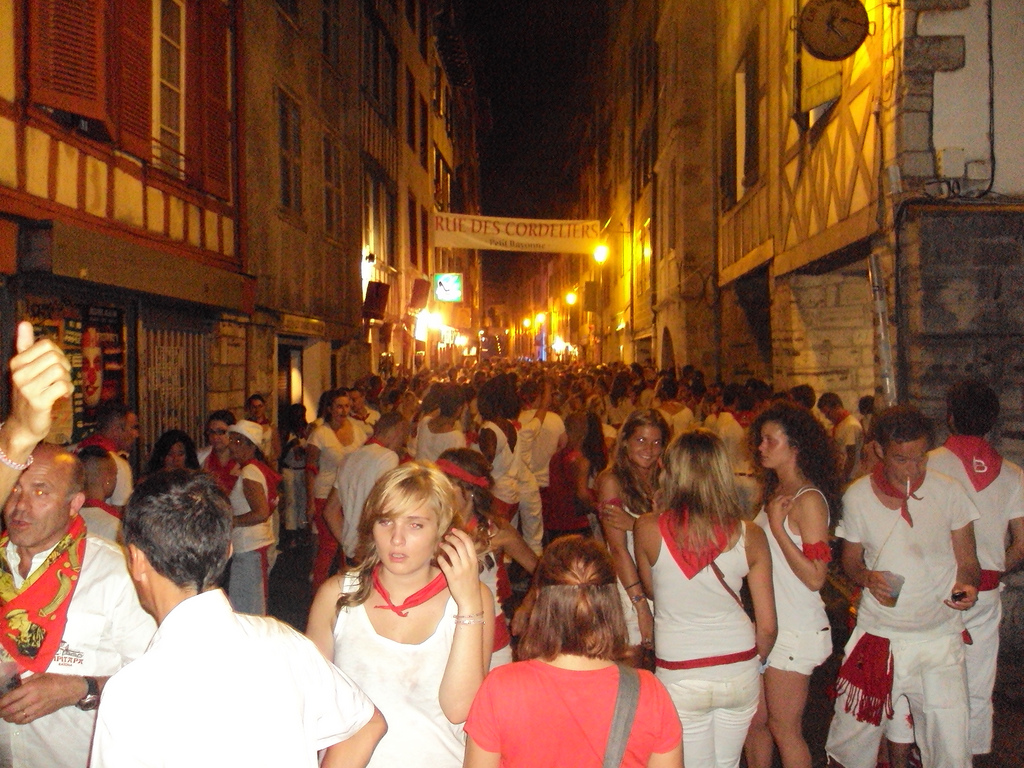 By the time we got to Bayonne the evening party was in full swing. We met up with some more friends and worked our way through the crowded streets to see another friend play a show. Needless to say, we never made it. The streets were so packed that it took all of five minutes to lose everyone else in our group. But we were content to wander through the crowds, basking in the party atmosphere and picking up a glass of sangria here and there. 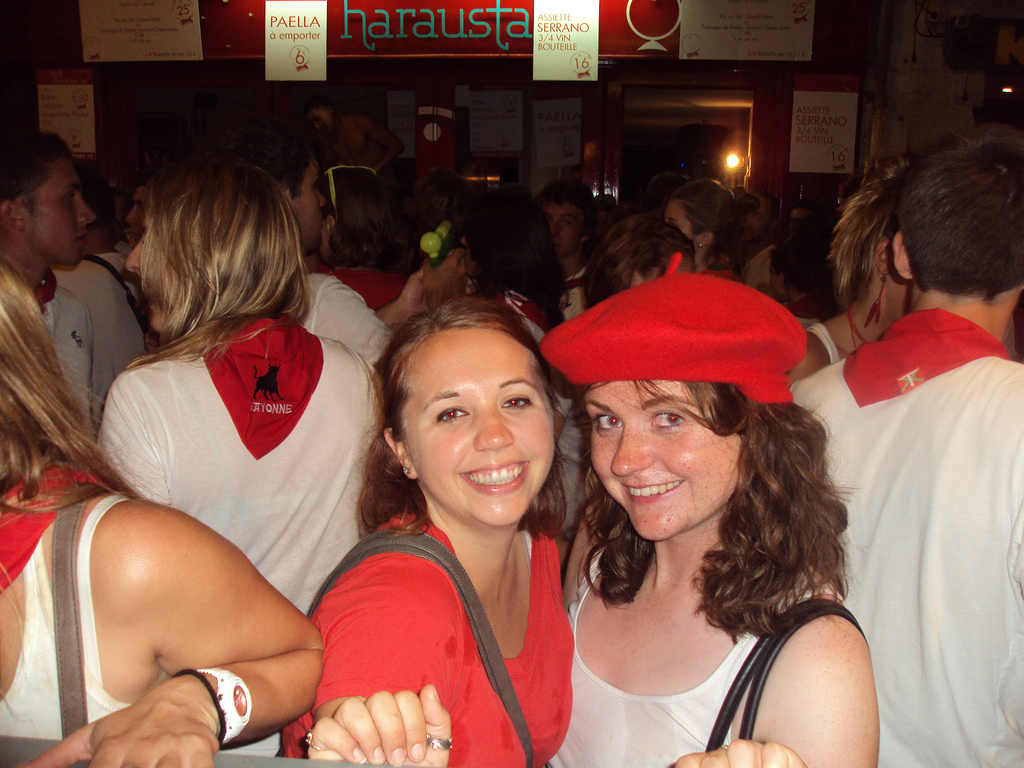 The evening went by entirely too quickly but it was worth every moment. Les fêtes de Bayonne is definitely a must-do for anyone who likes a good party or wants to delve into the Basque lifestyle and culture. Unfortunately, I never got the chance to go during the day, but there’s always next year.