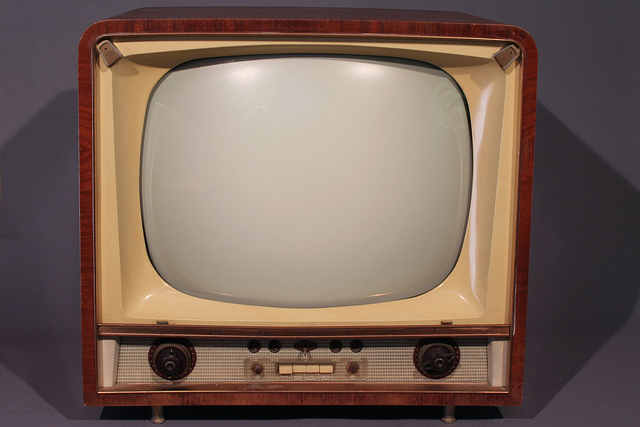 It was quite an event when television first appeared in my household in the late 1950s – I was about five or six years old. Our black and white TV set was a box with a small screen, under which there were a few basic buttons to turn it on and tune it. I remember that a boxing match was on the first time we turned it on.

There was not much TV programming at the time in France; TV broadcasting was a state monopoly. There was only one channel, with a few hours of programming every evening, and kid shows on Thursday afternoon because there was no school that day. On Saturday and Sunday afternoon, there were sports and variety shows.

I did not like kid shows, but here are three shows that I loved watching: 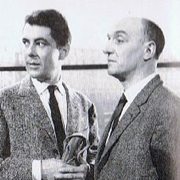 One of the first French TV series, it premiered on January 21, 1962, and featured a total of 36 episodes, each 26 minutes long.

At that time, my parents owned a café in the town of Orchies, in northern France. Sunday nights were very busy, so my father would make pâté sandwiches for my brother and me, and we would buy French fries from the baraque à frites on the town square. We would eat our sandwiches and fries while watching the show, and then it was time for bed.

I do not remember much from this series, except that I loved it, and that the protagonist, played by Philippe Nicaud, was quite dapper and wore a trench coat.

This series ran for 52 episodes of 30 minutes each, from November 3, 1963 to March 27, 1966. Thierry la Fronde was named after his weapon of choice – a sling. The action took place during the Hundred Years War, and Thierry was a young, rebellious nobleman who, having been arrested, had escaped and chosen to become an outlaw. Very much like Robin Hood, he lived in a forest, with a few faithful companions.

This series made the actor Jean-Claude Drouot famous – women found him incredibly handsome (not my type at all, but he was good-looking, and, hey, men in tights are always hot). Also, my cousins, my brother and I played ‘Thierry la Fronde’ forever. This show was an integral part of our TV-watching, and its opening credits and theme song are still deeply engraved in my brain. 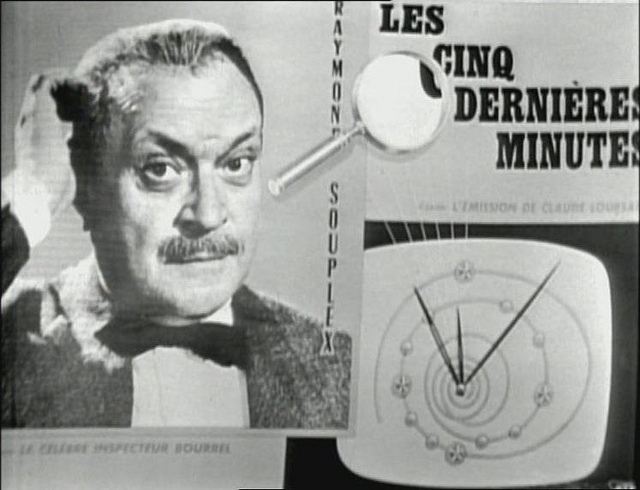 This murder-mystery series, probably one of the most enduring in the history of French TV, was phenomenal. This was due to the casting of the great actor Raymond Souplex as Inspecteur Bourrel who, right before revealing the culprit’s identity at the end of each show, would always pronounce the words « Bon Dieu! Mais c’est bien sûr ! » (“By God! That’s obvious!”).

Souplex, who passed away in November, 1972, played the part of Bourrel from 1958 until his death. More episodes were broadcast from 1975 to 1996 with other actors, each playing a new detective. This series was extremely well written, and it is amazing that Raymond Souplex, who was not particularly good-looking, was nearly sixty years old when it started.

I liked other shows on French TV – in the late sixties I enjoyed ‘Les Chevaliers du Ciel’, based on a comic strip about two French Air Force jet pilots. I also watched many American TV series dubbed in French, from ‘Les Aventures de Rin Tin Tin’ to ‘Au Nom de la Loi’ (‘Wanted: Dead or Alive’) and, of course, ‘Columbo’.

What about you? What were your favorite French TV shows when you were a child?