Secrets to starting a new life in France 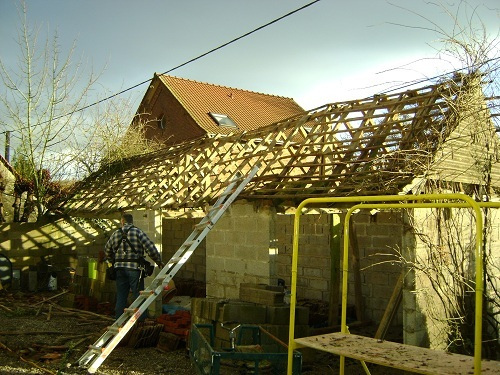 When I first saw the unloved and unwanted house in an isolated village in France, I was wearing rose-coloured glasses. Actually I think I was wearing glasses with lens caps over the front of them.

When I look back on it now, I really don’t know how I saw past the crappy tiled floor, the dire breeze block walls, the patches of damp and gaping holes in the roof, the corrugated iron roof and doors and the rickety ladder to the first floor. I didn’t think, “My God, this French house is an utter hovel – what on earth am I thinking?”

Instead I saw light airy rooms, aeons old oak beams and all around beautiful rural countryside. I agreed to buy it there and then.

Within three months the paperwork was completed, I sat with the notaire in his office in a nearby town, initialling page after page of the acte authentique – it was a fait accompli. 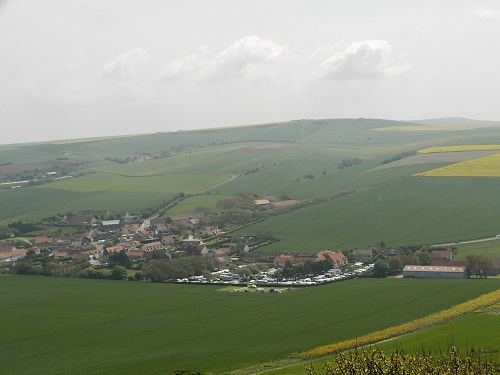 During the first stage of my relationship with this house I was working in London. I spent one weekend in four at the house. My husband and I would ride our motorbike down the motorway, hop on the ‘Eurostar’ train to Calais and spend idyllic weekends talking about how we would renovate our new home one day.

We found out that our house had served several functions over the years. It had been the village pub, telephone exchange and an animal barn. One room has an ancient flint stone wall – it’s quite lovely. The beams are age-darkened and huge. We think that the oldest part of the house is between three and four hundred years old and we knew that we would never have another house quite like this one.

Now that we live here and are renovating it ourselves – we hope that we never will have another house like this. 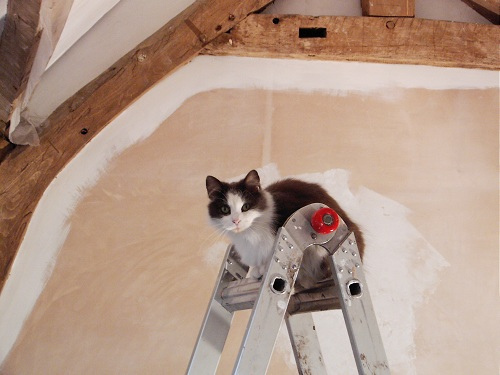 We have had to undertake huge structural restoration to make sure the building doesn’t fall down. We found that previous occupants had ‘insulated’ every wall and floor with a layer of mud mixed with milk and straw – up to half a metre thick in places. We have unearthed animal skeletons and vermin nests.

What we thought would take us a couple of years at most to complete has now been going on for four years, and we still have a way to go. We have done absolutely everything ourselves from plumbing to roofing and tiling. It has taken far longer time than we ever dreamed, cost more money than we have and caused us injury!

And yet… I love the house and my new life and think I am a very lucky to be living in France. No business suits for me – my rigger boots are de rigeur; no nail varnish or make-up either – instead you will find me with broken nails and paint smeared skin.