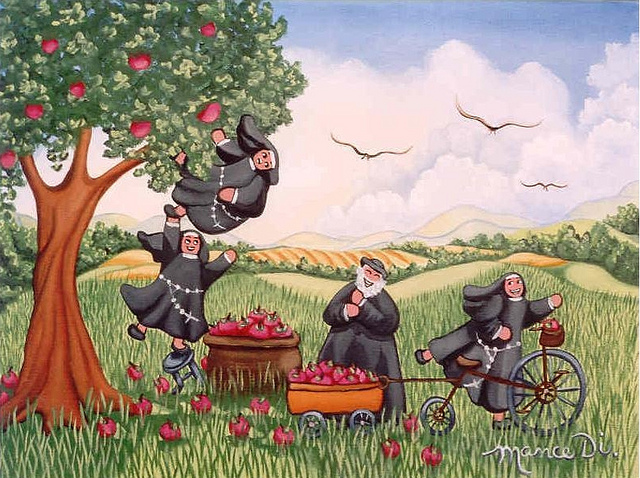 Idiomatic expressions in any language give an integral insight into the thoughts and cultural aspects of the people who speak that language.

This is why I love learning new expressions in the French language!

Every time I hear a new idiom, I understand French culture just that little bit more as the expressions create stories and imagery which are identifiable to a way of life. So, the question is, how to think like a French person?

Our thoughts are spoken everyday through our langue, so listed below are my impressions of some well-known French expressions.

The immediate image that comes to me when saying this expression is of an orchardist on a ladder, who faints and luckily lands in a pile of apples. But what makes this expression typically French is the thought of that such orchardist making cider out of all these apples, and consequently falling due to over-consumption. The latter is more likely, I think. 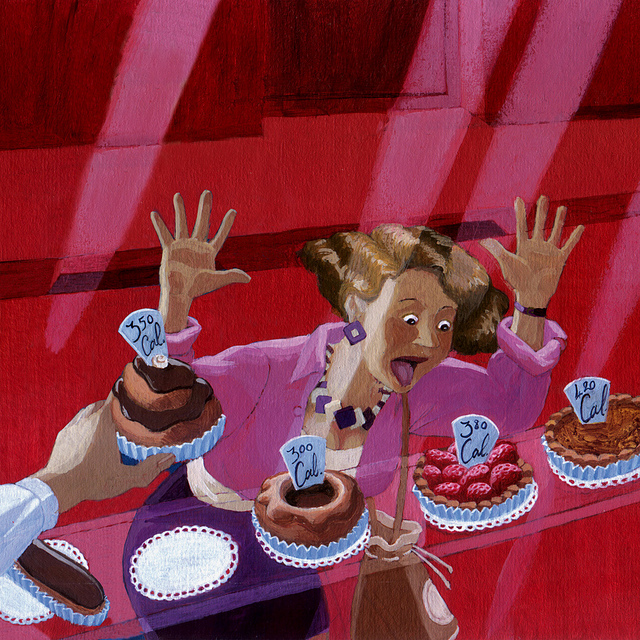 In English, this activity is more a pastime. One casually goes on outings to look at fashions, peering at them from a justified distance and admiring their presence.

But the French are more realistic about this situation. They understand that when you see that amazing dress in the window that you really want, you don’t just stand there. You hold your hands to the window, inching closer and closer until you are standing so close that your breath is fogging up your vision, resulting in you licking the glass… well, maybe not that far.

It seems strange that to be unable to speak clearly means that you should have either of these two animals stuck in your throat. Although, it seems even stranger that an English speaker should have an iconic French animal in theirs, and the French have a furry friend in theirs.

It seems clearer to me when I think of the fact that cats have fur, and therefore the problem identified could be the fur ball. 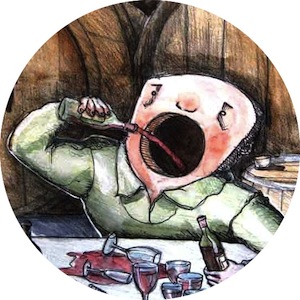 Boire comme un trou (lit. To drink like a hole): To get smashed.

Maybe one cannot drink exactly like a ‘hole’, as how does a hole exist as an object which can lift drinkable objects to consume?

However, to drink as though one has a hole through their body, a bottomless pit perhaps, creates a fantastic image. 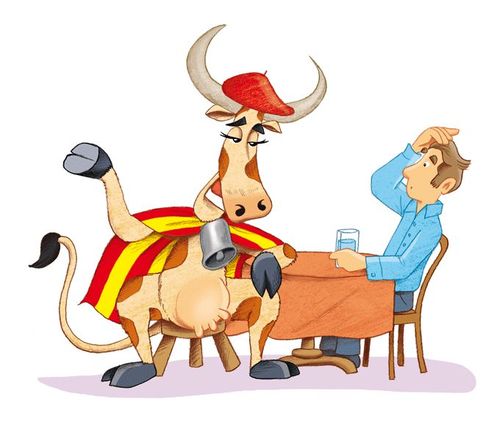 Let’s be honest, cows are an integral part of French society. These chubby creatures sneak into the French language as much as Dieu does.

The use of la vache does not stop as a noun, it is also commonly used as an adverb. Such as, c’est vachement bien (that’s really good). Or as an adjective, c’est vache (that’s terrible).

What are your favourite French idiomatic expressions? How do they give you a deeper insight into the French language and the way in which French people think?