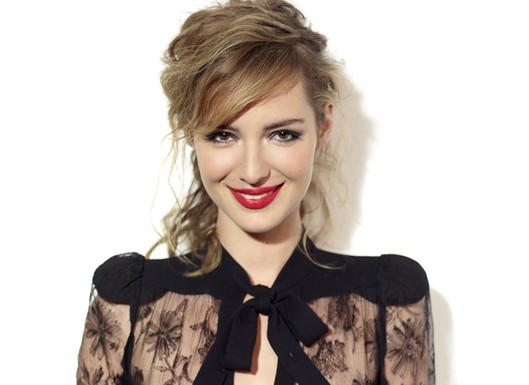 It has long been known that The City of Light has produced some of the most stunningly beautiful women to ever grace the silver screen, and Miss Louise Bourgoin is certainly no exception.

Now I’m not one to use the term ‘girl crush’ on a regular, even semi-regular basis, but in this instance I shall very gladly go back on my word. It’s blessing enough to have the ability to lure men in with the French language, but when it comes with tousled, golden bed-head hair, big, brown, doe-like eyes and a body for sin? (Oh, did I also mention she can act up a storm?) Well, that’s just criminal.

The 31-year-old actress has had a seemingly effortless rise to stardom. After studying for five years at the famed Ecole des Beaux-Arts in Rennes, Bourgoin became a plastic arts teacher, as well as taking up modelling on a regular basis.

After graduating in 2004, Bourgoin became a television presenter, eventually landing the gig of the weathergirl on Le Grand Journal in 2006, alongside Michel Denisot.

Bourgoin has gone on to make many more highly regarded films over the last several years, and it is clear this French darling has captured the hearts of men (and women) everywhere.

She certainly oozes the star power, charm and allure largely reminiscent of the ultimate French sex-kitten/screen icon, Brigitte Bardot. Big boots to fill, but if anyone can come close, my bets are Louise Bourgoin will be the seductress to do it. And do it well she will. 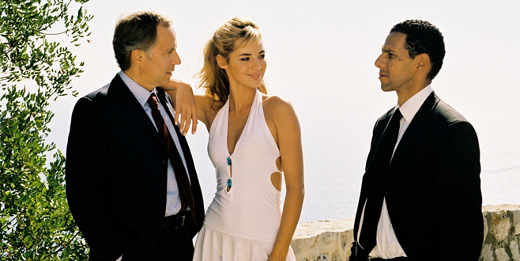 Bourgoin plays Audrey Varella, an ambitious, sexy weathergirl who captivates a successful fifty-something attorney Bertrand (Fabrice Luchini) who is working on a mob-related case in Monaco.

Little does he know, Audrey has already had liaisons with his scowling bodyguard Christophe (Roschdy Zem). Christophe warns Bertrand of Audrey’s motives, but Bertrand is so obsessed that he can’t see sense, thus jeopardising his career and his sanity.

This breezy flick had Bourgoin nominated for Most Promising Actress at the Cesar Awards in 2009. 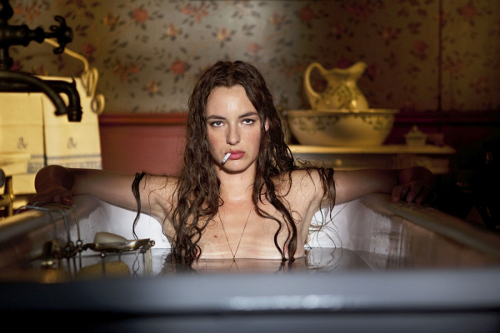 Set in the early twentieth century, Bourgoin plays heroine Adele Blanc-Sec in this French science fantasy film. Written and directed by Luc Besson, it focuses on a popular novelist and her dealings with would-be suitors, monsters, and other distractions. Hugely entertaining and full of action, creepy characters and adventure. 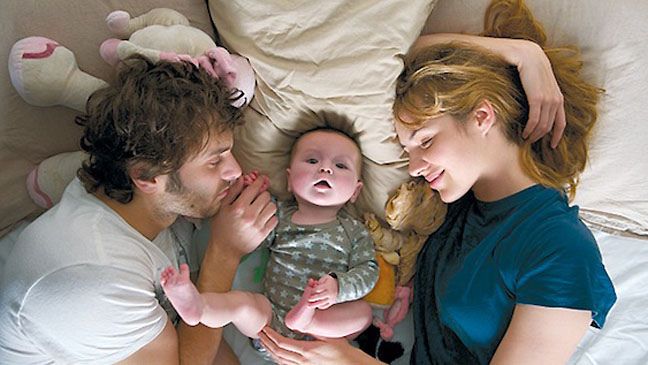 Another fabulous film by French director/screenwriter Remi Bezancon, (who also did ‘The First Day of the Rest of your Life’) ‘A Happy Event’ portrays a true-to-life, realistic insight to young love, motherhood and relationships, mostly explored from a female perspective.

Bourgoin plays Barbara, a gorgeous, intelligent woman who falls for charming video clerk Nicolas (the very sexy Pio Marmai). After falling pregnant, Barbara struggles with everything, from before to after childbirth, and we see the couple trying to adapt to life as young parents. Bourgoin and Marmai give great performances, displaying why they are two of France’s hottest young actors.

If there is one movie of Louise Bourgoin’s to see, I recommend this one – it was a standout at the 2012 Alliance Française French Film Festival.

Image credits:
1. Girl crush, via Sunday Brunch
2. ‘The Girl From Monaco’, via gmanReviews
3. Adele Blanc-Sec, via Mauvaises Langues
4. ‘A Happy Event’, via The Hollywood Reporter