French Film Friday: The queer side of France 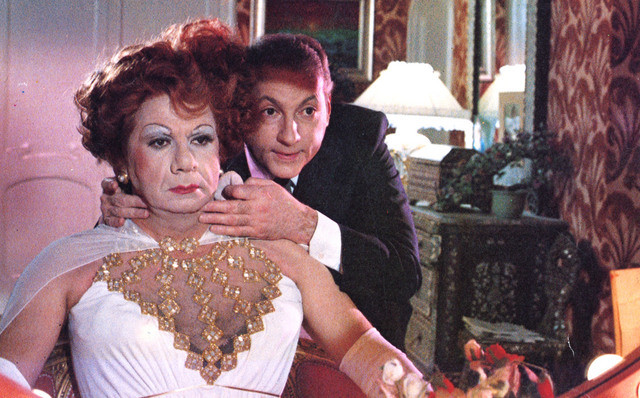 Happy Friday everyone! In the words of Rihanna, here’s to the freakin’ weekend!

To help you get in the weekender zone, we bring you a selection of French films that we love, hate, or think you should watch just to say you’ve watched them.

Today I thought I’d take a stroll down LGBT lane and show you what France has to offer in the queer department. There are precious few films covering the topic (comparatively speaking), and even fewer that are actually halfway decent or made on more than a shoestring budget.

You’ll notice there isn’t a film under the bisexual banner in this list, and for that I’d like to apologise. I’ve never actually seen bisexuality protrayed in a French film, and my research into the topic for this article led me straight (pardon the pun) to a dead end.

I caught this film on SBS while distractedly flicking through the channels one night, and stopped to watch it because thirty seconds in I was already chuckling. It’s the story of a group of people, mostly lesbians, who haven’t come out to their parents. Naturally, they organise a coming-out dinner party and invite said parents. Hilarity ensues.

Sadly, I could not find a better trailer for this 1987 classic (you can watch the full movie on YouTube though). It just doesn’t do this film justice. Some of you might be more familiar with the excellent American remake ‘The Birdcage’ (Robin Williams, Nathan Lane, and Hank Azaria all in the same film? Yes, please!) but the plot is essentially the same – a gay couple agrees to act straight when their son bring his fiance’s conservative parents to dinner.

A beautiful Belgian film about a little girl who was born male. It’s a great look at the struggles both transgender children and their parents go through. The transphobia is a little hard to watch at times, but it pays out in the end.

Click here to read our recent article on the gay marriage debate in France.