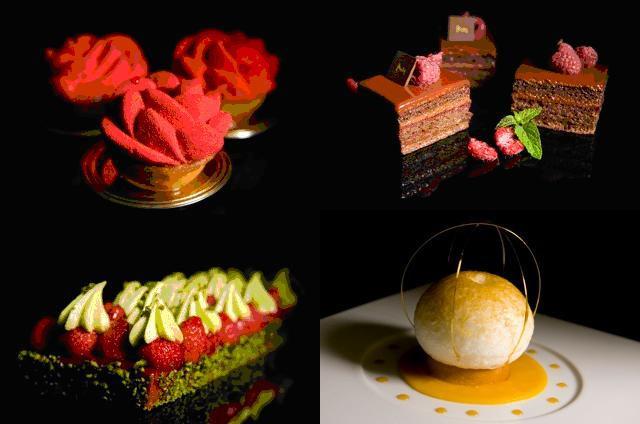 I must admit it, I love food. I love all kinds of food. And honestly, I am usually more of a savory person, but one thing I love about France is being surrounded by so many good pastries. There is no way I could possibly try all of them in a lifetime!

I recently watched a documentary on French pastries (‘La Revanche des Pâtissiers’), which followed famous French pastry chefs as they tried to come up with new revolutionary ideas for pastries.

Combating the old idea that pastry chefs were the lowest ranking chefs and desserts were just an after-thought of the more important main dish, these chefs came up with desserts to make anyone’s mouth water and eyes pop. Some of the pastry examples are shown above.

After watching this documentary I promised myself I would go more often to pâtisseries, especially to try crazy new pastries that I had never seen. I must confess that I have not gone as often as I would like. 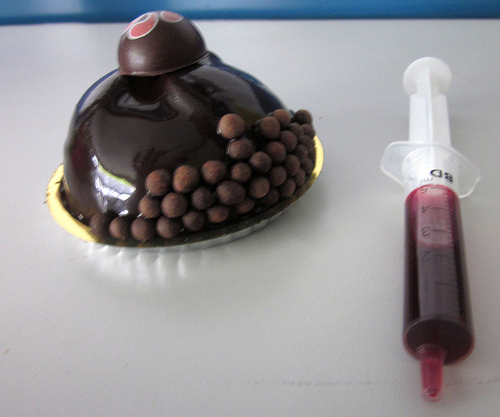 Now that I am getting settled in Strasbourg, I will make a point of going to some of the well known pâtisseries. However, I have made some progress and, while I did not always like the choices in pastries that I made, I am happy to be having these culinary experiences.

One of my first experiments was a dessert that comes with a syringe full of syrup one must insert into the pastry before eating it. I for one had never heard of such a thing and just had to try it. It was a pretty cool idea, the only downfall being that all the filling stayed in the one place where the syringe entered, although that could have also been my fault.

Another attempt I made was at a very ritzy patisserie in the center of Biarritz. It was my day off so I decided to go in and have a pastry with coffee instead of taking it to go. Little did I know that this option is the more expensive one, and it wasn’t until after I had enjoyed my little snack did I look at the bill and realize that it was the most expensive pastry I have ever eaten. 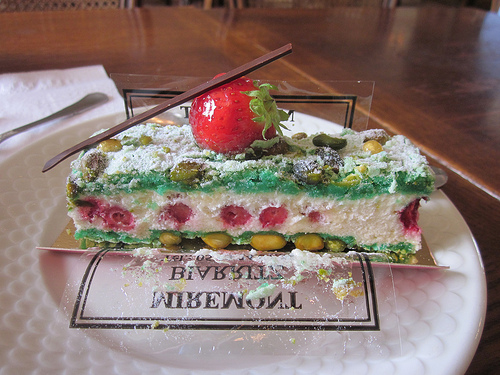 Seven euros for the pistachio and strawberry pastry alone. With the coffee included it was about as expensive as my lunch. (I was treating myself. I deserved it, it was my first day off in two weeks!)

As I said, now that I am getting settled, I have resumed work on my resolution. My pastry of the day today was an apple cinnamon mini cake and I am happy to be enjoying the deliciousness of French pastries once again.