Off the beaten Parisian track: 7 French spots to discover 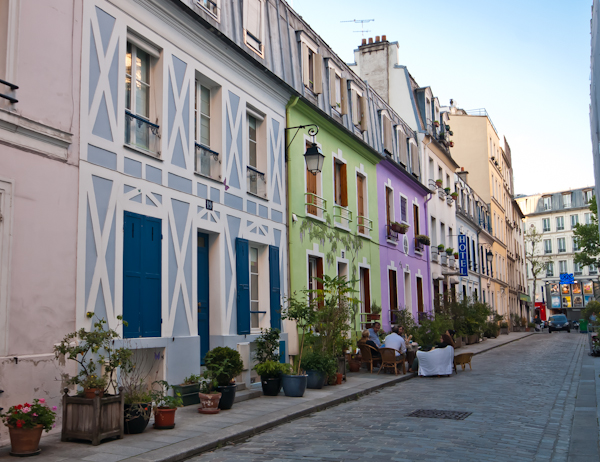 Last month, I wrote about five things you may not yet have done in Paris, focusing on experiences in Paris and not just sightseeing.

But the sightseeing has its place in the tourist itinerary too. So this month, I would like to share my top seven list of lesser-known sites in Paris, one for each day of the week!

The Great Mosque of Paris, built in 1926 to thank the 100,000 (approximately) Muslims from French colonies who died fighting against Germany in WWI, is one of the largest mosques in France. This impressive building also houses a tea room and hammam, open to the public.

Did you know that in WWII, the Grande Mosquée served as a secret shelter for Jews seeking refuge from the Nazi and collaborators’ round-ups? Many were given fake Muslim passports to aid their escape.

2. Rue Crémieux in the 12th arrondissement

I have deemed rue Crémieux the prettiest street in Paris. It is certainly the most colorful. The stretch of houses just a few blocks due west of Gare de Lyon are bright and cheery and an unexpected break from the usual uniformity of elegant yet monochrome Parisian architecture.

3. The Quais of the 15th arrondissement and the Bir-Hakeim Bridge

The quais by the Seine in Paris’s 15th arrondissement just below the Bir-Hakeim bridge are not far from the Eiffel Tower, yet far enough from the center to be peaceful and uncrowded. 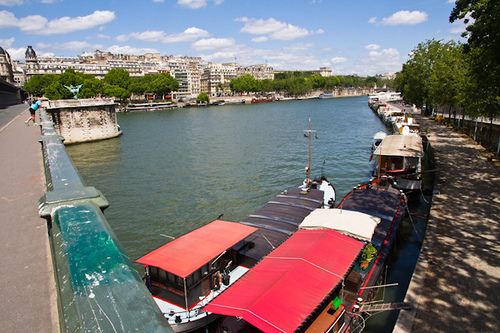 These ancient cobblestoned docks are lined with hovering trees and large houseboats. The nearby Bir-Hakeim Bridge is an architectural and aesthetic marvel with its two-level mix of metal, stone and brick, and has been the backdrop for a number of films.

4. Butte-aux-Cailles in the 13th arrondissement

This tallest point in Paris (yes, taller than the hill of Montmartre) sits on the site of a former vineyard. For centuries, Butte-aux-Cailles was a poor neighborhood unknown to central Parisians. But in recent years this picturesque village of shops and restaurants has undergone a renaissance that has finally put it on the map.

A more ‘modern’ park (created in 1867), the Buttes Chaumont is a refreshing change from the lovely yet overly manicured, elegant parks for which France is known. Its 61 acres and five kilometers of trails and paths – up and over steep hills, over bridges and around rocky outcroppings – give you a sense of exploration and not just admiration. Look carefully and you will even find a waterfall hidden behind the rocks. 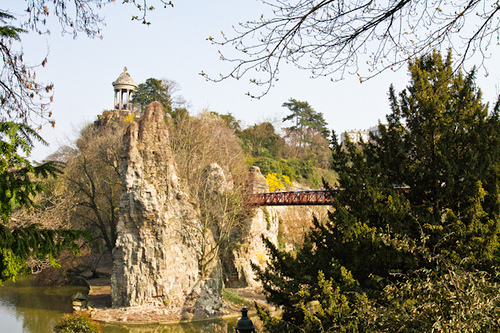 The largest green space in the 17th was designed as an English landscape garden, but parts of it remind me more of a Japanese garden. Stroll by statues, varied vegetation, rolling lawns and a myriad of ducks  in this peaceful little corner of the city.

7. The Viaduc des Arts in the 12th arrondissement

Not far from rue Crémieux, extending from Bastille eastward, is the Viaduc des Arts, an old elevated train line that has been converted into artists’ galleries and a couple of cafés. But my favorite part of this structure is the top: a tree-lined walkway (known as the promenade plantée or the coulée verte) that continues for 4.5 kilometers.

Which is your favorite off-the-beaten-track gem in Paris?