The unusual side of Christmas in France 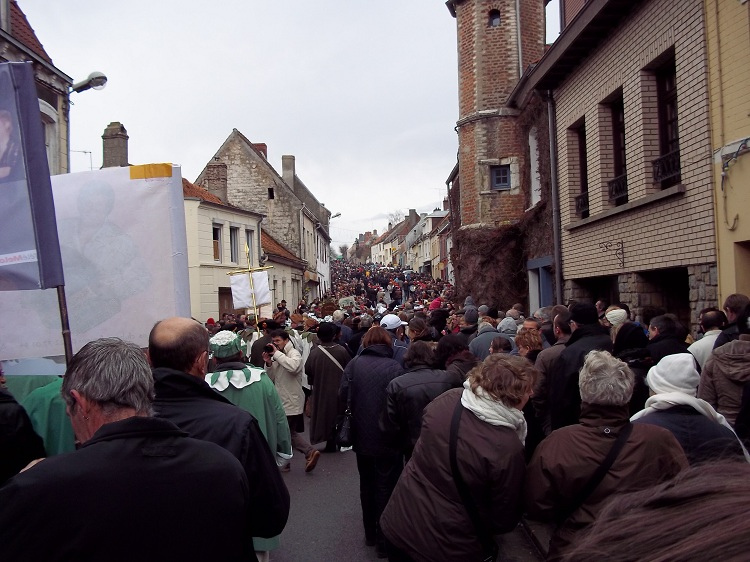 One of the things I like about France at Christmas is the originality of some of the festivals and markets that take place.

But, dig a little deeper and you will find more unusual celebrations.

Take for instance the Festival des Dindes – yes, that’s right, the Festival of Turkeys. For thousands in the north of France this is a must-see annual event and it is a very different kind of Christmas celebration. 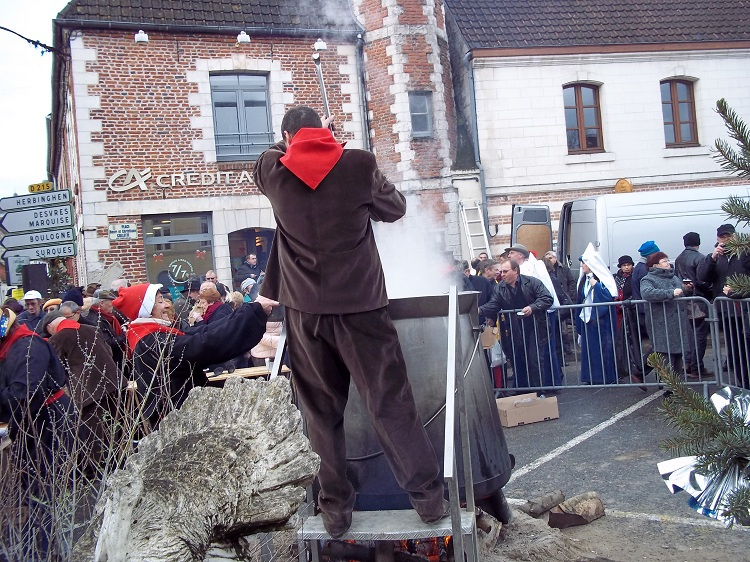 Held in the town of Licques in Pas de Calais, also known as ‘Turkey Town’, this is a relatively new festival started by the Licques Vollailes, a very big poultry producer in this region. They’ve been breeding turkeys here since the 17th Century, introduced to the region by monks from the local Abbey.

They are so proud of their famous turkeys that they wanted to honour them and a new tradition was born around twenty years ago. It’s likely to stay for many years to come. 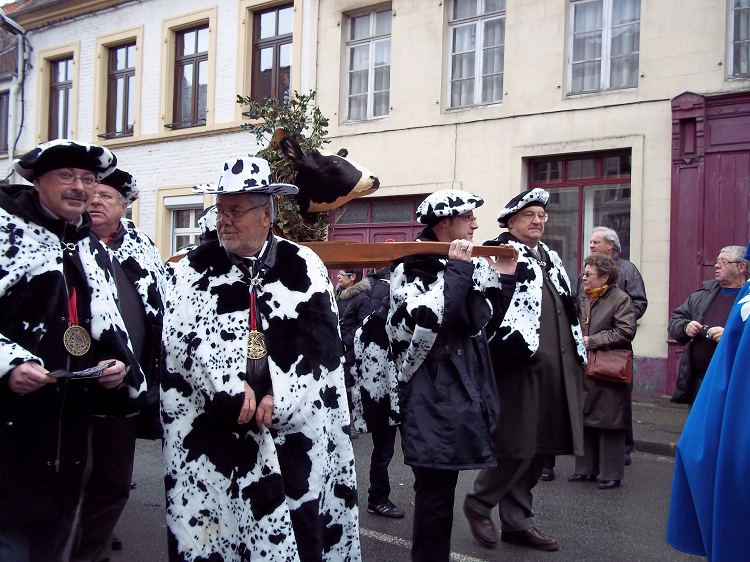 On an early weekend in December, in this small town, regional food and wine producers descend and set up stalls in an enormous covered marquis; chocolate, cheese, snails, foie gras – all the French greats are there. Wine from Alsace, cider from Picardie and Calvados from Normandy – try before you buy. There are evening fancy dress parades, dinner dances and afternoon tea dances.

But the highlight of the weekend is on the Sunday morning. At one end of Rue Principale a huge cauldron bubbles merrily, stirred by a man on a ladder with a very long spoon. This is the local liqueur – the Licquoise, heated for optimum taste and much loved by the huge crowds that have congregated close by. Close by a pen is filled with noisy birds – the famed turkeys await their big moment. 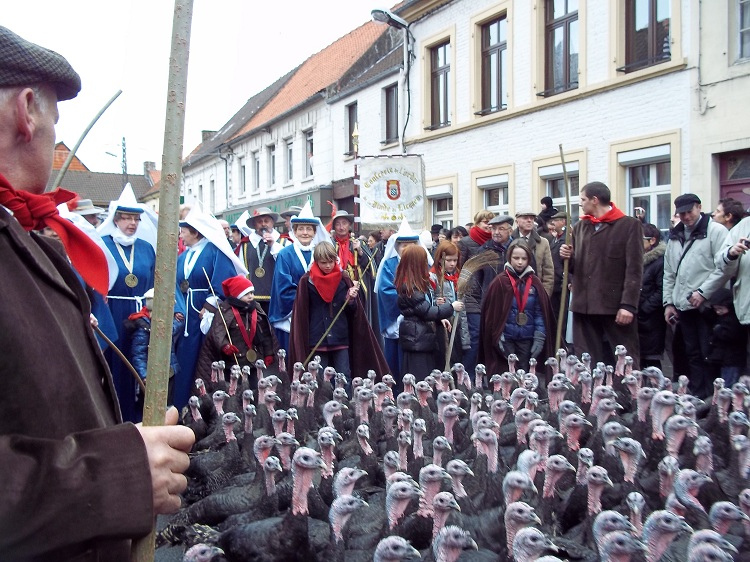 Various brotherhoods from local towns are there, dressed in all their finery, ready to parade through the town. Just before 11.00 a.m. a band strikes up, a bit of to-ing and fro-ing goes on, the Maire arrives. The trumpet is sounded. The pen is opened…

The turkeys leave the pen and begin a slow parade through the town, shepherded by local children and members of the Turkey brotherhood. Accordionists pass by en masse, followed by a band playing rousing music, batons twirling in the air, costumed guilds nod to the crowd, holding their banners or paraphernalia high. 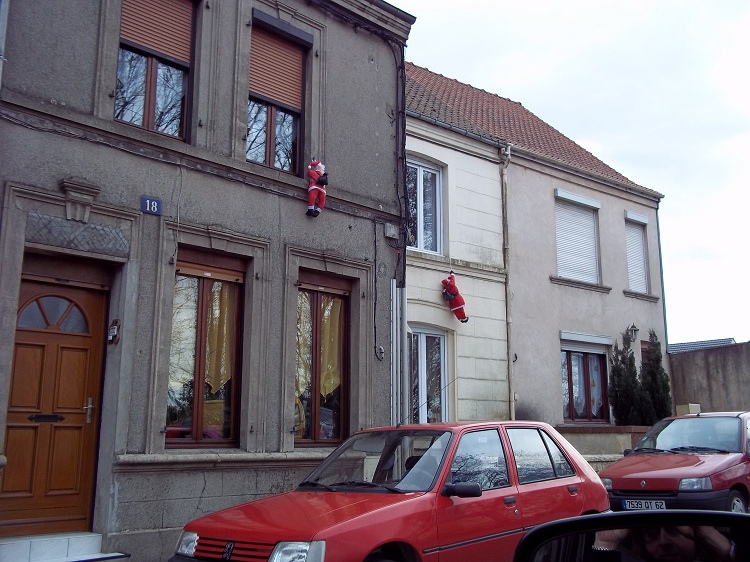 Warmed by the liqueur the crowds follow the stately procession – all the way to the top of the hill. New members are initiated into the brotherhood of the turkey and then it’s time to celebrate with a glass of wine in the marquis. It’s a very authentic and fun festival and very French.

Along the route one can’t help but notice the swinging Santas! Another French custom…

These Santas hang from windows, gutters, garden swings, window boxes and chimneys everywhere you go. Not sartorially elegant, not an ancient tradition – but, they have become a Christmas way of life and the children love them.

This for me is the real side of Christmas in France, though of course, I love the beautiful Christmas Markets too!