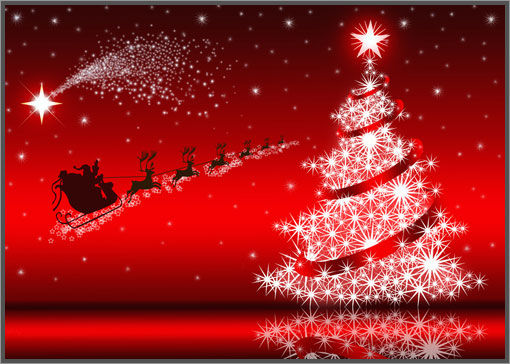 Welcome back to French Music Monday!

Don’t you just love this time of year? There’s a feeling of goodwill in the air. People are friendlier, the streets seem cleaner, and the birds sing just a little sweeter than usual. In some countries Christmas means frolicking in the snow (which is pretty darn great) but here in Melbourne it means beach weather, and I love the beach!

Here are some of the songs I’ll be listening to as my friends and I hit the sun, surf and sand this holiday season.

Also known as ‘Cantique de Noël’. It was composed by Adolphe Adam in 1847 to Placide Cappeau’s French poem ‘Minuit, chrétiens’. You may be familiar with the English translation of this song, ‘O Holy Night’.

A translation of Irving Berlin’s ‘White Christmas’. The French translation was done by Francis Blanche, and it quickly became a classic. One listen and you can see why.

A traditional French Christmas song, written sometime in the 15th century. Known in the English-speaking world as ‘Sing We Now of Christmas’. Really, I just like this particular version of it – acapella groups are so cool.

Traditional, originally French though the author is unknown. The English version is ‘Angels We Have Heard on High’.

Another traditional carol, composed by R. Grosjean sometime back in 1862. The four stanzas of the song cover the birth of Jesus, and the tune is pretty good.

We wish you all the best this holiday season. See you back here next year!