Winter in France: Strasbourg covered in a blanket of snow

Coming from southern California I don’t get many opportunities to see snow. Unless I go to the mountains that is. So for me when I think ‘snow’ I think vacations, skiing, Christmas, hot chocolate, good books by the fireplace, and other nice thoughts like that.

But a couple of weeks ago, when it snowed for about four days straight in Strasbourg, I just kept thinking things like: I have to go to school in THIS weather? Or what? I can’t ride my bike? Why not? Or, I guess I have to go out in this freezing weather even though all I want to do is curl up by a fire… 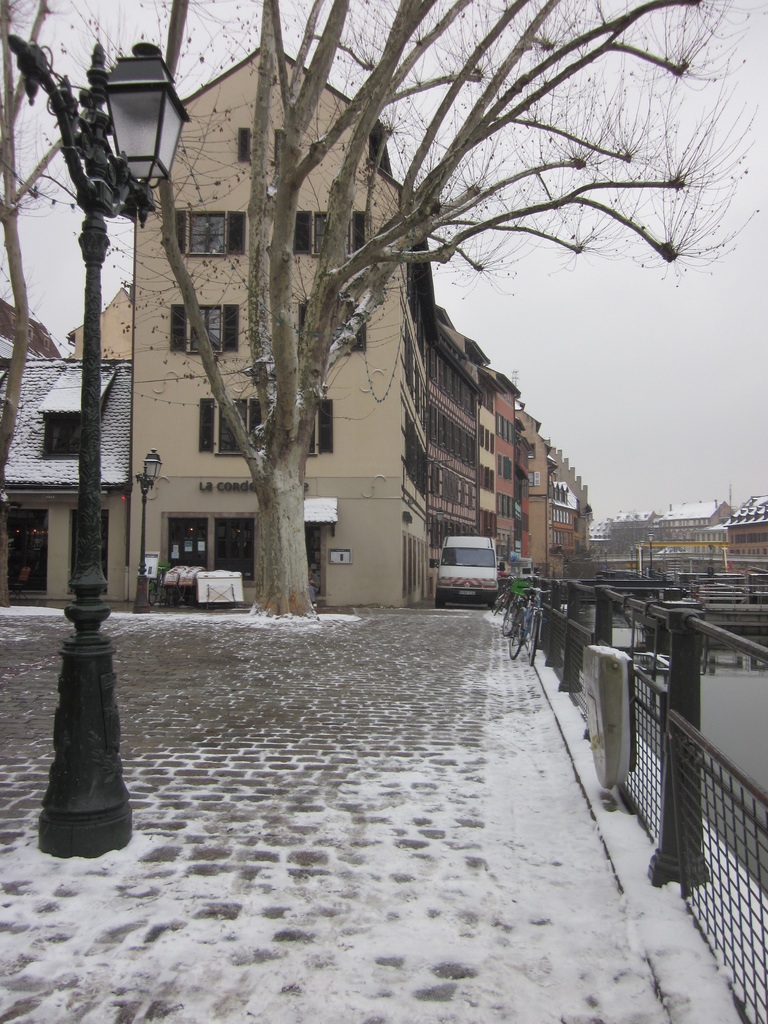 It took some getting used to to seeing snow in a city, and having to be productive during these snowy days. But what made it worth it was the beautiful city covered in a layer of white. Especially late at night or early in the morning when there were no cars on the roads, so even the streets had a thin layer of white. 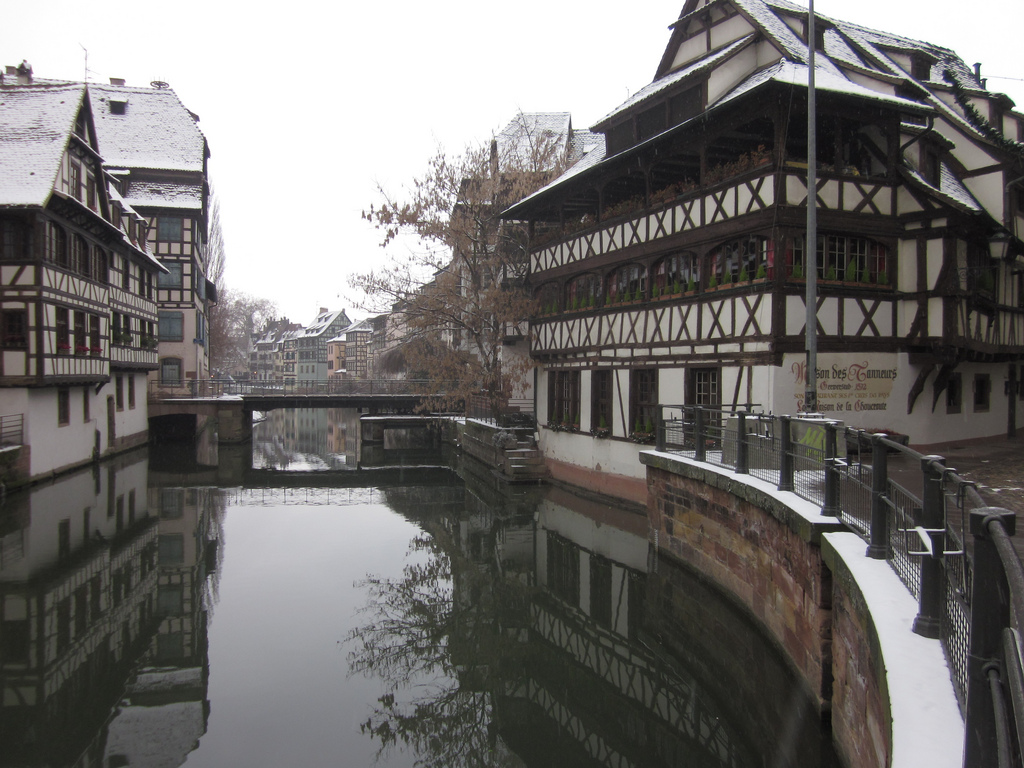 I did not take as many pictures as I wanted, so hopefully we get some more snow eventually. But I thought I would share the pictures that I did take. Enjoy! 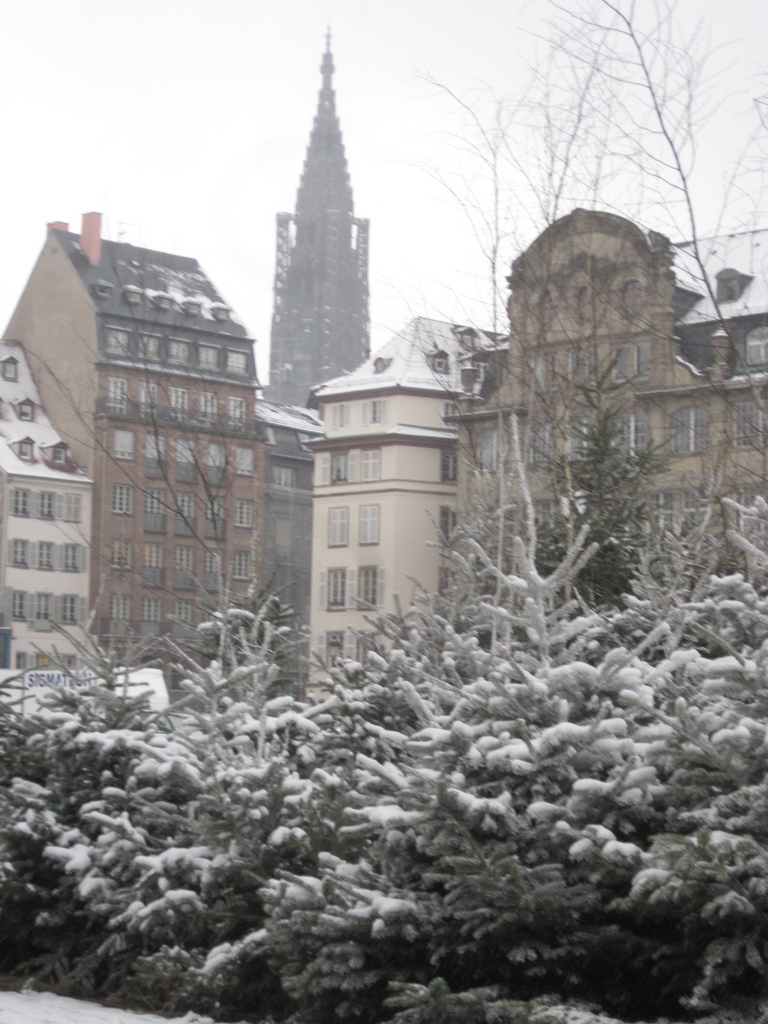