The most beautiful cathedrals of France – Part one: Notre-Dame de Paris 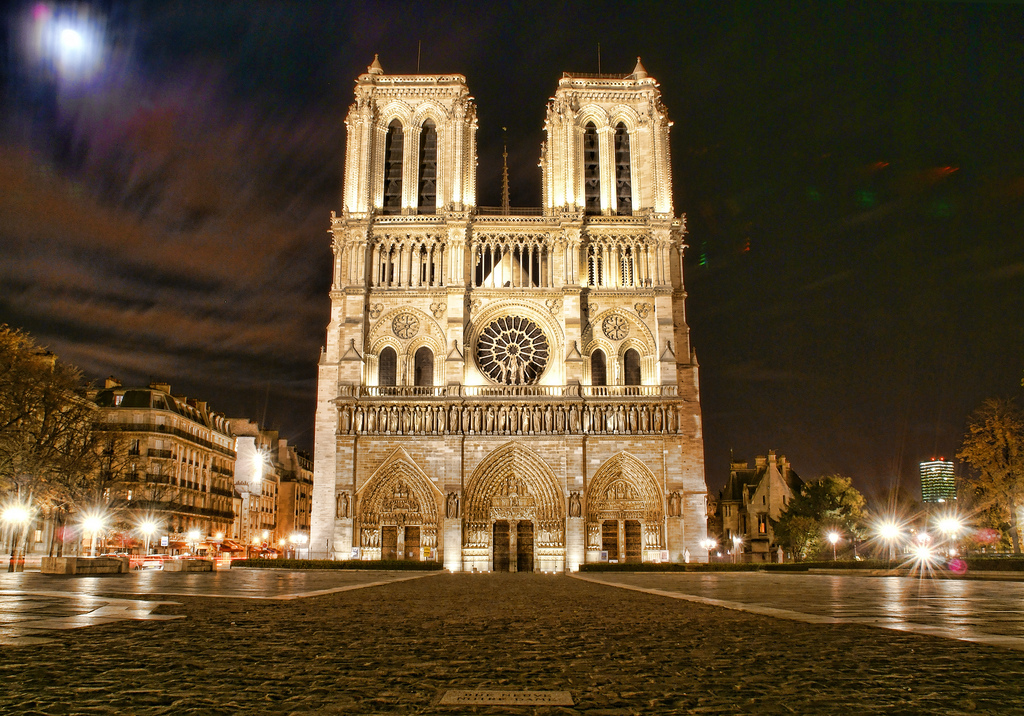 Of the 154 cathedrals built in France, only eight appear on UNESCO’s World Heritage sites list: Chartes, Amiens, Reims, Bourges, Paris, Lyon, Le Havre and Albi. One reason for this may be the long and meticulous selection procedure necessary for the French buildings to be registered. This list was created in 1972 after the implementation of the Convention Concerning the Protection of the World Cultural and Natural Heritage.

Of the eight cathedrals listed, many people agree that it is Notre Dame de Paris which is not only the better known and one of the oldest but, above all, the most beautiful. Furthermore, it is this year that the cathedral will celebrate its 850th anniversary. The birthday present from the city of  Paris? Bells!

From a pagan temple to a major French catholic monument 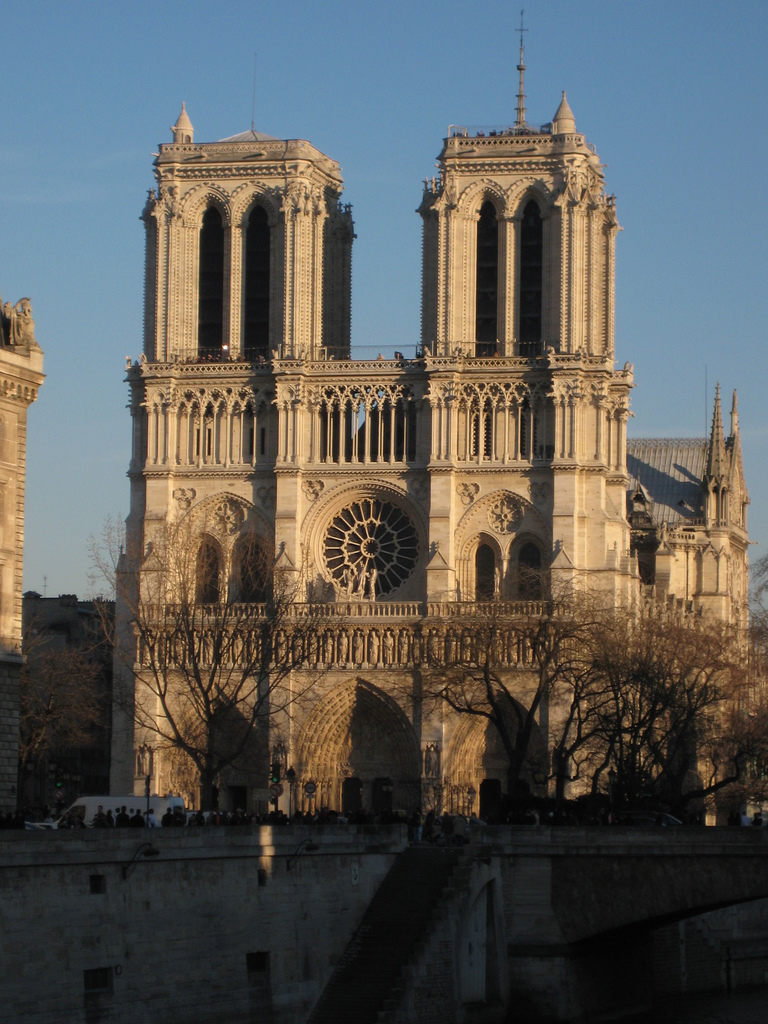 A lesser known fact about Notre Dame de Paris was that it was once a little Gallo-Roman temple dedicated to the Roman god Jupiter. Over time this temple was gradually transformed into the cathedral we know today. One significant change was the decision of  Maurice de Sully, bishop of Paris in 1160, which provided the building with its final structure.

Although finished in 1345, the building has been subject to several renovations. The latest work, completed during the 1990s, even included a full cleaning of the cathedral’s outer walls.

Yet this was certainly not the last transformation of the ‘Old Lady’, as the French refer to it nostalgically. This year Paris celebrates the cathedral’s 850th anniversary and, among other activities, the cathedral will be showcasing its marvellous birthday present … 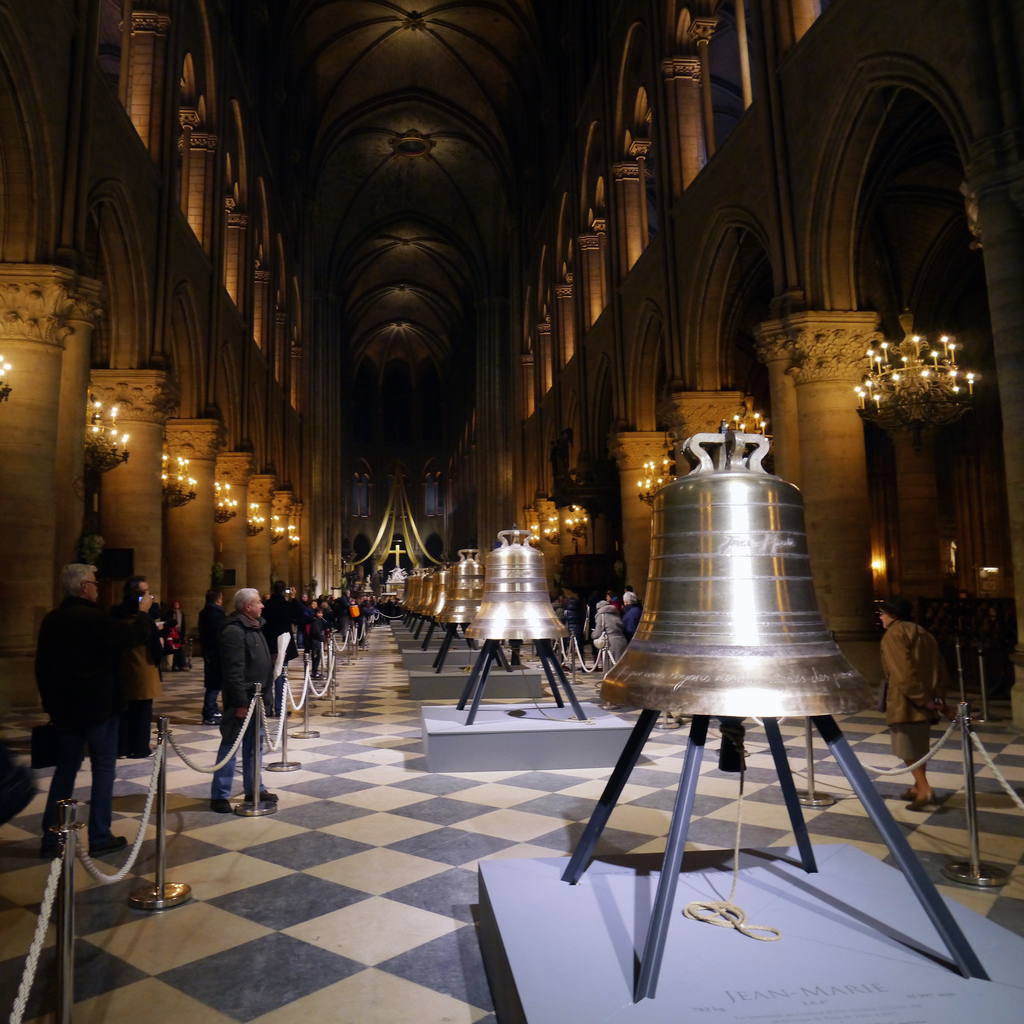 A peculiar convoy threw the French capital into commotion on the 31st of January. Nine bells, made especially to replace the old ones of Notre Dame de Paris, joined the tenor bell ‘Emmanuel’, the second biggest bell in France. Yet stay tuned, this is only one of many events to come.

The cathedral will play a major role on May 6th hosting World Organ Day. This event will see hundreds of organists, coming from all around the world, to focus on and appreciate the organ’s repertoire.  Australians will also be able to enjoy these concerts, particularly in Toorak, Perth and Bendigo.

For those who will be in Paris, take the time to climb to the top of the 13 metre high structure constructed opposite the building and be rewarded with a great view of the cathedral. This is the ideal time to make a pilgrimage, allowing you to discover the eight essential points of the cathedral: the main entrance, the western façade, the baptismal fonts, the stained-glass windows, the altar, Our Lady of the Pillar, the relics of the Passion, the St Sacrament chapel, and the reliquary of St Geneviève.

Some secrets about this French treasure 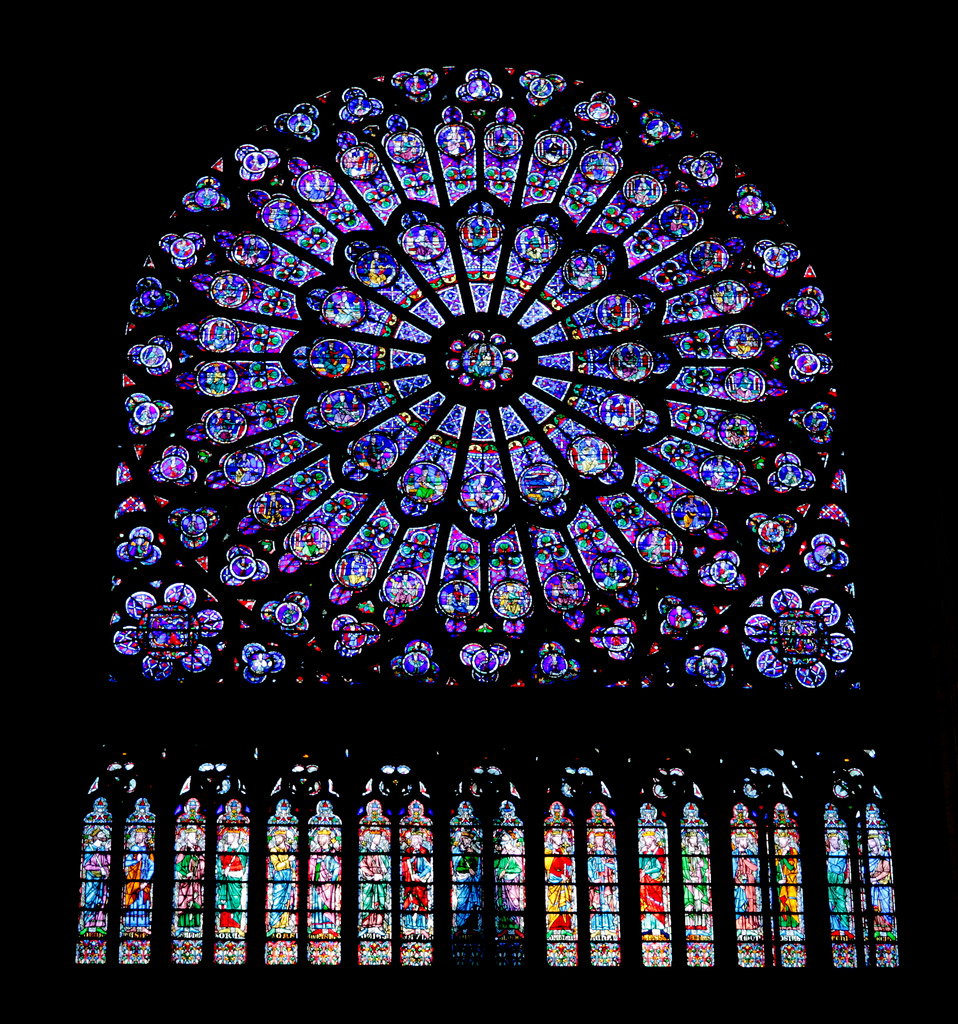 Did you know that the cathedral Notre Dame de Paris is literally considered as the centre of France? Check the plaque next to the front door indicating the ‘point zero of all French roads’. All distances between Paris and other French cities are calculated from this point.

If you enter the cathedral around 4 pm on a sunny afternoon you can catch a glimpse of la Grande Rose Sud (South Rose Window) showing off its vast range of colours spanning across its 19 metre diameter. Take your time to admire this rose window depicting scenes from the New Testament, but don’t forget to compare it to la Rose du Nord (North Rose Window) and la Rose du Midi (West Rose Window).

Finally, have a look at the paintings known as ‘les grands ‘Mays’ de Notre Dame’. For almost a century, nearly every year the goldsmiths of Paris gave a big painting as a present in honour of the Virgin. Nowadays the majority of them are not on display but the ones still exhibited are truly worthy of your attention.

Do you think that Notre Dame de Paris is really the most beautiful cathedral of France?

This article was translated by Andrea Balogh.