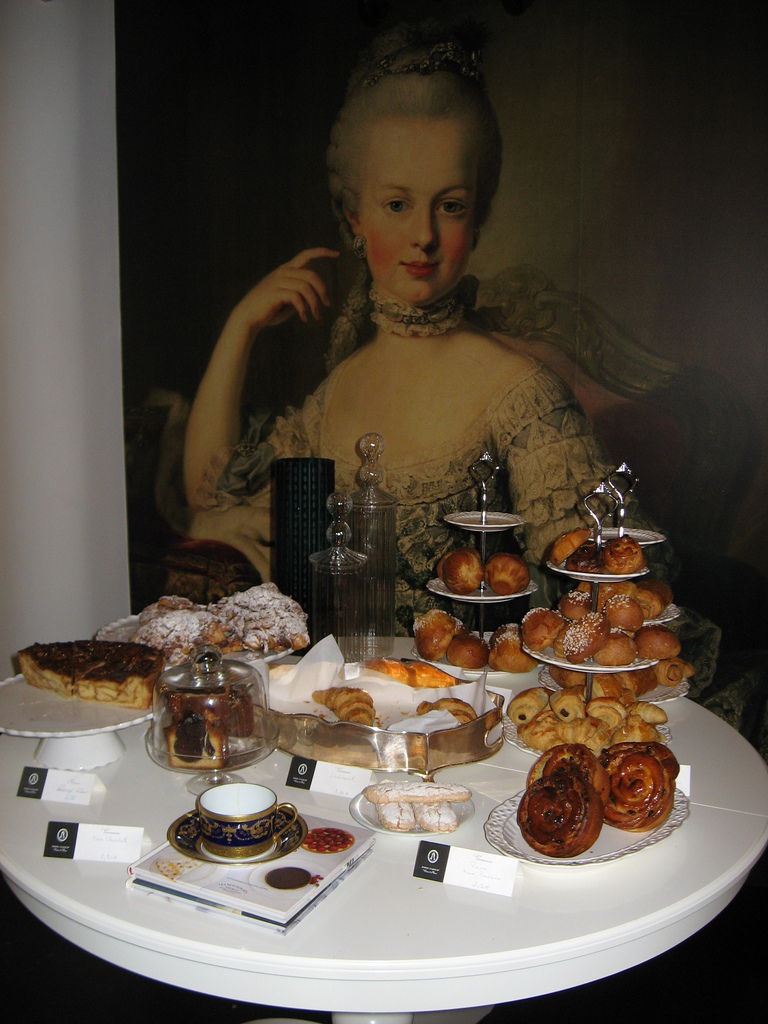 Even the most bacalhau-loving Portuguese bec fin gets a craving for French food.

So much so that la cuisine française seems to be a sensation in Lisbon these days. 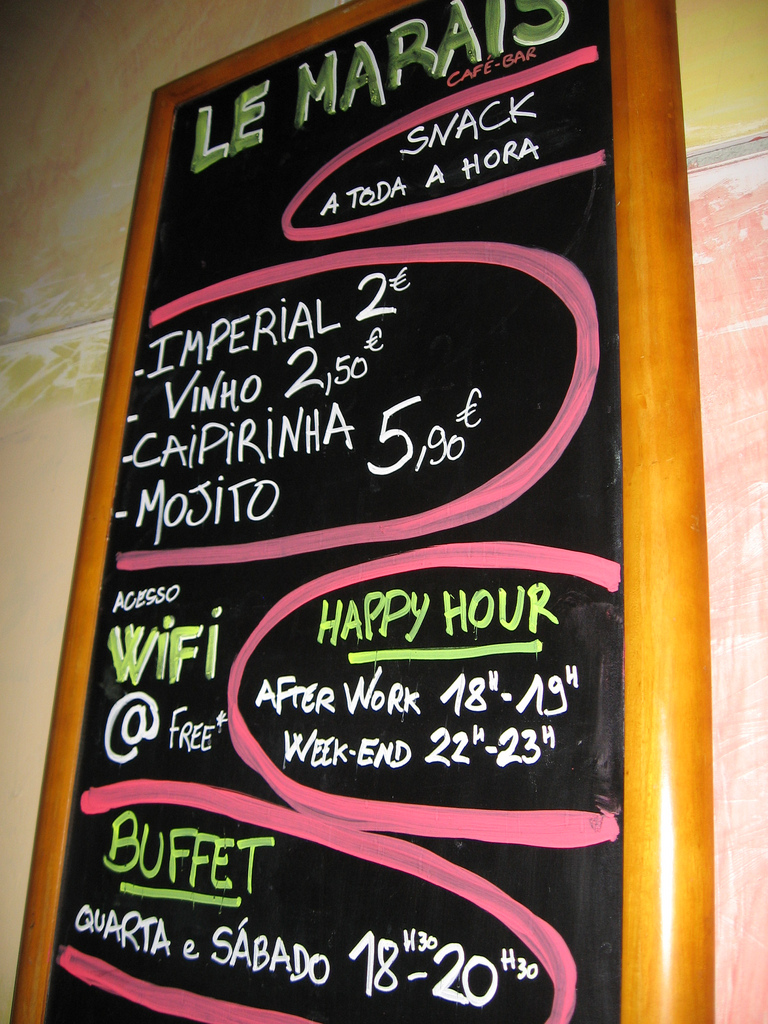 If ten years ago there was scarcely a French pâtisserie in town, or a restaurant serving ‘le brunch’, now numerous French-connected eating spots are open for business in the Portuguese capital.

The best of French in Portugal

Praline – A pâtisserie in the Bairro Alto neighborhood that opened two years ago. 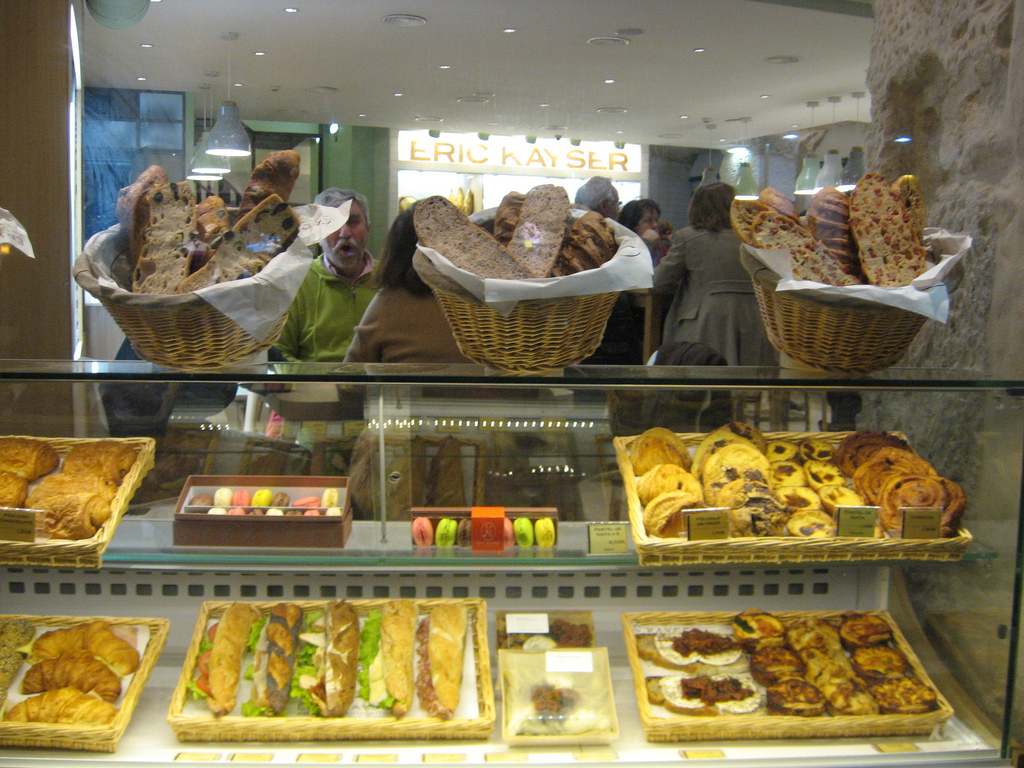 Eric Kayser – With installations in a dozen international capitals, Kayser added Lisbon to his list in July 2011. There’s the café and pastry shop in the central Chiado shopping district, as well as stores in the Amoreiras and Corte Inglès shopping malls.

Le Marais – A gay-friendly bar in the Bairro Alto, also about three years old, run by a Frenchman.

Café Tati – A casual restaurant with a French chef, near Lisbon’s Ribeira market.

How to explain the trend?

According to the Web page of the French Embassy, at least nine thousand French nationals live in Lisbon. Another six thousand are based in Porto, Portugal’s second largest city (the numbers may actually be much higher).

A bit of history – Portuguese nationals immigrated to France (particularly in the 1960s and ‘70s during the Salazar dictatorship). Some became French citizens but are now returning home. French-born children of Portuguese immigrants are also moving here. And French citizens have come too, looking for business opportunities. 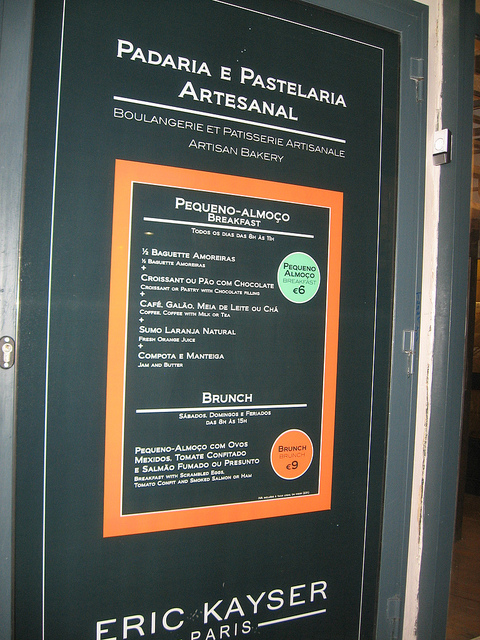 In short, there’s a shared fondness for France.

“French culture is very much appreciated,” says Béatrice Dupasquier, Praline’s owner and pastry chef who hails from La Roche-Vineuse, in Burgundy. “There’s a whole generation of Portuguese people who speak French, because it was taught in school.”

“People want variety,” says Chesnot, a Parisian whose clientele is largely Portuguese, with a few international tourists as well.

“[It’s] a concept that is pleasing, even if the current economic situation is not very favorable right now,” adds Dupasquier, referring to budget struggles across the European Union.

In an e-mail, Lionel Livet, Kayser’s Paris-based export manager, summed it up this way: “As in many countries, French pastry is well known for its refinement, both aesthetic and gustatory.”

Who can argue with that?