It is the dream of nearly every girl to one day visit Paris, the city of love. Carrie (of Bradshaw variety) was no different, taking very little encouragement to accept the invitation from her dreamy, Russian lover to move with him to Paris. Join me for part deux of the American girl in Paris tour.

Paris is known for it’s pastries and so it is no surprise, that Carrie – the Magnolia Bakery devotee – indulges her sweet tooth when in Paris. Though the Cador Patisserie that she visits is now home to one of the celebrated Cojean restaurants, you can find its former location on the corner of Quai du Louvre and Rue de l’Amiral de Coligny, and envisage Carrie sharing her cake with an unprecedentedly large dog. 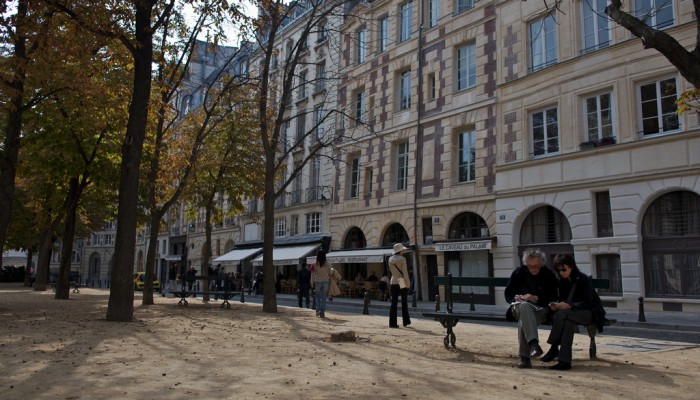 If you cross Pont Neuf, you’ll find yourself on Ile de la Cité, and in the very heart of Paris. If you take a left, you will arrive at the otherwise hidden Place Dauphine; a small square that is home to a few restaurants and some of the most sought-after real estate in Paris.

Apart from offering a quiet place to indulge in that French literature you picked up along the way, it is also the location where Carrie and Aleksandr take a promenade and she tells him of her newfound French fans. Whilst Paris is home to many such squares, this one is not frequented by many tourists and offers a sweet little place to rest your heeled, well… heels. 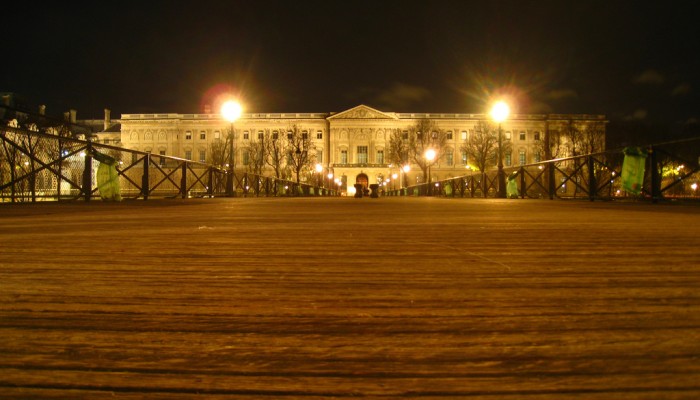 If you point your stilettos Louvre-ward, the next bridge you’ll come to is the enchanted Pont des Arts. This bridge is a favourite of Parisian lovers and tourists who secure their love to the bridge by way of a padlock.

This is also the bridge on which Carrie asks Mr Big to “take me home”; it’s the place where her Parisian adventure ends, and her Big adventure starts. Cue sequel film adaptation. 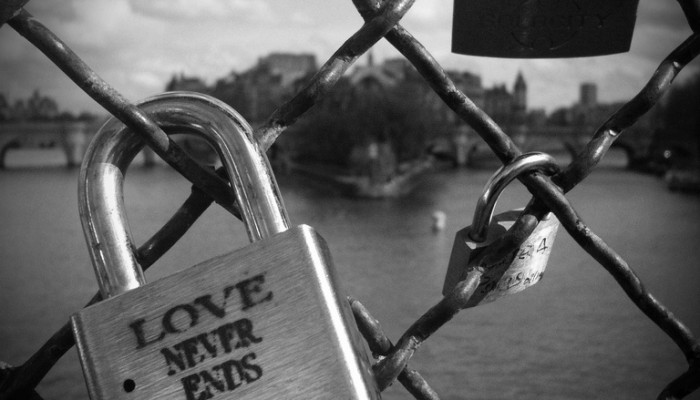 Be sure to purchase a padlock before you visit, and throw the key into the murky depths of the Seine below, to secure the eternality of your love.

Continue on your way into the 6th arronidissement, where you will come across Place Saint-Sulpice and its towering fountain.

This is where Carrie makes the heart-wrenching call home to Miranda, after seeing four, Parisian friends catching up in the restaurant L’Avenue (which you will find back on avenue Montaigne). 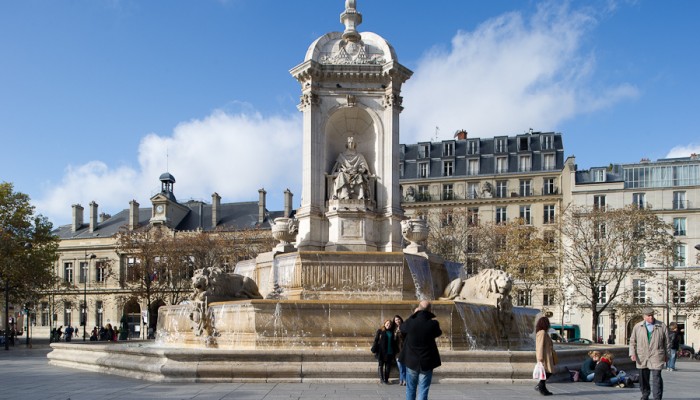 This is also the location of the now out-of-business bookstore in which Carrie finds her book, and subsequently meets her French fans. The enchanting square is located à deux pas de Jardin Luxembourg that you can stroll through on your way to our next location, making sure to dust the infamous Luxembourg dust from your shoes before you leave.

Still a little of that pesky cream sand remaining on your shoes? Head to the Promenade de l’allée Séminaire, found along rue Bonaparte, where you will find the fountain that Carrie washes her shoe in, after her unfortunate encounter with the ever-present brown Parisian pavement surprise (which she treads upon in rue Servandoni). 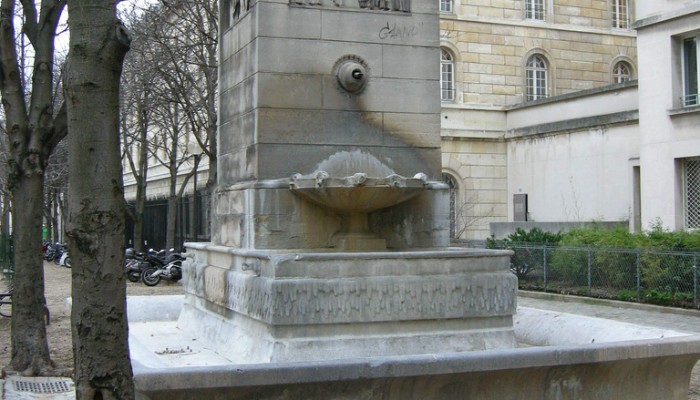 The bronze lion head tap has been removed during recent restorations, but you can still splash a little water from the fountain itself to polish up those shoes of yours.

You have now followed Carrie’s footsteps all over Paris, and I suggest heading to Pont des Arts for a symbolically poetic farewell to the city of light, before you head home, whether that be New York or otherwise.

Have you been to some of the places listed in this tour? Share your stilettoed experience with us below.
_______
Image credits:
1. Chris Noth on Satc – An American Girl in Paris, by Det.Logan via flickr.
2. Isle de la Cité, Pl. Dauphine, by Terretta via flickr.
3. 05 – Pont des arts, by Groume via flickr.
4. The Ile de la Cité seen from the pont des Arts, by astorg via flickr.
5. fontaine Saint-Sulpice, by Xavier de Jauréguiberry via flickr.
6. Fontana di rue bonaparte, via Wikipedia.