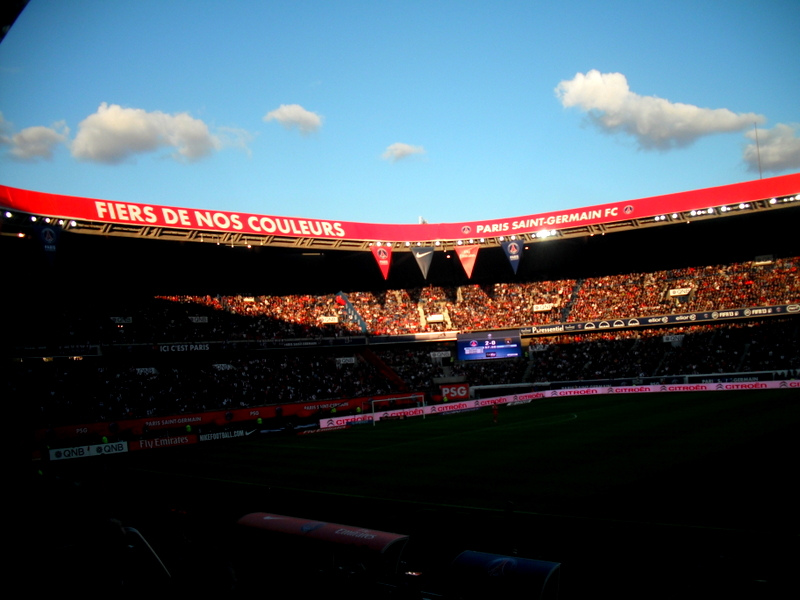 Since 2011 and the redemption of the club by Qatar’s sovereign funds, Paris Saint-Germain seems to have recovered the national and European place that it lost over the last decade.

The club of the capital is now considered to be one of the best French clubs and is returning to the big leagues of world soccer. 2013 looks to be promising.

The beginnings of the club of the French capital 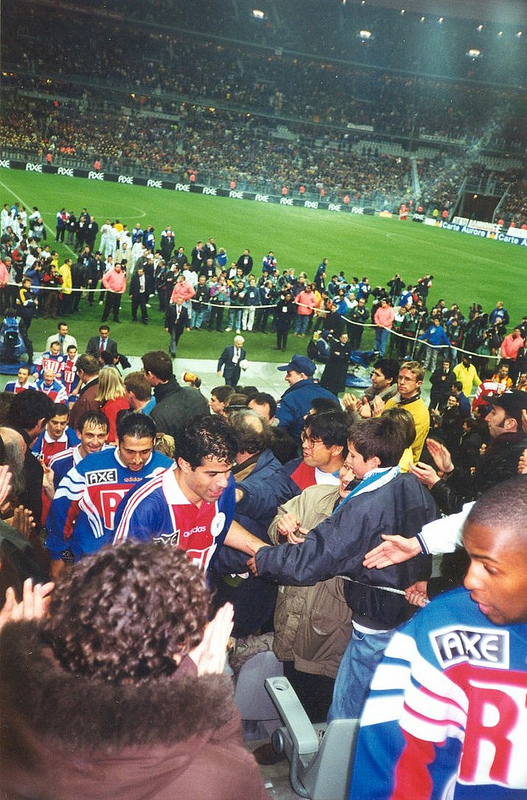 Born in 1970 with the merger between Paris FC and Stade Saint Germain, the current PSG has known numerous upheavals. Two years after the merger, the club was once more split in two but one part kept the name Paris Saint-Germain.

During the 1970s, a collective of famous French personalities succeeded one another as partners or managers of the Parisian club. Fashion designer Daniel Hechter, president from 1974-1978, notably designed the historic jersey of PSG and involved some of his famous friends in the life of the club, such as Jean-Paul Belmondo and Francis Borelli.

The rapid rise of French soccer 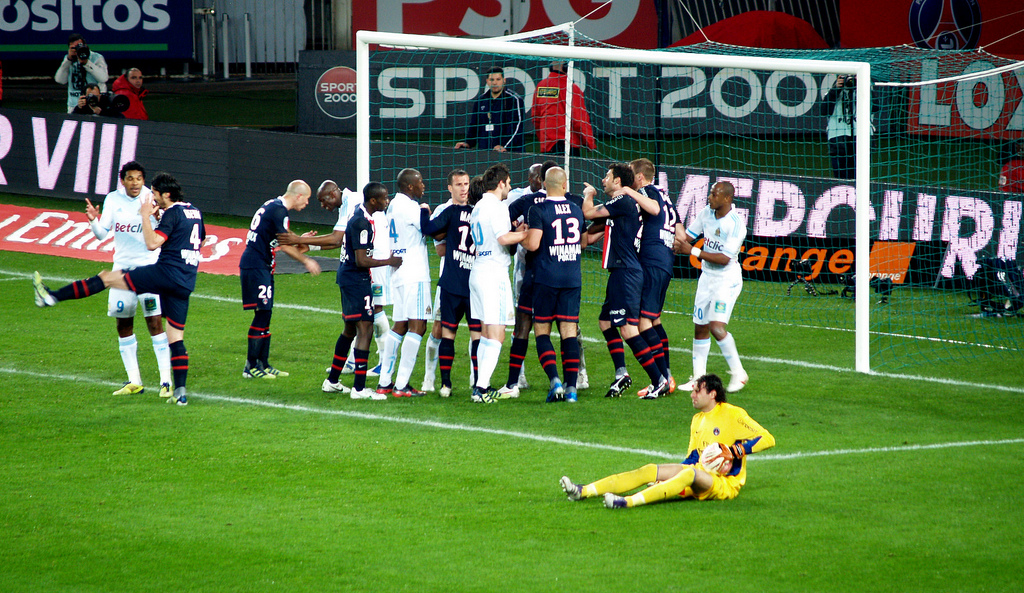 After the presidency of Daniel Hechter and a build-up of financial problems, Francis Borelli took over for a long period of 13 years. The first titles of PSG were gained over numerous seasons, such as two French Cups (1982 and 1983) with some of the best French players in history like Dominique Rocheteau, Luis Fernandez and Joel Bats.

More results followed for the reds and blues of Paris: European campaigns against the many clubs of Europe, like Juventus de Turin, and the first Champion’s Title in France in 1986. The arrival of Canal +, owner of the club from 1991 – 2006, marked the peak of the club. After their second Champion’s Title win in 1994, PSG scored the Cup of Cups in 1996.

These titles were marked by iconic players who symbolised the style of the Parisian club such as David Ginola, George Weah, Rai and Paul Le Guen. Le Parc des Princes saw magic moments such as the 1992 victory over Real Madrid with a score of 4-1, three goals being scored by the Parisians during the last ten minutes. 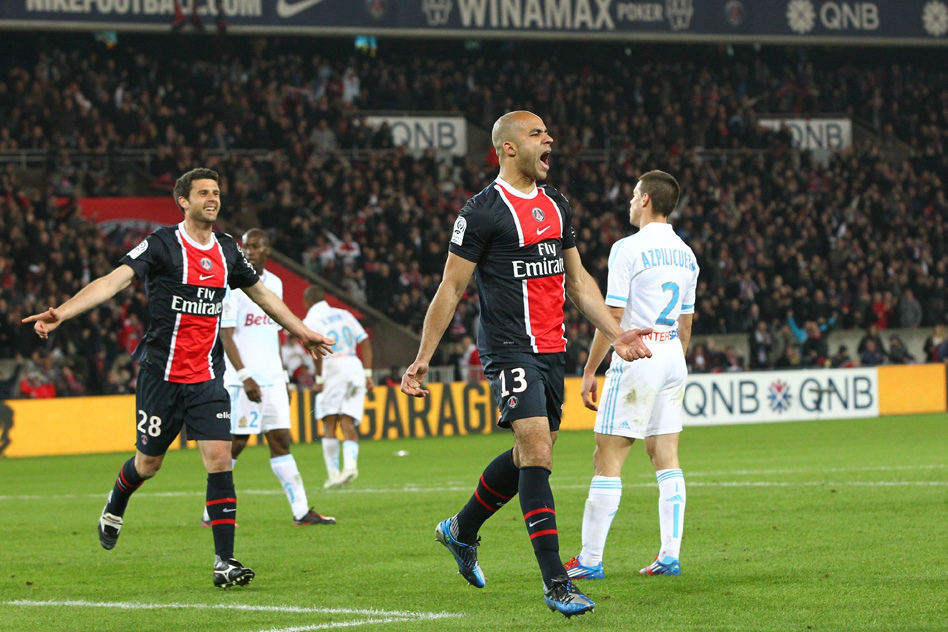 PSG played a fast and spectacular game thanks to the talent of David Ginola and striker’s instinct of George Weah, recognised by the title of Best Striker in 1993.

Qatar to recover peaks in France and Europe

The following years were more subdued for the club despite some victories in the French Cup. Since 2011 and the arrival of Nasser Al Keilaifi to the post of president of the French club, PSG seems to have  recovered its position. Leonardo, team manager, ensured the recruitment of great players like Zlatan Ibrahimovic, former player for Milan and Barcelona. English player David Beckham prepared to join the club too.

Paris Saint-Germain now welcomes the best players and coaches like Carlo Ancelotti, due to the financial resources freshly arrived from Qatar. 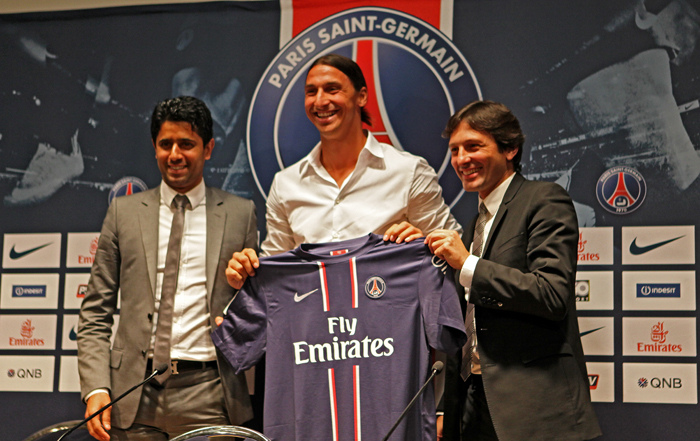 However, the game is still patchy and very changeable during the French League matches. The cohesion of the Catalans of FC Barcelona and the strength and physical intensity of the English clubs remain the benchmarks of European soccer which PSG must use to grow. Barcelona, Madrid, Manchester, Munich or Milan are still too strong for Paris due to more attractive national championships, equally high financial resources and more attractive objectives.

Having said this, Paris has the opportunity this year to demonstrate its strength, cohesion and the maturity of its team to in the lead up to the Champion’s League, the biggest competition in the world…

Do you think that PSG now has the ability to concern the biggest clubs?