New York Fashion Week’s golden child, Alexander Wang, unveiled his inaugural collection for historic French label, Balenciaga, in Paris. After Nicholas Ghesquière’s shock departure from the brand after 15 years, the fashion world waited with baited breath until it was announced Wang would be filling his shoes.

Balenciaga is one of France’s premier fashion houses. It was established in the Basque region of Spain in 1918. The Spanish Civil War forced founder Cristóbal Balenciaga to move the brand’s headquarters to the City of Light.

Balenciaga set about to change the way that people view fashion. He ultimately revolutionised clothing by creating modern staples such as the tunic, pillbox hats and the ‘sack’ dress. 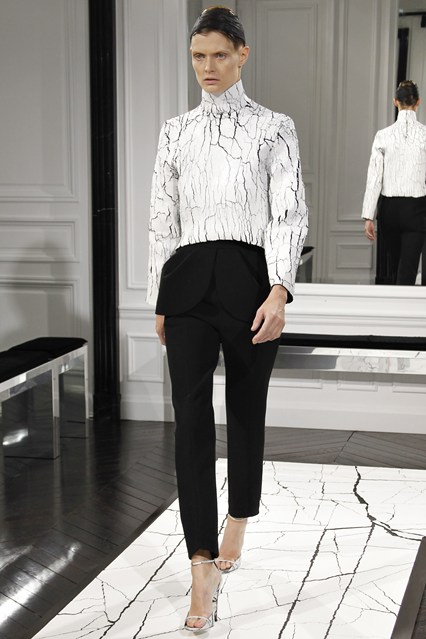 Overall, the collection was quite safe, and a solid introduction to his view of the ‘Balenciaga woman’. It is clear that Wang has spent quite some time in the Balenciaga archives trying to get a sense of Cristóbal Balencaiga’s aesthetic.

Wang kept to simple cuts, while incorporating Balenciaga’s traditional silhouette of oversized, sloping shoulders and slim cut suit pants. Wang employed a monochromatic palette that was brought to life through the fabrics he used; such as painted knitwear that drew an allusion to cracked leather.

His final few pieces were a little more edgy and reminiscent of the Wang collections we have previously seen. Wang put forward oversized knit sweaters, with shoulder pads that would make even the biggest Dynasty fan sob, pairing them with laser cut velvet pants. 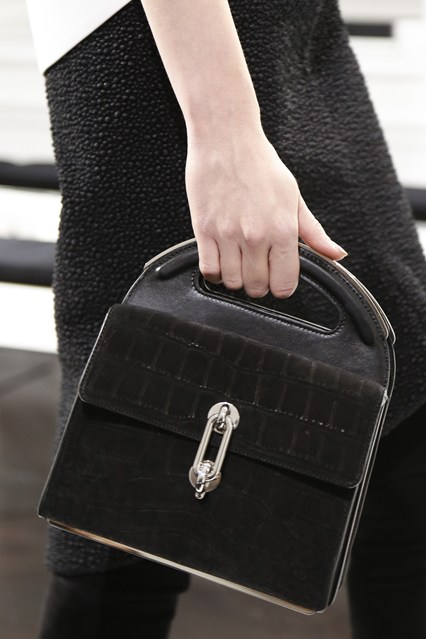 Wang is renowned for his eponymous label’s must-have bags and it seems his range of accessories for Balenciaga will be no different. Wang maintained his black and white palette while incorporating silver accents. This included eye catching simple silver knotted belts shaped into bows.

This motif was continued with silver cuffs and used to form the laces on combat boots. Wang’s penchant for designing ‘it’ bags was on display again as he put forward a simple, yet striking crocodile-skin handbag with silver hardware. 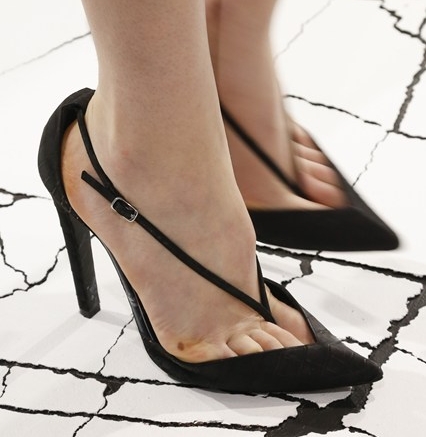 The most striking were a pair of point toe stilettos with a simple ankle strap that led down to the model’s toes, providing a modern twist on a staple in every woman’s closet.

Overall, Alexander Wang put forward a strong show that referenced the tradition of Cristóbal Balenciaga’s early collections through his own youthful, modernist eyes.

It will be interesting to see how his future collections unfold after this self-declared “prelude”. Fashionistas worldwide are still waiting to see if Wang has got the chops to continue the legacy of one of France’s most revered fashion houses.