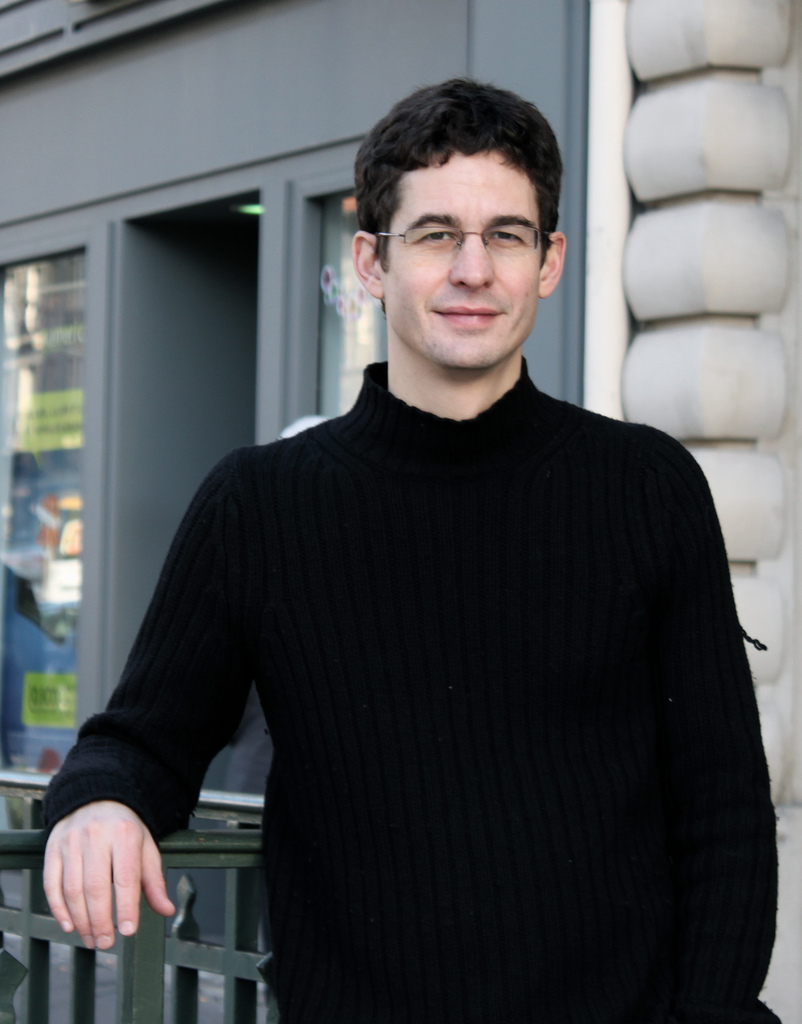 A trained architect, Stephane Kirkland is about to release his first book on 2 April, exploring the rich and complex history of the famed Parisian architectural landscape.

We spoke with Stephane about his career, passions and the little known tale of the two most prominent figures in the rebuilding of Paris.

Stephane, how would you describe yourself in two words?
Curious, iconoclastic.

Tell us about the moment you first realised you wanted to pursue a career in architecture. Did you always have an appreciation for it?
During High School I became very interested in architecture for social and environmental reasons. I spent a summer working at Arcosanti, Paolo Soleri’s project in Arizona. I was captivated by readings such as Le Corbusier’s ‘Manière de penser l’urbanisme‘, Aldo Rossi’s ‘L’architettura della città‘ and Hassan Fathy’s ‘Construire avec le peuple‘. 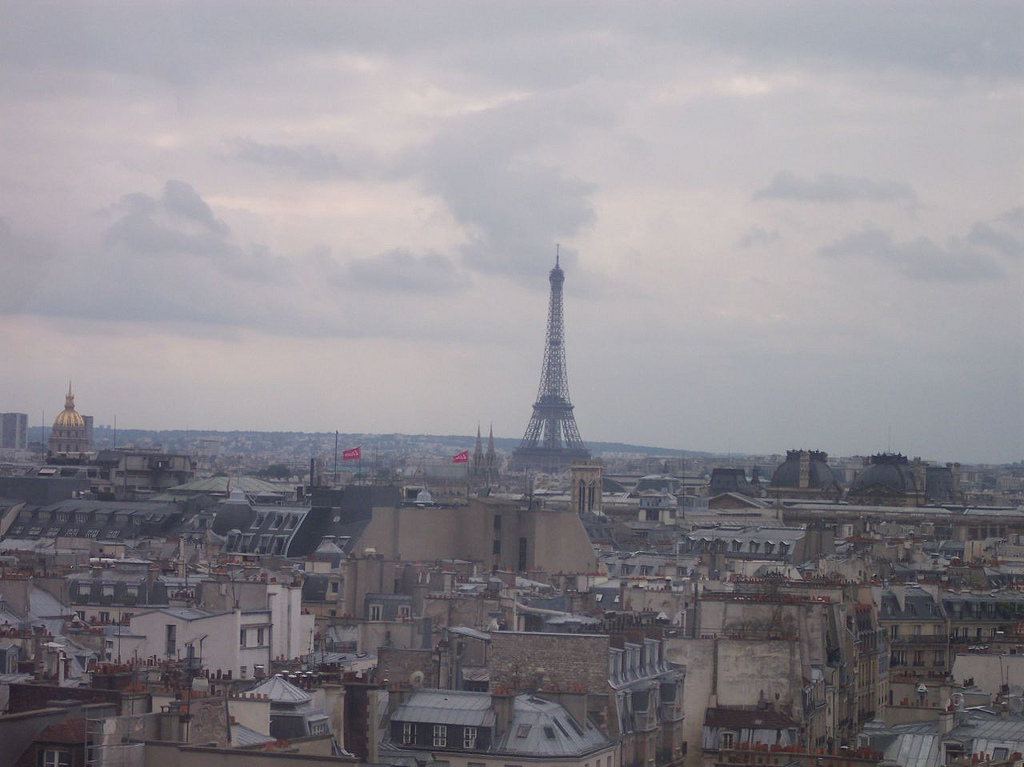 From there, I went to architecture school and a postgraduate degree in architecture history. Throughout it all, my interest has been in cities, landscape, and how things fit together in a broader context. I have never had interest for architecture as an isolated artefact.

Who is your favourite French architect?
I don’t like to define architecture through the very small proportion of famous buildings as opposed to the broad bulk of what gets built. I think France is lucky today to have a lot of good unsung architects producing quality work around the country. 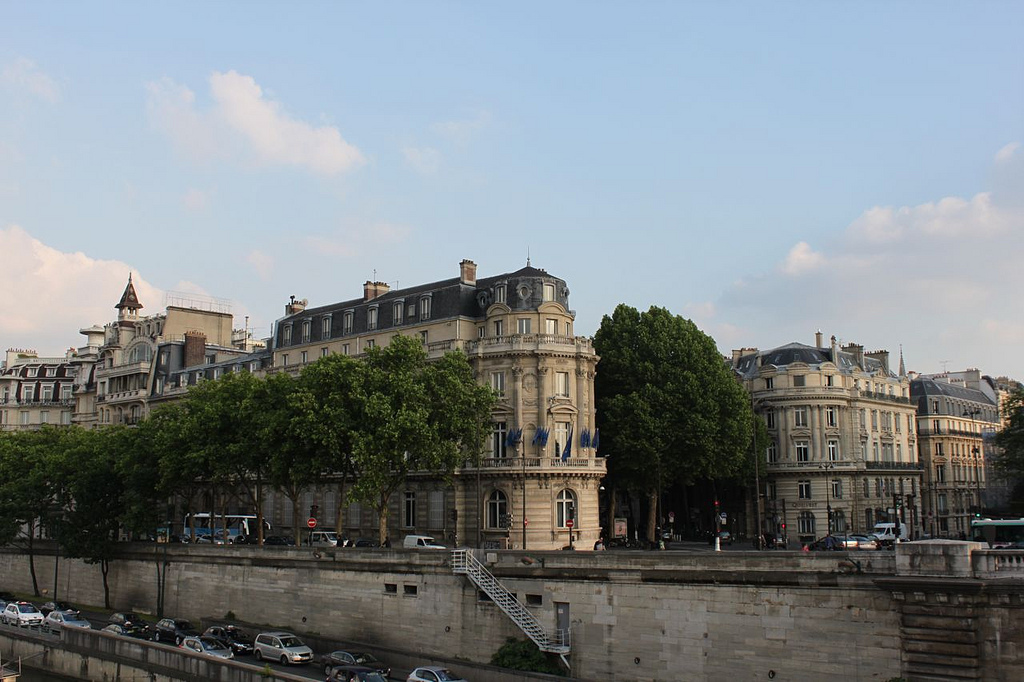 In keeping with that view, my favourite architects are those who base their practice on a certain humility and honesty – I see Patrick Berger and Yves Lion as two good examples of this approach. Looking back into history, my favourite architects are those who combined rigour and elegance with creativity, such as Claude-Nicolas Ledoux, Charles de Wailly and Henri Labrouste.

Tell us about the moment you decided to write ‘Paris Reborn’. Where did the inspiration come from?
My interest in nineteenth century Paris, and generally the role of the nineteenth-century in forming modern France, had been growing for some time. The more I read, the more I felt that there was an extremely compelling story that had never been fully told, at least not as I imagined it. 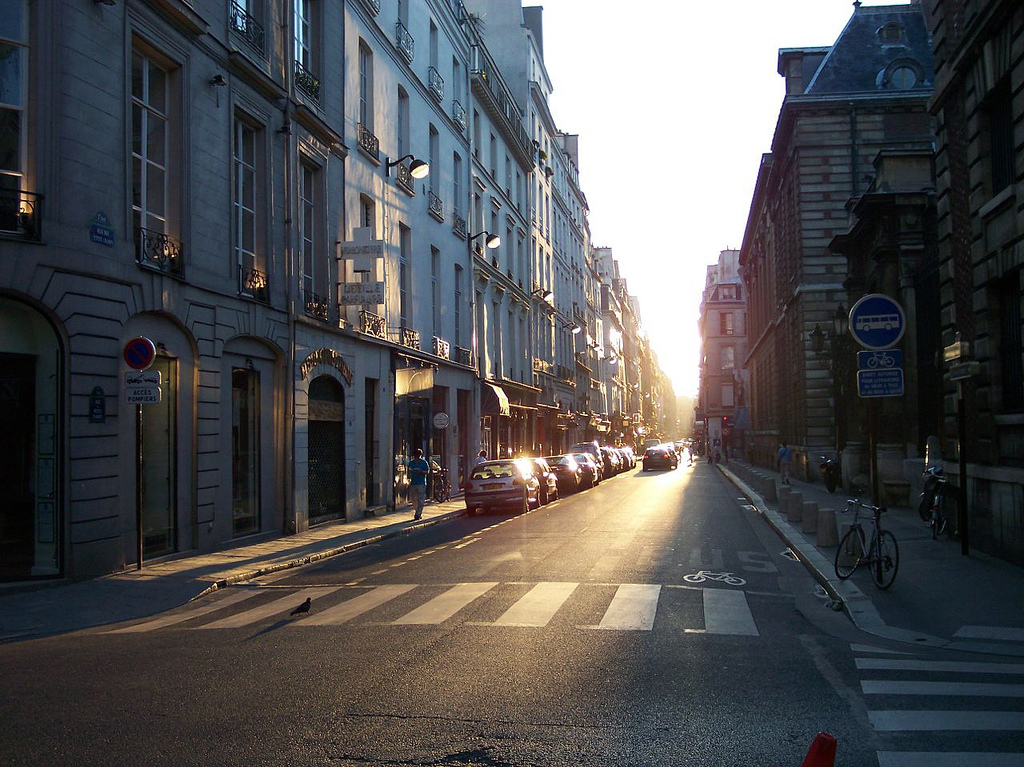 I wanted to take up the challenge of bringing the great richness of the research that has been done in many disciplines on nineteenth century Paris to a broad audience of people who would not read the academic literature or go in the archives themselves, but simply had interest and curiosity about the subject.

What did the advent of Haussmanian architecture mean for the city of Paris?
As I explain in the book, ‘Haussmannian architecture’ is a bit of a misnomer as Georges-Eugène Haussmann himself was not very sophisticated in his knowledge and tastes and certainly did not originate an architectural style. But a form of expression for domestic architecture did develop at the time of his administration and had a huge impact on the identity of Paris. 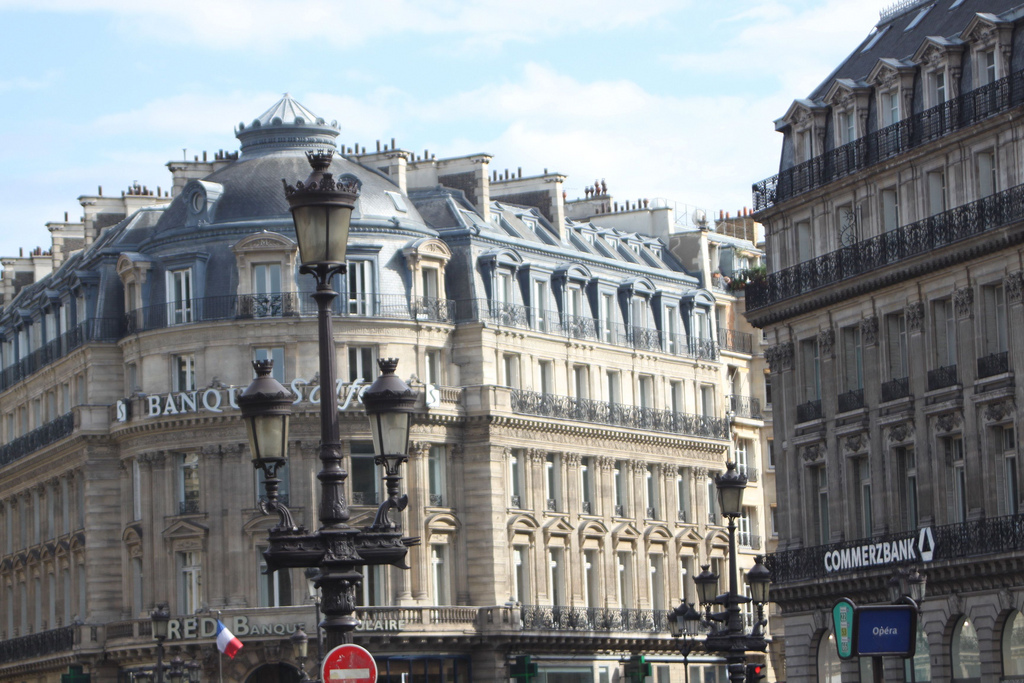 A large part of the impact comes from the fact that a very large number of buildings were built in a fairly concentrated period of time according to a simple and repetitive model. The approach has meant that Paris is  instantly recognisable, which has been tremendously important for the city’s identity.

Many people associate the buildings of Paris with a romantic ideal: where do you think this comes from?
Historically it can be seen as a bit of a paradox, as the actual Romantics of the first half of the nineteenth century had tastes that were generally very opposed to that of the Haussmann administration. Yet it still makes sense to me that the buildings of Paris are associated with a romantic ideal. 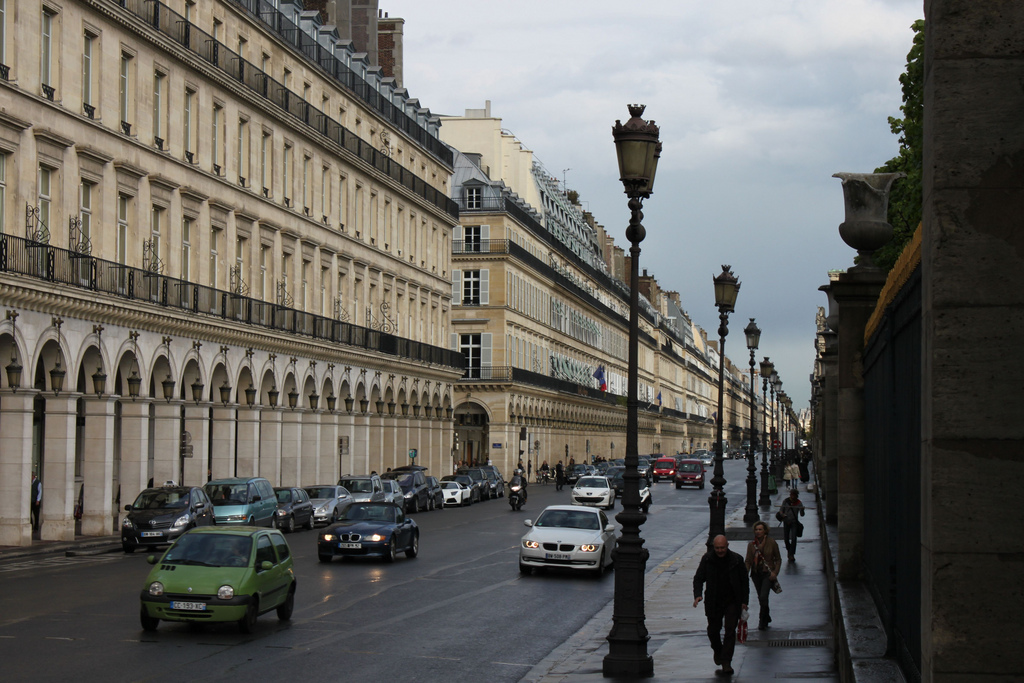 Well before the Second Empire, Paris was very closely associated with the cultural, the sentimental and even the lyrical. One only has to hear how the poet Heinrich Heine spoke of the city. I suspect that to some extent the architecture has taken on a semantic role beyond its inherent beauty and has become a vector for the characteristics the city has upheld. So it is the art, the literature, the music, and the extraordinary characters of the city’s history that are represented in the Haussmannian façades.

What was the most unexpected or interesting thing you discovered during your research for ‘Paris Reborn’?
The most striking thing for me was the extraordinary passion that Paris seems to have always aroused among those who lived there. A character like Maxime Du Camp, who founded La revue de Paris and dedicated a great part of his life to understanding and promoting the city he loved, is an excellent, and hardly isolated, example of this. 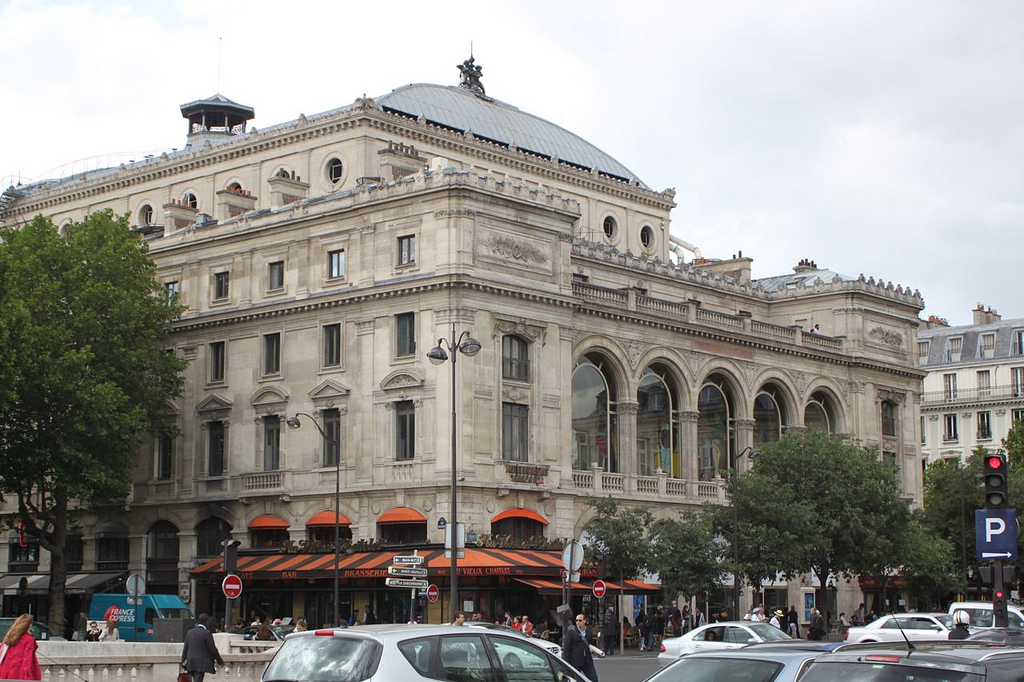 It seems to me this spirit, visible in all facets of art and learning, played an extremely important role in the city’s self-definition in the critical transition into the Industrial Era.

Through my research I really began to fully understand the extent to which Paris, before being a city, is an idea.

Please tell us your favourite… 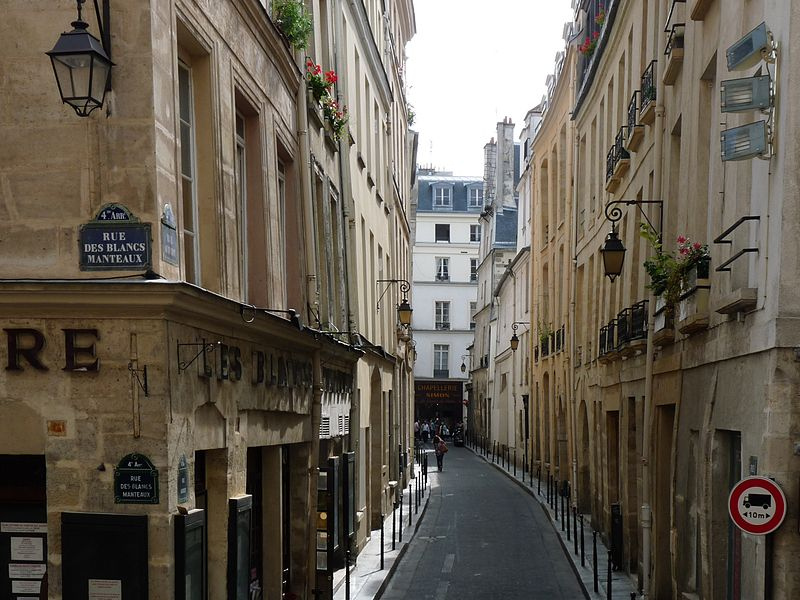 Day trip location… Exploring the towns around Paris such as Gennevilliers, Saint-Denis, Ivry-sur-Seine and Montreuil.

Do you have any favourite French places in New York? Petite Crevette, Barbès and The Invisible Dog.

Thank you Stephane for taking the time to speak to us at MaVieFrançaise®. We’ve enjoyed getting to know more about you and your work.

All images by Stephane Kirkland
Except Paris rue aubriot, via Wikipedia.