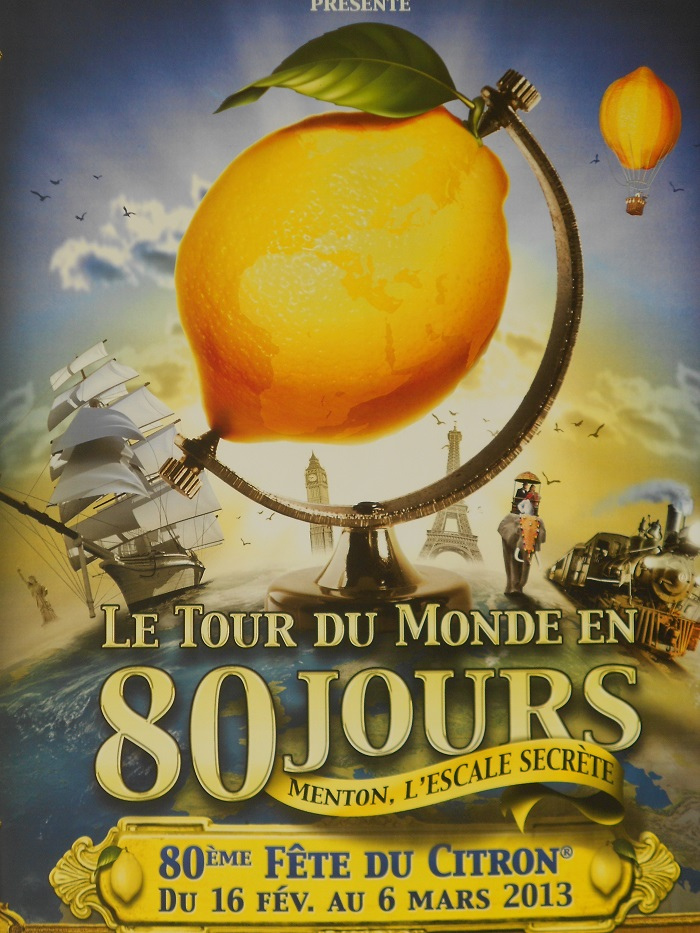 Every year in Menton, France there is a festival to celebrate le citron: ‘The Lemon Festival’. This grand, over two-week-long affair, showcases the lemon, as well as limes and oranges. Come one, come all, let’s celebrate all things citron!

Raise your hand if you knew that Menton was once owned by Italy? It sure was – until 1860, when it was annexed to the county of Nice. There’s a nice balance of Italian and French culture in Menton… As one would suspect, since Menton lies on the border of Italy and France. The food and flavors reflect the two cultures perfectly. Ok, enough with the history – on with the festival! 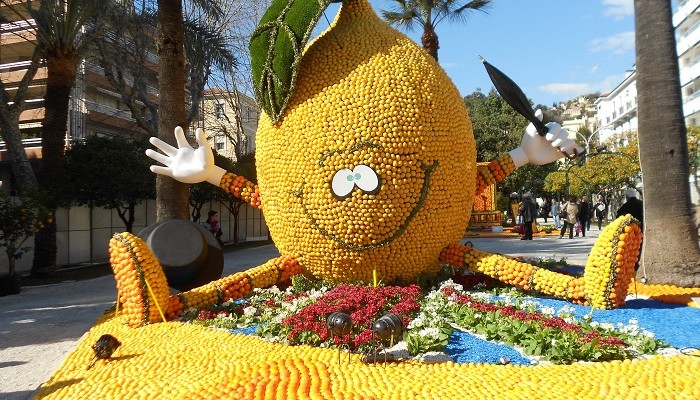 Each year there’s a different ‘theme’ for the event, and this year it was ‘Around the World in 80 Days’, based on Jules Verne’s novel. It seemed only fitting since this year was the 80th Annual Lemon Festival. 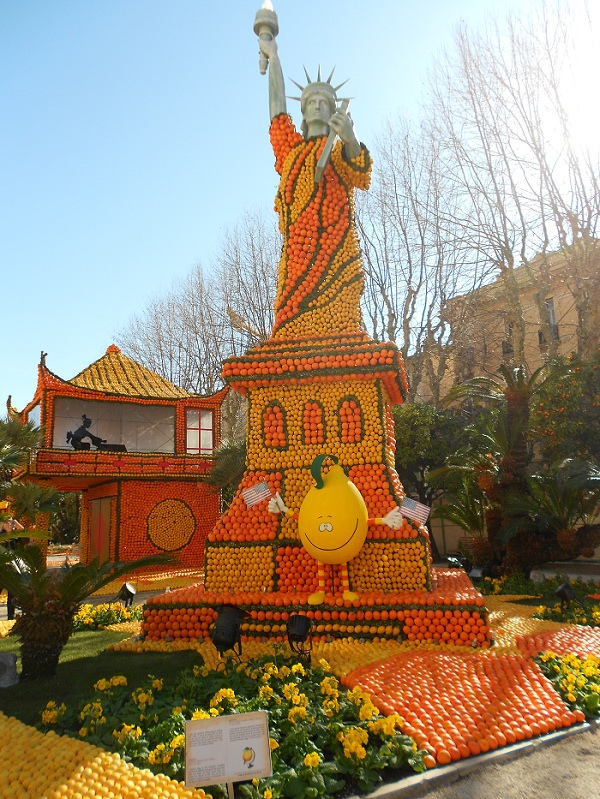 As you walked through the exhibit area it featured large landmarks from around the world, with information boards explaining parts of the novel associated with the different sculptures which were made of lemons, limes and oranges!

Some of the sculptures moved and some blew smoke. There was water and music and all kinds of fun! It was quite a lemon party.

You can just imagine how yummy it smelled just walking around. Just the citrus smell made you happy. It was like aromatherapy, you know?

Now let’s talk food and drink shall we? Of course they had limoncello, sables, olive oils, confiture, cakes, crêpes, liqueurs and even pasta – ALL flavored with lemons, limes and oranges – OH MY! 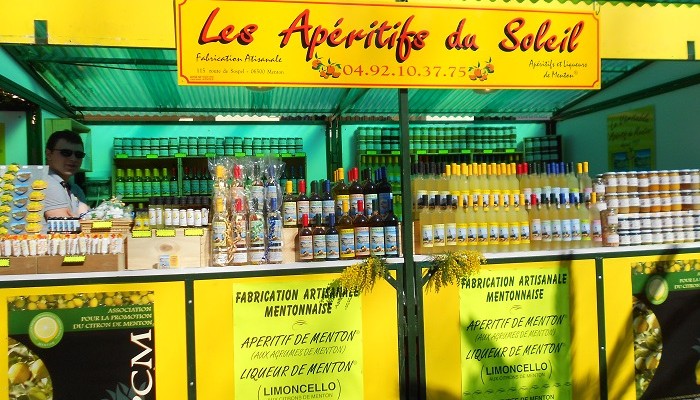 You know I was first in line to sample the different varieties of citrus liqueurs. After a few bitter shots I knew that my heart (and taste buds) belonged to the classic limoncello!  I also found some fantastic artisan stuff this year that knocked my boots off! I even purchased some extra bottles for some ‘lucky’ friends back in the USA. As I was boozing it up (just kidding), mon mari was taste-testing other goodies.

He snagged himself some amazing lemon sablés. He’s still talking about how good they were. Yes, past tense ‘were’ – they didn’t survive long in our house. 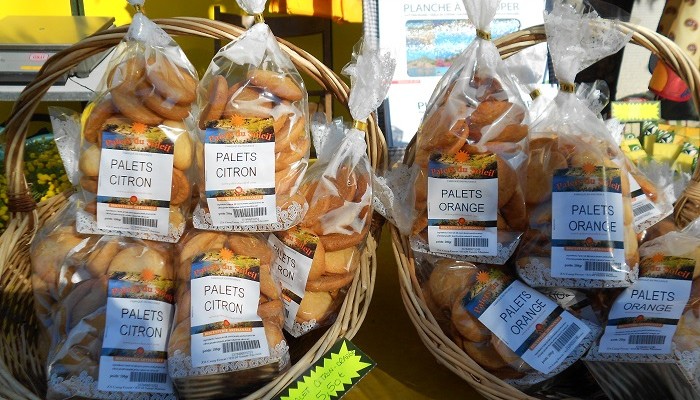 We also couldn’t resist sampling a few varieties of confiture. It ended up in our reusable shopping bag for home use of course! I mean, have we met? 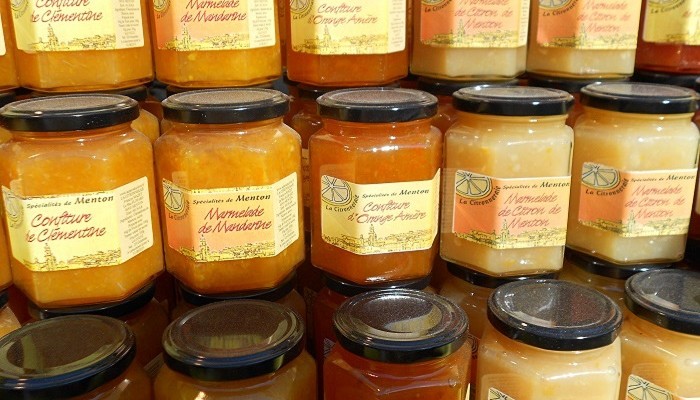 They don’t mess around here; they take this citrus stuff pretty seriously. All the vendors are artisans for the products that they sell here. So you don’t need to stress about buying something that you’ll regret later. That won’t happen. Sample everything and when life gives you lemons… you know the rest.

This is one lemon celebration that happens every February. So if you’re going to be in the area you really don’t want to miss it. Unless of course you don’t like Lemons??!!