Saint-Germain-des-Prés, a haven for French artists – Part one 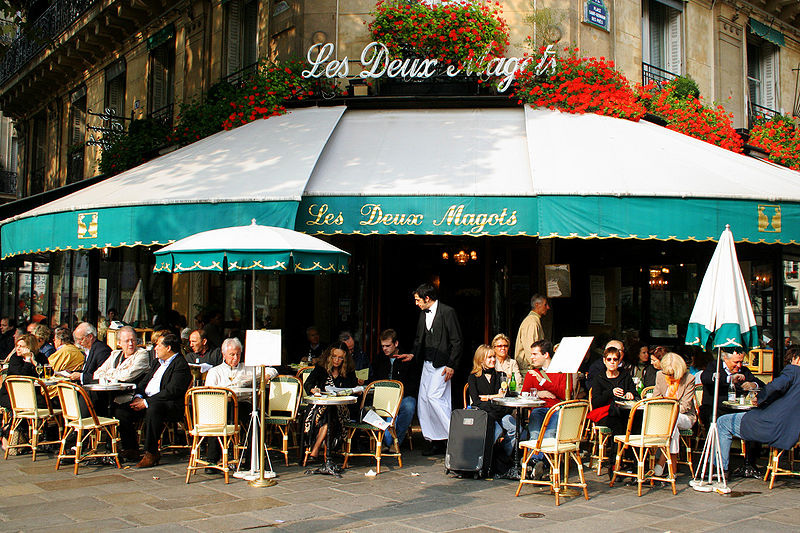 When you think of the Saint-Germain-des-Prés quartier in Paris, certain words and pictures come to mind such as Sartre at le Café de Flore, literary prizes and François Mitterand having lunch at Le Lipp. The intellectual buzz in Paris’ cafés and laneways was well and truly present before and after the historic liberation.

Saint-Germain is the quartier of the artistic and intellectual elite. It is located right in the heart of Paris in the 6th arrondissement and is full of iconic cafés that are still very popular today. These cafés have acted as a place for mysterious meetings and heated discussions for decades.

The birth of an artistic quartier in the heart of Paris 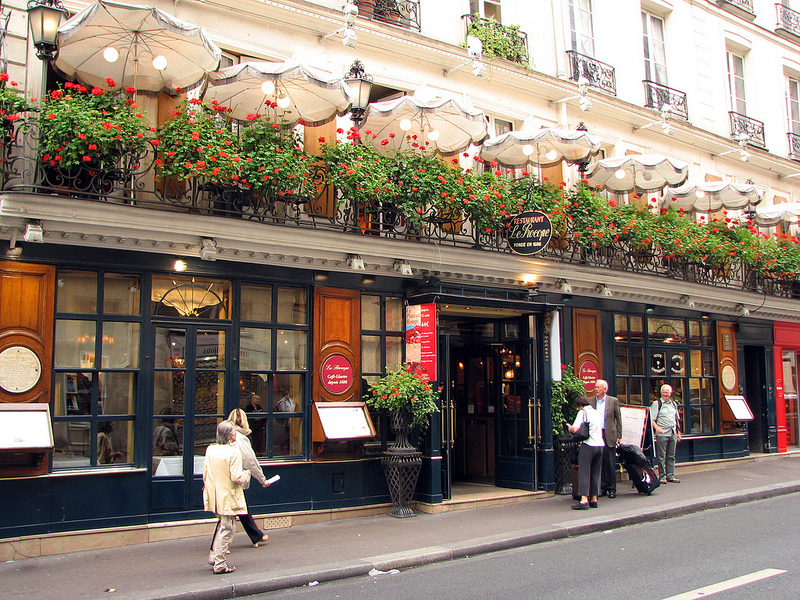 Saint-Germain’s reputation began to emerge in the 6th century with the construction of the Saint-Germain-des-Prés church, whose name was taken from the bishop Germain of Paris. From the 17th century, intellectuals met more and more frequently in the cafés around Faubourg, especially the Procope. However, the revolutionaries of 1789 were living in the quartier.

Saint-Germain’s spirit survived the destruction of its church during the French revolution. In fact, the quartier became the hotspot for intellectuals, politicians and artists of the 19th century. Writers (Balzac, Sand, Nerval), painters (Ingres, Delacroix, Manet), actors and politicians would bring the cafés to life with their discussions.

Café de Flore, les Deux Magots and Le Lipp, built in the 1880s and located on Paris’ famous Boulevard Saint-Germain are the cornerstones of the artistic and intellectual vivacity that spread in the 19th century. 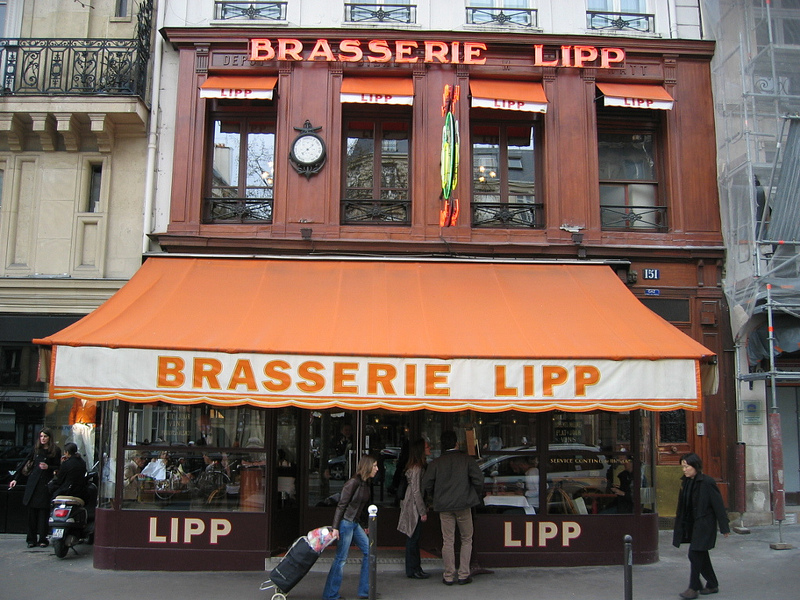 The author Léon-Paul Fargue said that “Le Lipp is essential to Parisian décor and we love it unconditionally”. Le Lipp was built for a couple from Alsace who made choucroute and beer a symbolic tradition. It was classified as a historic monument in 1989 for its décor.

Thanks to its location halfway between the Assemblée Nationale and the Senate, Le Lipp became a hotspot for politicians. The brasserie became famous in 1920 when it was purchased by the Cazes family. Malraux would dine with Saint-Exupéry, and you could often spot François Mitterand, Pompidou, Giscard d’Estaing or even Jacques Chirac at a table. 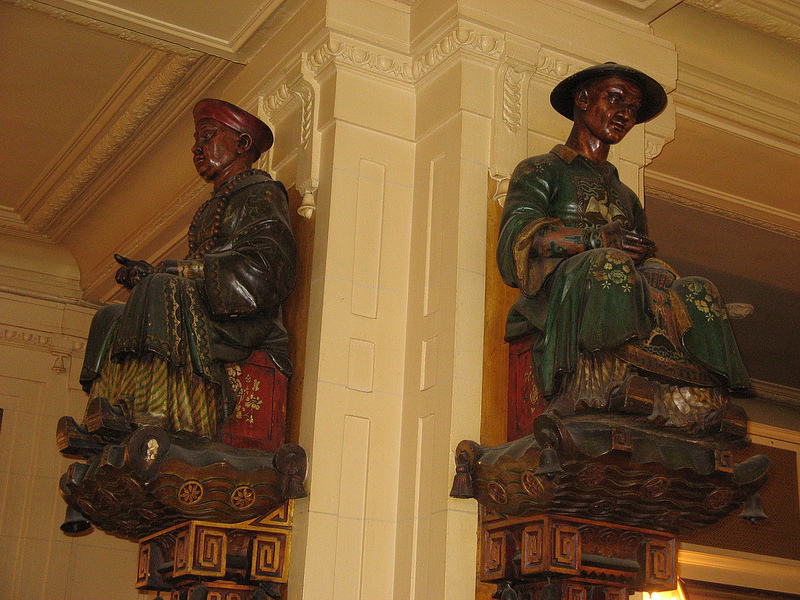 Across the road, you can get a coffee at Les Deux Magots whose name comes from two farcical Chinese characters who would sit in the room (magot means a sturdy figure from the far East). They came from the shop that was there previously, before it became a café.

Poets such as Verlaine, Rimbaud and Mallarmé would often come to have a glass of absinthe on the terrace. The Deux Magots prize was launched in 1933 to consecrate its dedication to culture. 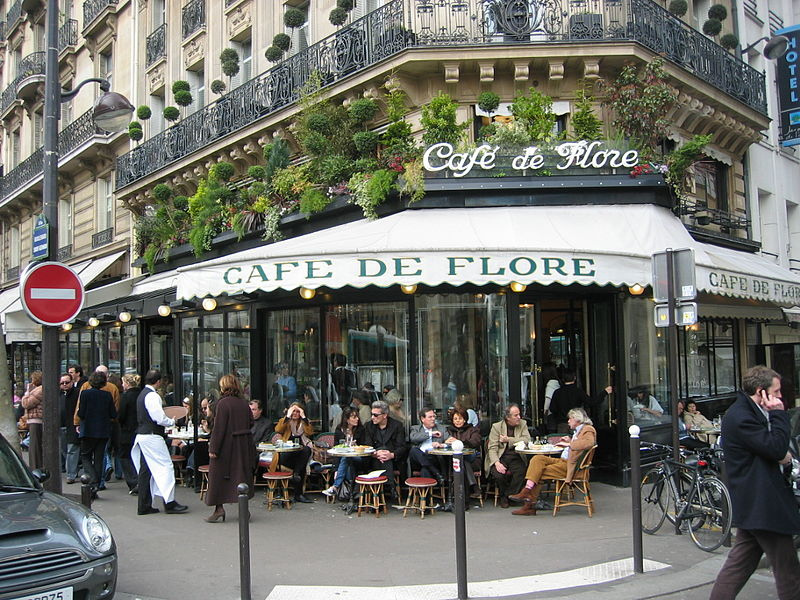 The Action Française magazine, founded by the anti-dreyfusards Charles Maurras, Montesquieu and Jacques Bainville, was born in the Café de Flore. The café was also the poet Apollinaire’s office who would be there at precise times.

In 1917, the Dada movement came to life and the term surrealism was used for the first time. During the occupation, the café’s oven would warm up the writers and philosophers who felt at home there. It was also the meeting spot for the bande à Prevert.

Sartre said that “the paths of the Flore were for me the paths of freedom”. He became the symbol of Saint-Germain, and would spend whole days there with Simone de Beauvoir.