Captioning with plaisir: the art of French subtitles

How often have you gone to see a French film at the cinema, only to be extremely distracted by the French subtitles? Halfway through the film, you realise that you have spent your time disagreeing with the translation, or just wishing your eye would stop wandering to the bottom of the screen.

In light of the recent Alliance Française French Film Festival, I thought that I would share with you some interesting notes on subtitling. Once you are educated on how much work goes into creating subtitles, you will never be annoyed by them again! Now when I see a French film, I thoroughly enjoy it and try to analyse the translator’s every decision.

So here are a few rules with which a translator must work:

Language is closely related to culture. This poses a difficult challenge for translators whose job it is to correctly translate cultural phrases into another language. There are also slang words and jokes to translate in such a way that they can be quickly comprehended by somebody who speaks a different language, or who is from a different cultural background. The language must be adapted to suit a certain tone, and to represent a type of social class or way of speech. Even the translation of a film title gives a great indication of audience.

An example of French translation 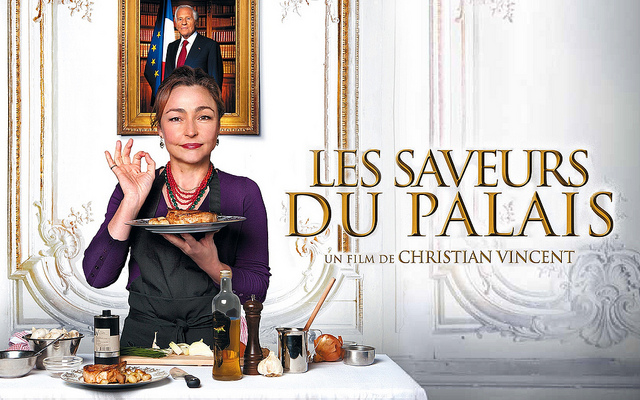 During the film festival, I had the pleasure of drooling over the decadent film ‘Haute Cuisine’ (‘Les Saveurs du Palais’) starring the wonderful Catherine Frot, who plays the private cook for the chef d’état, François Mitterand. I thought to myself, “how will the translator change the names of the typical French foods?” or “will they get the political language across correctly?”

Watch the trailer with the English subtitles to see for yourself:

Even in this small excerpt, you can identify how a translator has thought out some of the phrases.

Firstly, it is common for the French to use the full title ‘le président de la République’ to refer the the President. This is always omitted in the English subtitle.

How about when she says “Cuisine privée de la présidence de la République, j’écoute”, when it is sufficient to write “President’s private kitchen” in English?

And “C’est moi, le dessert!” – shouted by the head chef – which is not a grammatically possible phrase structure in English.

Also tastefully, “il l’a mangé avec plaisir” becomes “devoured it”, where ‘devouring’ is used in a positive sense to express the désir et plaisir of eating.

As I’m sure you can identify even in this short bande-annonce, there are so many elements that make French translation an extremely interesting subject. It is much like reading a translated book, but with the beauty of the original text printed on the opposite page for real-time comparison.

Hopefully the next time you watch a French film, you will watch it with as much plaisir as François Mitterand enjoyed his cabbage.

Do you enjoy subtitled films? What are some of your experiences with translations?