The best crêpes in Melbourne – living the French dream is within reach! 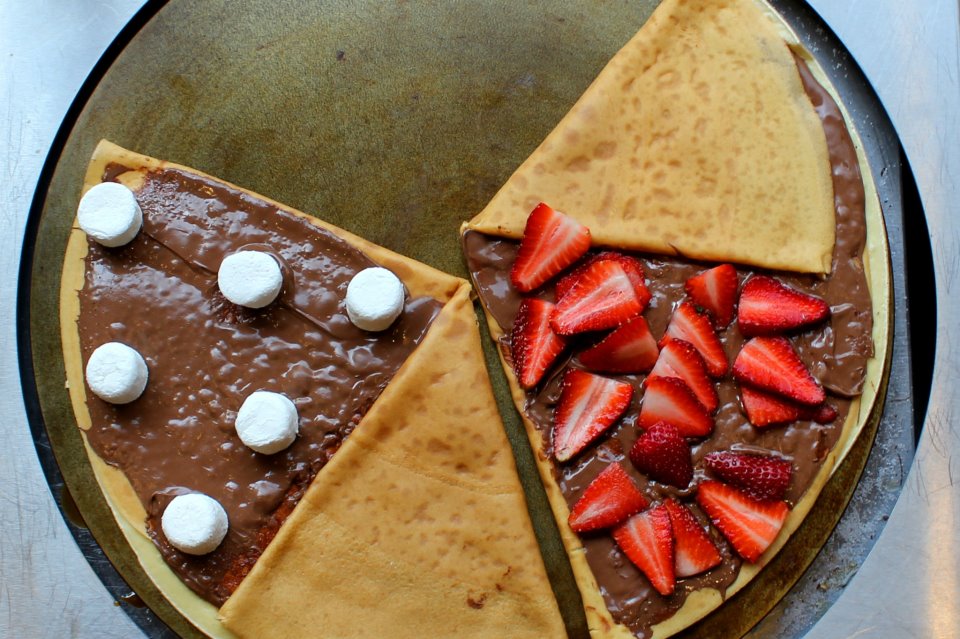 Have you every found yourself wandering about Melbourne suddenly salivating for a little something French? Well, we’ve been preparing for such a day, and we’d very much like to help you curb your cravings… with the best crêperies in Melbourne! Come with us and discover…

The humble crêpe is a dessert that originated in Brittany, a cultural region of northwest France. Despite being made from relatively the same stock ingredients as pancakes (flour, milk, egg, butter and sugar), crêpes are made exceptionally big and paper thin. Once they are topped with practically anything you desire, they’re either rolled up like a cigar or folded into four. Traditionally, crêpes are a sweet treat, while their savoury counterparts are known as galettes. 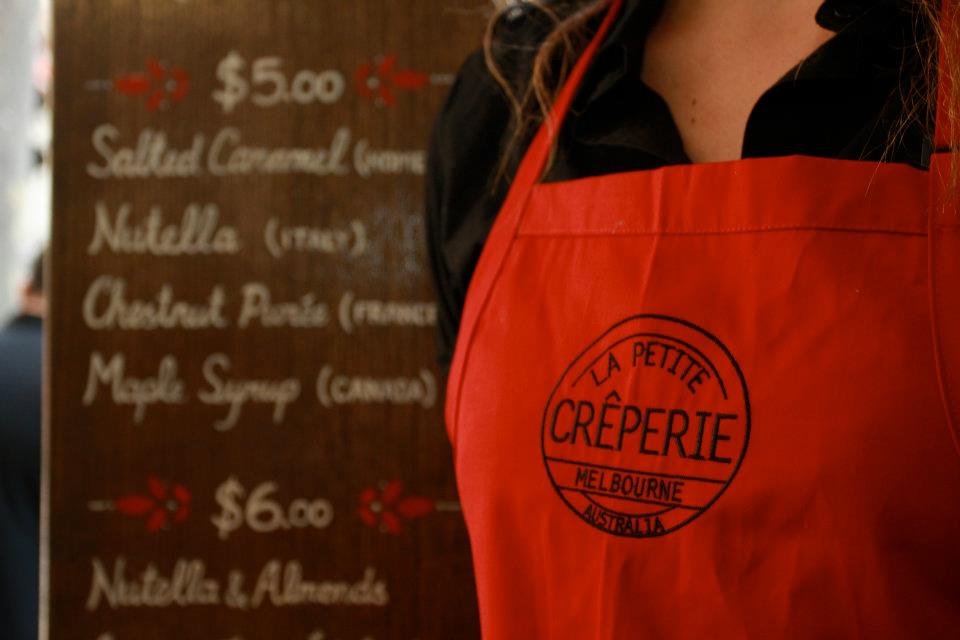 If you weren’t looking for it, you wouldn’t be blamed for walking straight past La Petite Crêperie. This authentic French crêperie is, in fact, just a small converted newspaper stand on the side of the road and easy to miss in the hustle and bustle of Swanston Street. But don’t let its size fool you. This crêperie is quintessentially Parisian, the staff are French, the décor is French, and the music playing out of the old- fashioned CD player is French. The fact that their crêpes are delicious is just an added bonus. Try the peanut butter and chocolate – it’s bliss. 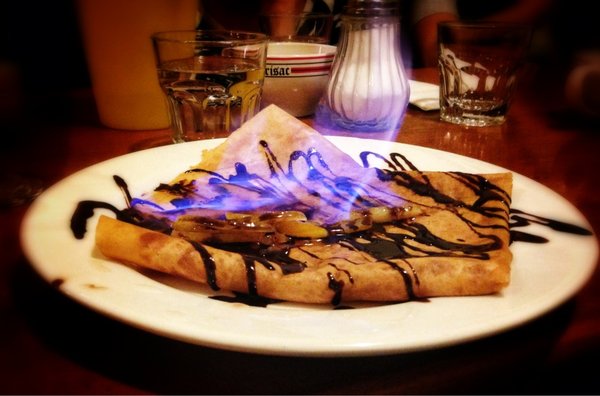 This is where French enthusiasts across Melbourne come together to gorge on crêpes and practice their language skills. Their motto: Use it or lose it! Here, my favourite crêpe is the ‘Jaffa’ (chocolate and orange – the ‘Jaffa Surprise’ is pictured above).

In the heart of the CBD, just off one of Melbourne’s favourite laneways, is Roule Galette, a cramped but cute French crêperie. The homemade caramel and salted butter crêpe is a perfect choice. If you’re after something a bit more decadent, try a Belle Hélène with braised pear, hot chocolate and whipped cream. They have a second store on Rebecca Walk near Southbank. 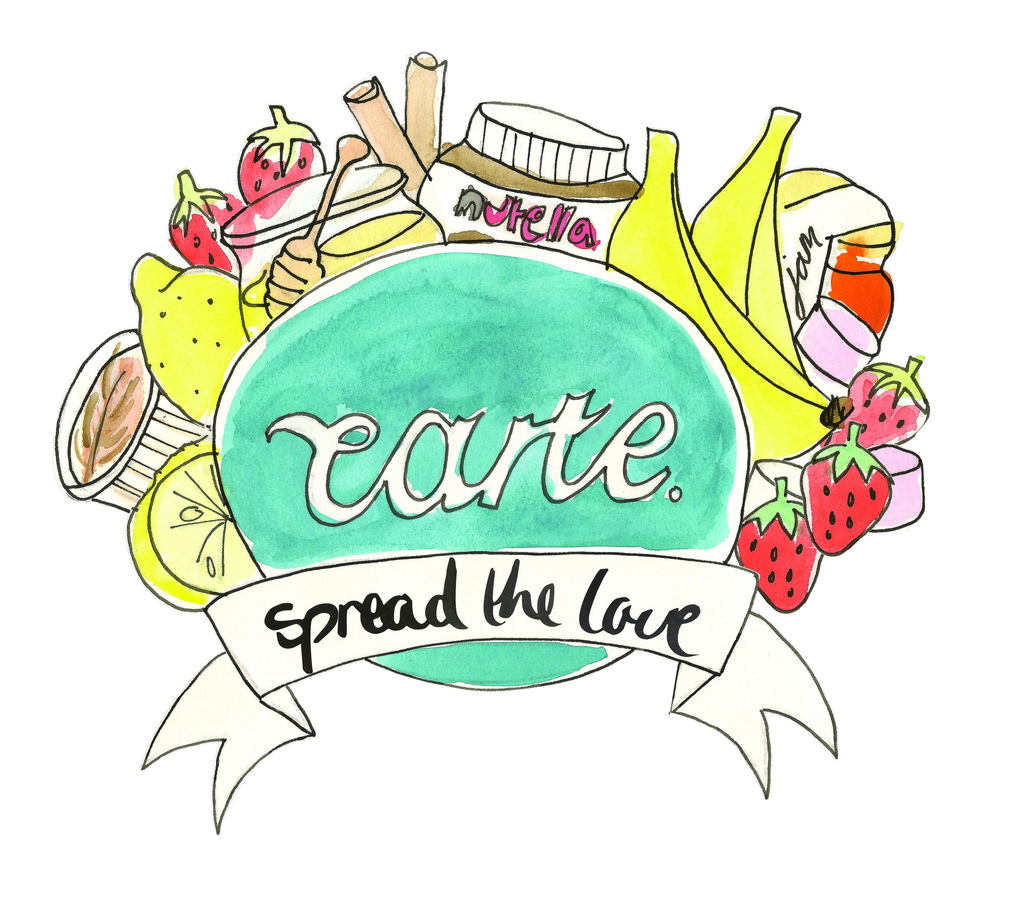 A Melbourne University student enterprise, Carte Crêpes has been popular with the studious masses since its creation in 2010. Their lemon and sugar crêpe is simply delicious, but their French inspired menu is so mouth-wateringly varied that it’s tough to stick to the classics. Try the chocolate and coconut, the dark chocolate, raspberry grappa, jam and coconut (‘the lamington’), or just go crazy and build your own. 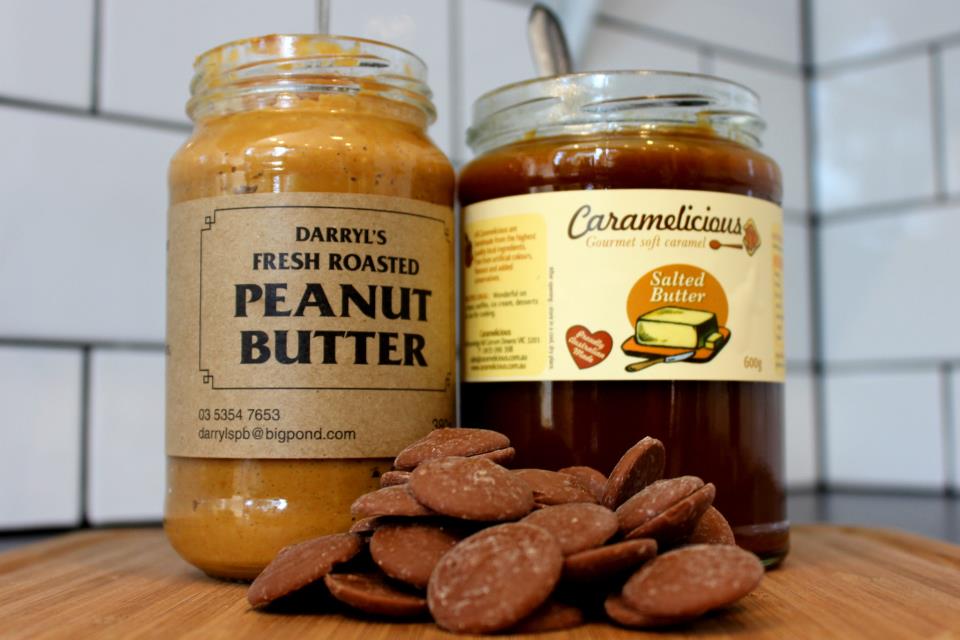 Which is your favourite French crêperie in Melbourne? Share your suggestions below!