France versus England on a plate – Part 1 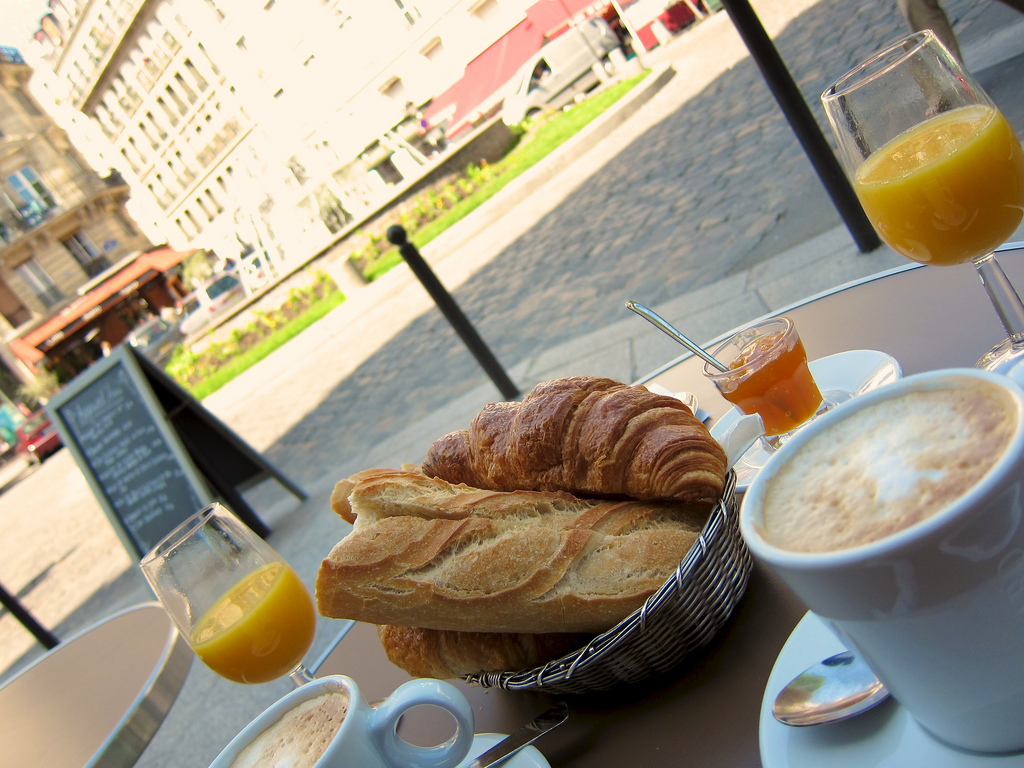 Today, breakfast is considered one of the most important meals of the day. Filling up with lots of energy in the morning allows you to keep in top form for the whole day and avoid snacking. So don’t leave home in the morning with an empty stomach and don’t devour anything you can get your hands on.

Ideally, you should take the time to sit and savour the first meal of the day. As Somerset Maugham once said, “tout bonheur commence par un petit-déjeuner tranquille” (“Happiness begins with a leisurely breakfast”).

The history of breakfast in France

In France, breakfast traces its origins to Paris, around the 19th century. Only two meals were eaten prior to this. That rhythm was altered as a consequence of the French Revolution. People were going to work and wanted to invite others to dinner, so they made the meal time later.

Yet this left them feeling peckish during the day, so lunch was divided into two parts so that meals could be better spaced, which is how breakfast was born! 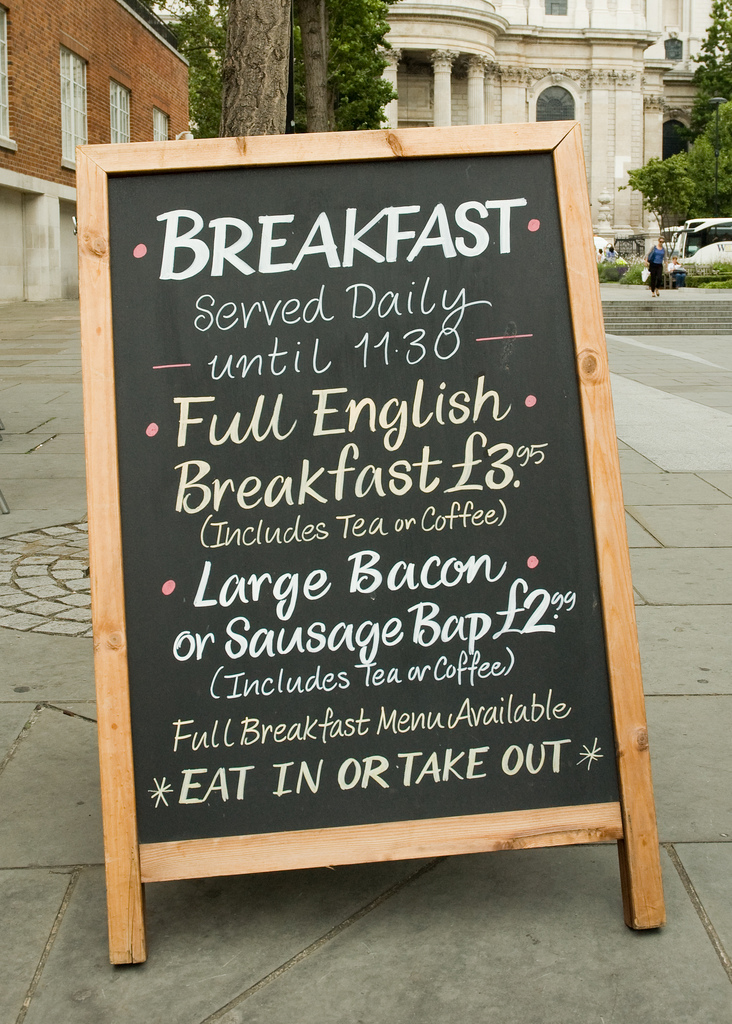 In England, breakfast as we know it today only really appeared in the 60s, with the rise in tourism. The English breakfast was formerly composed of porridge, bread, meat (for those who had the means) and beer, as the water was not drinkable.

With the Industrial Revolution and the appearance of cookbooks, a substantial breakfast became a necessity for workers who needed to build up their strength.

Two histories, two cultures, two ways of life. France is renowned for being the country of gastronomy, so what does their breakfast offer? Across the Channel, England is reputed for its full English breakfast – but what is it that makes it so unique?

Brekkie: the battle is on!

Sweet, salty, acidic, bitter; food has something to satisfy everybody’s tastebuds. Over the course of the day, cravings can vary. Habits, too, play on these desires. In France, for example, the tendency at breakfast time is toward sweet. In England, however, the norm at breakfast is salty.

The French breakfast: sophisticated and sweet 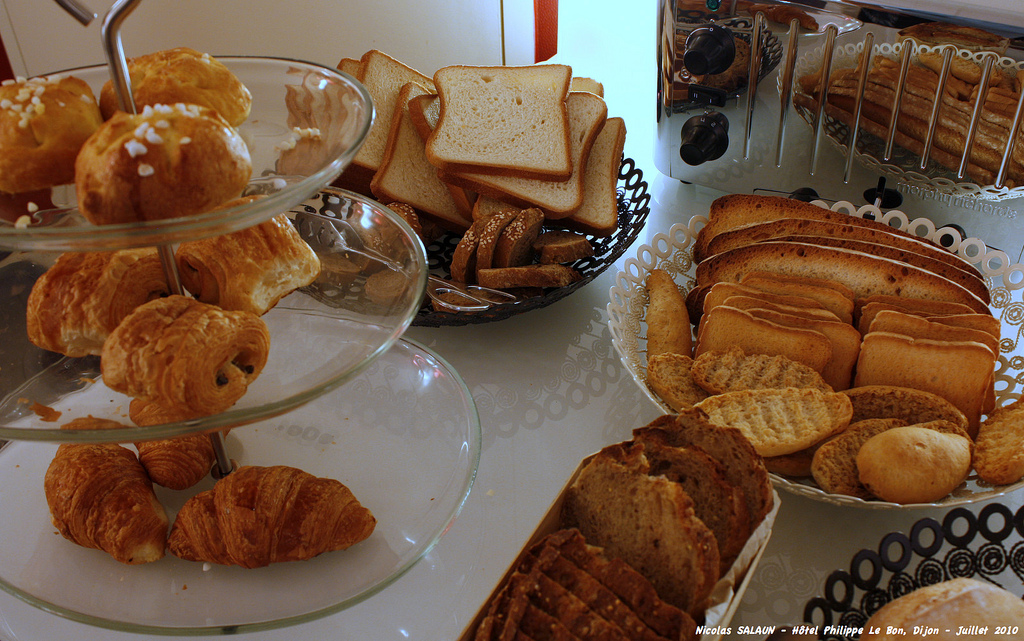 A French breakfast is made up of toast (tartines de pain) and, particularly on the weekend, pastries. The bread of choice for the tartines is the famous baguette. Generally coated with butter and/or jam, there are also more decadent alternatives, such as Nutella and honey, for the true gourmands.

The latter never miss an opportunity to appreciate some pastries fresh from the bakery; still hot, their smell tickles the nostrils and rouses the appetite. They are best savoured in the early hours of the morning for a sweet awakening.

The English breakfast: copious and salty 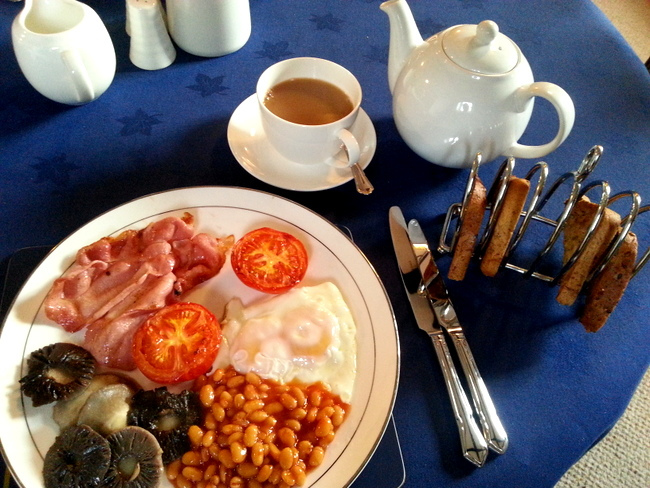 Rich in fat, the English breakfast is generally eaten on the weekend rather than during the week. It caters for those who have a good appetite on waking up. To start, bacon and eggs are the essential ingredients, with toast and a portion of baked beans good accompaniment. And for those who are up for a challenge, mushrooms and slices of tomato are also on the menu.

The final touch is to season it all with ketchup or barbeque sauce, which is washed down with coffee, orange juice or tea (with a bit of milk).

The only thing you can do is try them both in order to decide which of these two breakfasts makes your mouth water most! Allow yourself more time in the morning for breakfast, as it is a moment of pleasure that gives you strength and keeps you in shape and good spirits the whole day long!

Which version of breakfast do you prefer?