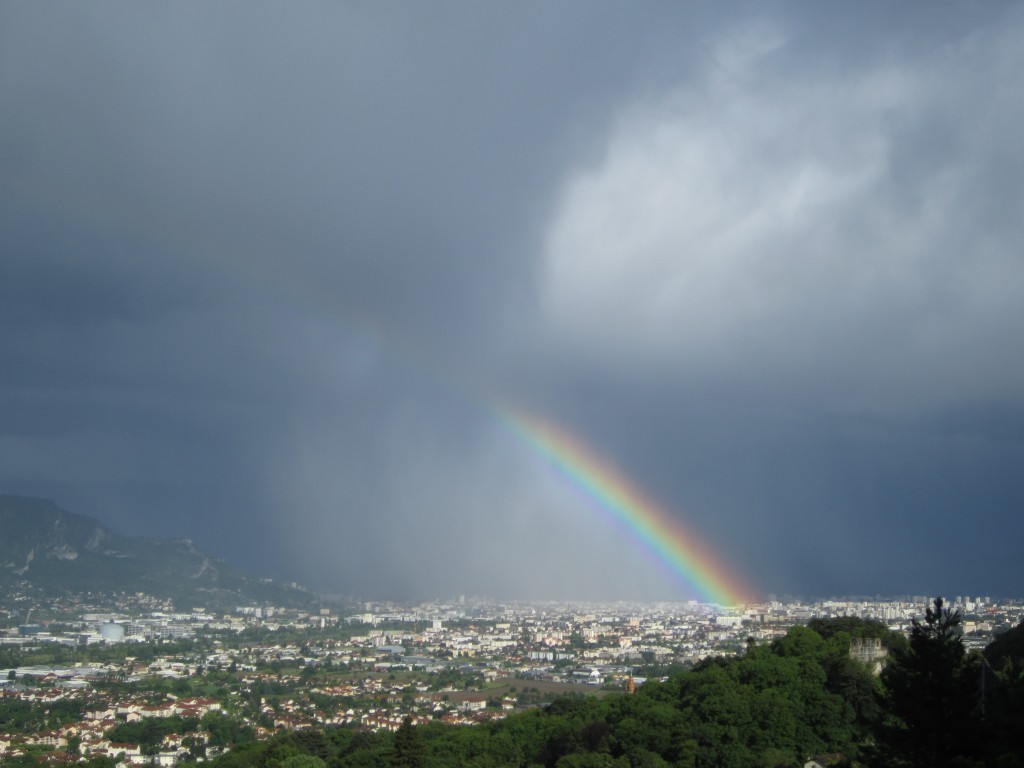 Same-sex marriage; the prospect of a female mayor for Paris; French people complaining about the weather, this time via social media … France is very much evolving.

French elections: a woman in charge at the Paris city hall in 2014? 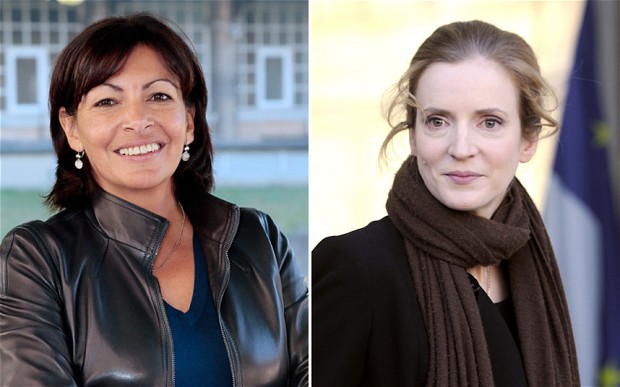 2014 will see France’s municipal elections taking place. The current mayor of Paris, Bertrand Delanoë, has announced his decision not to seek re-election – so a new mayor shall reign in the Paris city hall. The political party of the Left – the PS (Parti Socialiste) – will now be represented by Anne Hidalgo, the city’s current deputy mayor.

On 2 June, the Right UMP (‘Union for a Popular Movement’) party nominated Nathalie Kosciusko-Morizet, (nicknamed ‘NKM’), a former member of the Fillon government during the presidency of Nicolas Sarkozy, via primary vote.

To watch a video about the announcement of her victory, click here.

Housing, employment, security, transport, the environment: these are some of the issues on which Parisians are awaiting statements from the candidates. 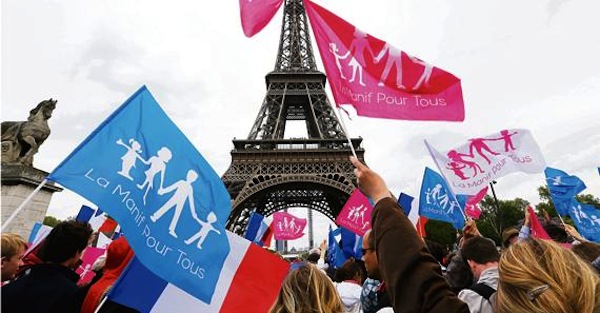 As we announced in our magazine in April, marriage between people of the same sex is now legal in France, and so is the possibility for a same-sex couple to have children. Despite the legislation being passed, the anti-gay marriage movement continued recently on 26 May, with a march organised in the streets of Paris.

Coincidentally, the same day, the 66th Palme d’Or at the Cannes Film Festival was given to Abellatif Kechice for his film ‘La Vie d’Adèle’ (whose English title is ‘Blue is the Warmest Colour’). The film tells the love story of two young women, Adèle and Emma.

In France, the same-sex marriage debate has divided the political parties – and the country. This topic is also making headlines in other countries including Australia, Great Britain and the US. How is the question approached where you live? If you’d like, share your thoughts in the comments below. 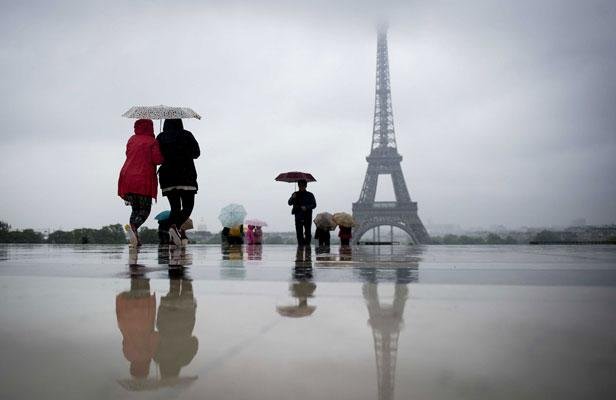 The weather forecast is one of the favourite topics of the French. Go down to the corner café and listen to the conversations, and you will very often hear the French commenting on how the day’s weather is shaping up.

This year, France saw a cold and wet spring.

The French have shared their weather-related sentiments on social media, often with humour. 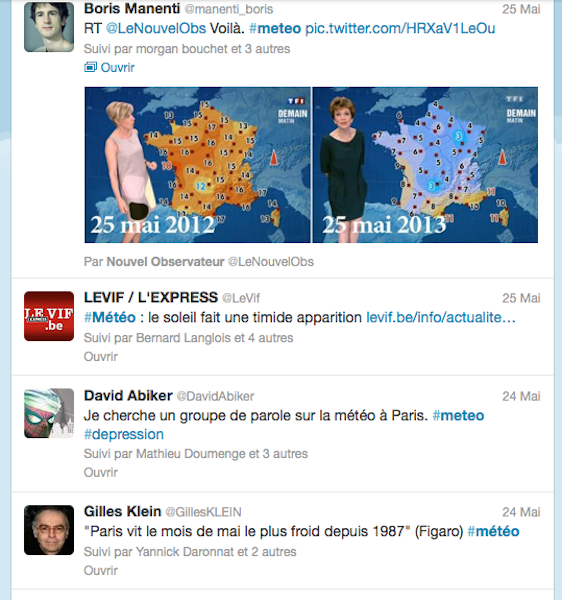 The forecast for the spring of 2013 has had an impact on the French economy, already affected by the economic crisis. Many sectors have been affected, such as agriculture, construction, and textiles. Consumer confidence is at its lowest; the French are depressed. Let’s hope that they have a very sunny summer. Otherwise, why not read Jacques Séguéla’s book ‘Merde à la Déprime’.

If you’re going to France and the weather is gloomy, don’t worry! Really, France is a top location for culture; wherever you are, you will find exhibitions, plays, and concerts. Don’t hesitate to take a look at tourism websites – for Paris, Lyon or Marseille, for example.

What do you suggest for the French to stop feeling sad? Send your suggestion on Twitter to @MaVieFrancaise – the French need you!