Tour de France in focus: the unique atmosphere of the Tour 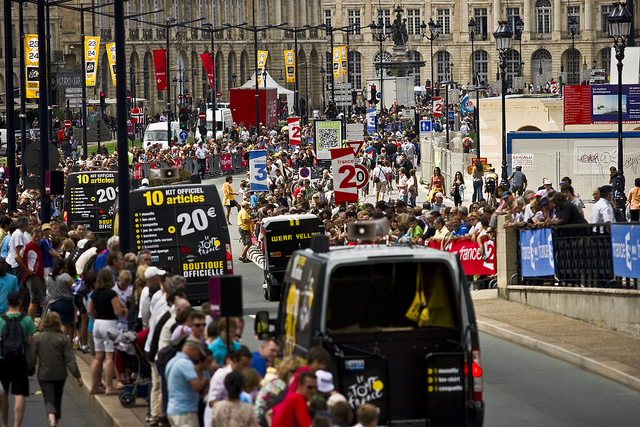 To commemorate the 100th Tour de France, we’ll give you a comprehensive series on the greatest cycling race of all time: the champions, atmosphere, and touristic appeal.

In the second part of our series, we cover the unique atmosphere of the Tour: the Tour ‘caravane‘, the spectators, the towns at each start and finish line, and much more.

Millions of French spectators every year 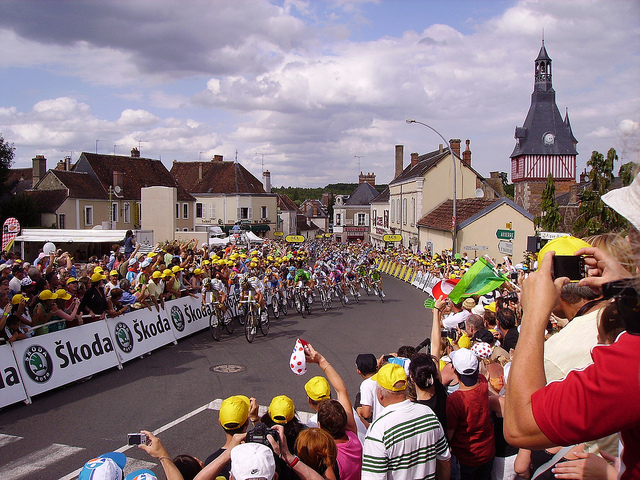 Each year the Tour de France welcomes millions of spectators along the route, which winds through mountains, beaches and the countryside. According to the organisation, 12-15 million tourists, cycling enthusiasts and families gather together every year to cheer on the champions, as well as to see the Tour ‘caravane’ – a parade of floats and promotional vehicles – go past. This procession of publicity vehicles makes its way across France, ahead of the riders, to entertain the crowd by throwing goodies to the spectators.

This tradition dates back to the 1920s, and has since flourished in many cycling races. It began with chocolate and tyre brands deciding to follow the course without being directly affiliated with the race. In 1930, branded teams were replaced with national teams and, concerned about the impact this would have on the finances of the Tour de France, the organisers accepted the arrival of publicity vehicles. Since then, dozens of vehicles have livened up the small fleet of cars, bringing the number of vehicles to more than 160, forming a 20-kilometre-long procession in recent years. 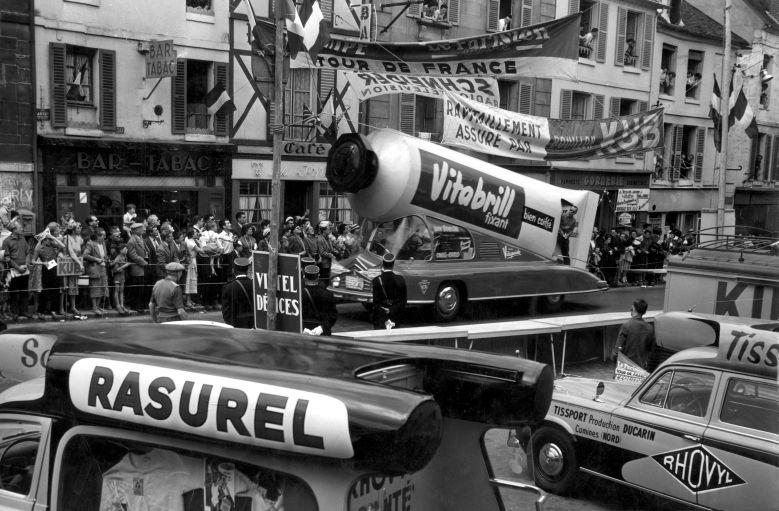 The publicity procession is one of the Tour’s keys to success. First of all, it’s an important source of income, which is essential in order to get the show on the road. Depending on the size and number of vehicles, each advertiser spends between €200,000 and €500,000 for the event. The tradition that was established 80 years ago still continues today, and according to several surveys, more than a third of the public (39%) attend the race primarily to see the procession and to try to nab some of the freebies.

The creativity, colour and size of the floats in the midst of a cheery atmosphere is a sight to behold. The parades last for more than 45 minutes and take place throughout the month of July. Some brands have goodies that are now famous, like the ubiquitous red and white polka dot bucket hats and baseball caps. Each year, the crowds eagerly await these coveted freebies. 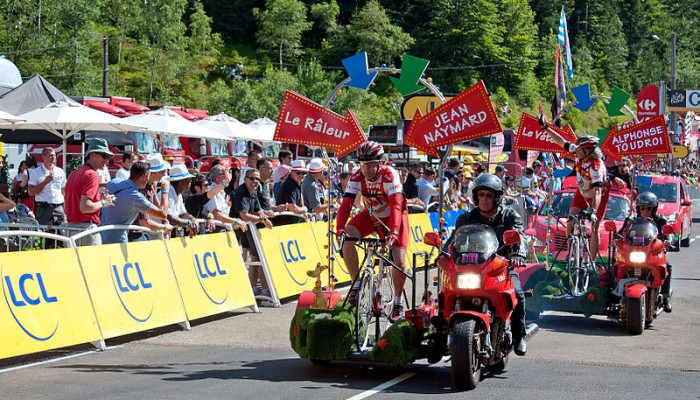 Different towns and villages provide the setting for the start of each stage of the race. The riders and publicity procession usually take off from the main square or the main road in each town. This provides the cyclists with an opportunity to get ready and chat about the race, as well an opportunity for the public to meet and greet the champions if they’re free.

A mock start is held, which lasts a few kilometres and gives spectators the opportunity to admire the cyclists as they parade through the town.

At the start of every stage, each rider is introduced on a podium, and another podium at the finish rewards the winner and assigns the different jerseys (a yellow jersey for the leader, a green jersey for the best sprinter and so on).

Which part of the Tour de France do you like the best?