The jewel of French culture & scrapheap of French history 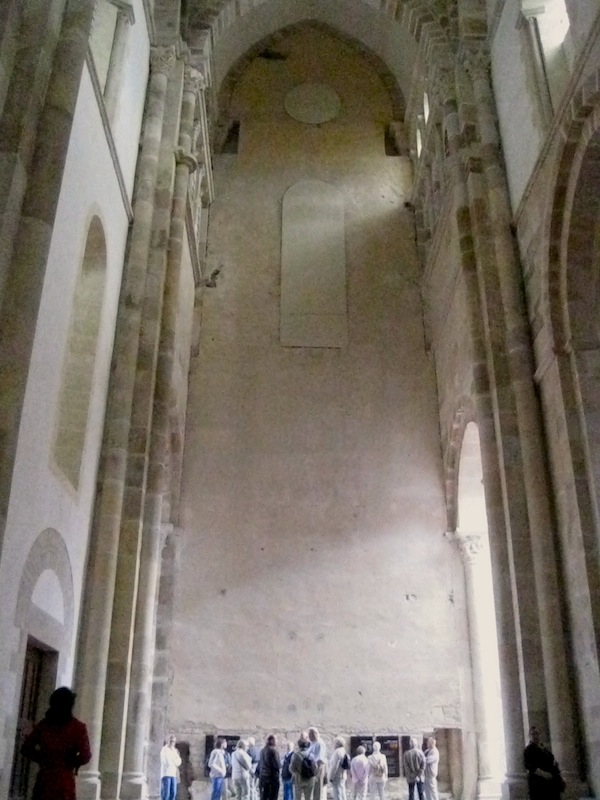 Founded in 910 AD, the Abbey of Cluny was Europe’s grandest, wealthiest, most influential religious and cultural institution until the middle of the 12th century.

At its height it was central HQ for a network of more than 1000 monasteries, which made the Cluniac order the biggest bunch of sackcloth-sporting, rosary-eroding, parchment-illuminating, Gregorian-chanting almsmen in France and the known world.

Its main church, a massive, soaring structure dating from the late 11th century, was the largest building in Europe until it was upstaged by Saint Peter’s in Rome 400 years later. One of the most impressive architectural accomplishments in human history, it was filled with decorations of every description, including ornate sculptures, murals, tapestries and objects crafted in gold, silver and precious stones.

And, compared with the average swineherd’s hut, the ceilings were pretty high too (pictured above).

Despite being hard to heat in the winter, it was an altogether awe-inspiring place. So much so that novice monks seeing it for the first time commonly cried out “Holy Mother!” — which after all was the desired effect. So it’s kind of a shame that most of it looks like this today: 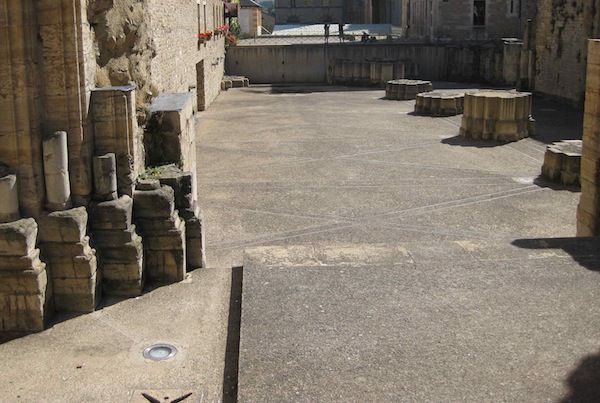 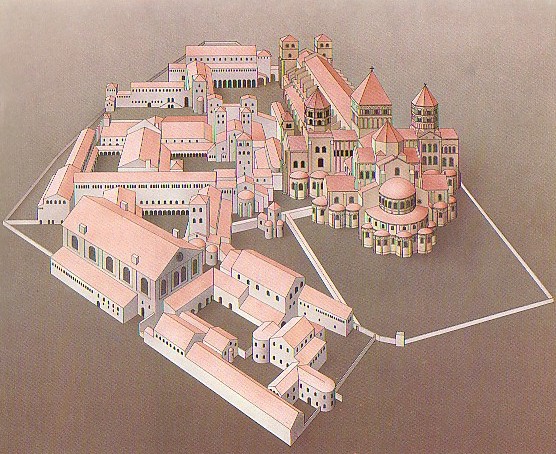 The Abbey of Cluny was laid low by the same force that altered the calculation of Louis XVI’s body mass index: the French Revolution. Appropriated as national property in 1798, the church and its outbuildings were stripped and sold for spare parts, leaving the site in ruins.

To the left is an artist’s representation of the Abbey before the arrival of the First Republic wrecking crew.

Of the church itself, i.e. the complex in the northeast quadrant with darker pink roofs, the only thing left today is one section of the Great Transept, under the octagonal tower farthest to the right, which now peeks above the rooftops of Cluny. 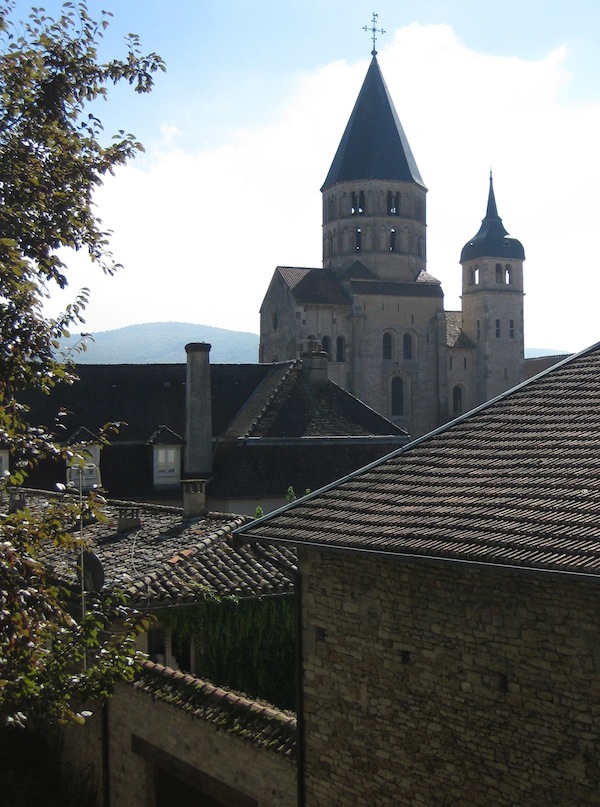 So its gilded (and silvered and precious-stoned) age is long past, but in its day Cluny was the place to be for people like me. Bookish (or should I say scrollish?) B-personality nerds like myself would have flocked there, because it was beautiful, peaceful, prosperous and conducive to mental pursuits. And because it’s virtually impossible to give someone wearing a cassock a wedgie.

Having reached this conclusion, and after wandering around the frankly superb museum that now occupies the site, I started wondering: how would I have fit in with the community?

1. My life as a monk in Medieval France

All photos by David Jaggard except:
1. Abadia de Cluny Conjunto, via Wikiarquitectura.