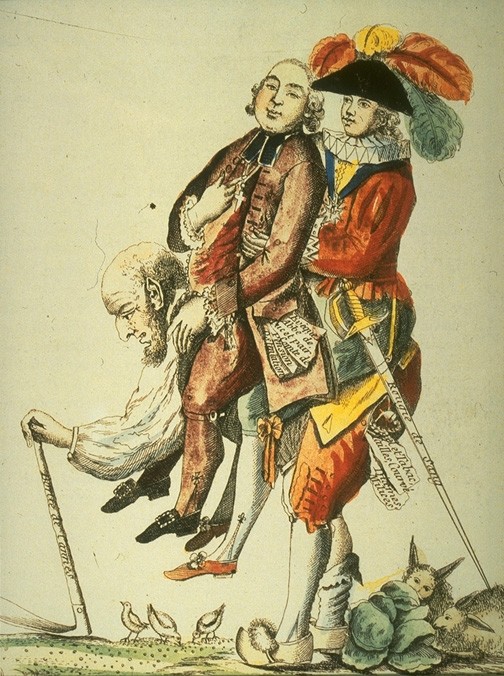 Getting a shock from my charges

Of course, just as for salaried workers, all of those fees are calculated in proportion to income. So every year, along with a French tax return, my wife Nancy and I (we both wristlance — I mean freelance) send a separate declaration of our earnings to a central bureau for freelancers’ social charges called the RSI (‘Régime Sociale des Indépendants’, literally ‘Relinquish Savings Immediately’).

It’s the RSI that notifies all the other organizations of our income for the previous year, so that they can send me their bills and so that we, since we have opted to retain our souls, can send them our dreams of a bigger apartment, longer vacations and a second chair.

When I filled out our RSI declaration last April, I noticed that they had changed the form. As always, they asked for the net profit from our business, but this year there was a line right after that asking for our gross receipts.

They had never needed that before, but, being a trustworthy (as well as loyal, helpful, friendly, courteous, kind, obedient, cheerful, thrifty, brave, clean and reverent) kind of taxpayer, I filled it in.

“After donning a fireproof hazmat suit and hooking a safety harness to a bearing wall, I began the descent into the next circle of hell.”

And, in June, got a shriek-of-terror-eliciting bill from URSSAF claiming that we owed them contributions based on three times as much money as we had made. Followed shortly thereafter by a palpitation-inducing bill from the health insurance people demanding what looked to me like enough money to give each of us daily sex change operations for the rest of our lives.

There ensued an epic series of phone calls, with a combined wait time long enough to ace out three ex-girlfriends when my life flashes before my eyes on my deathbed. Finally, one of the bureaucrats I talked to figured out the problem. And told me that I was not alone — which was great, because poverty loves company.

Apparently I, and thousands of freelancers across the country, had misunderstood the RSI declaration: the new line asking for gross receipts was actually (if you read the fine print) asking for receipts from a different type of business that we don’t even have. In other words, our social charges were being based on our gross receipts plus the net profit from those same receipts. Which makes about as much sense as getting daily sex change operations.

Anyway, thus enlightened, I e-mailed all the social chargers an explanation accompanied by copies of all the pertinent papers, and received confirmation messages that the correction had been made.

So the problem was solved, except for one last little detail: it wasn’t. In October I received another bill from URSSAF, once again asking for the same erroneously inflated amount based on the same phantasmagorical income figure.

The exits from hell are poorly marked

So I called my URSSAF contact once again, and this time was informed that she could do nothing unless I made the change directly with the RSI. What then ensued was, up to a point, typical of my dealings with French bureaucracy…

After donning a fireproof hazmat suit and hooking a safety harness to a bearing wall, I began the descent into the next circle of hell. I called the number of my RSI office and got: nothing.

Well, not exactly nothing: after yet another loooooooong wait on hold (I guess I won’t be seeing my prom date again either), I got a message announcing that all the lines were overloaded and I had to call back later. This happened seven times over a period of three or four hours.

So I went to the RSI website to see what I could do. The answer was: nothing. Or rather next to nothing — I could view a copy of my declaration but it was not possible to change it.

Then I decided that the best course of action would be to get the RSI’s postal address and send them a registered letter offering to mow their lawns, walk their rottweilers and polish their leather masks for a year if they would release me from this Sisyphean torment.

“A miracle. The clouds parted and, amid a burst of dazzling light, an enormous, amorphous but definitely human-like hand reached down from the sky, plucked me out of Hades and transported me back to this mortal realm.”

There was a link on the website labeled: “Click here to get a list of all RSI offices in the country!” So I clicked it and got (anyone detect a pattern here?): nothing.

The link opened a new page, but it wouldn’t load — it just sat there, blank. As blank as my list of solutions was at that point, although not quite as blank as I should have left the ‘receipts’ line on that dieudamned form.

Finally, by Googling ‘RSI’ and ‘Paris’ I chanced upon an e-mail address for some guy my RSI office. Not a ‘contact’ address, not an ‘info’ address, just some guy’s inbox. But, figuring that I had nothing (but my net assets) to lose, I sent him a message, attaching copies of all of my declarations and URSSAF correspondence.

Naturally, I was expecting to get: nothing. For all I knew he was the janitor who mops out the waterboarding rooms. But what happened next was: something.

A miracle. The clouds parted and, amid a burst of dazzling light, an enormous, amorphous but definitely human-like hand reached down from the sky, plucked me out of Hades and transported me back to this mortal realm.

In other words, the RSI guy not only wrote back within the hour, he also said that the information I had provided was sufficient and he had already made the correction.

I shrieked with relief. And went to bed that night with a smile on my lips, a song (‘Copacabana’) in my heart and a bit of money in my bank account. I’m going to donate it to Chardonnay relief.

Almost anyone who has dealt with French bureaucracy has a tale to tell. What’s yours? Share your thoughts and experiences in the comments box below.