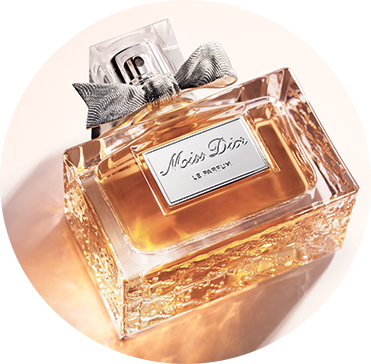 Created almost 70 years ago, it is still a favourite French perfume today.

In 1947, whilst designing his New Look line, Christian Dior had the idea to create his first perfume. Synonymous with love and elegance, this fragrance has stood the test of time. The finest example of the avant-garde nature of this French designer. 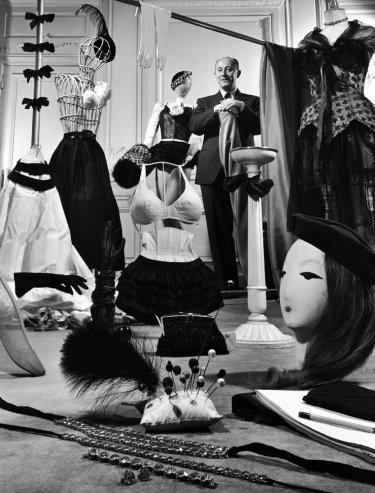 The ‘Little Prince’ of fashion, as he is known in the world of high fashion, was more than just a dressmaker. A lover of femininity, Christian Dior was able to set himself apart from other French fashion designers through his wish to put women’s beauty at the heart of his creations.

Until his first show in 1947, fashion design was all about practicality. Dior took a risk with his collection – it was the antithesis to trends at the time. He featured fitted waists, contoured shoulders and designs highlighting the bust. The New Look line was born.

At the time of this show, Dior wanted to add a final touch to each of his creations and thus the first scent was created: Miss Dior.

Dior used the name ‘Miss Dior’ in homage to his sister Catherine. Miss Dior was her nickname. Not only was she Dior’s sister, she was his muse. When deciding on the name of his first fragrance, the illuminating moment for Dior was simply seeing his sister arrive and calling her by her nickname. 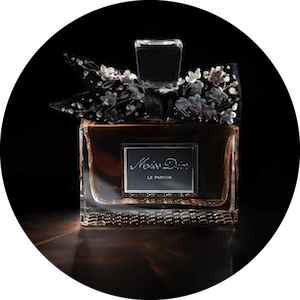 With the desire to combine femininity and elegance in a perfume, Christian Dior called upon French perfumer Paul Vacher to help. Together, they created the unique scent, with notes of citrus, rose and patchouli, inspired by the designer’s  passion for nature.

Christian Dior wanted a fresh, sensual and young perfume, but above all, one that was timeless. This desire was successfully met: almost 70 years after its creation, the French capital is hosting the first ever exhibition entirely dedicated to the Miss Dior perfume.

Each of the works commissioned celebrate one of the elements composing the perfume. Whether it is about the bottle, the scent, or even the current muse, Natalie Portman, each artist had free rein.

This exhibition is equally about discovering the connection between Christian Dior and art as it is about the endurance of the house itself. It is a step further into the universe of the designer who was originally an art dealer, before becoming the great fashion designer that we have all heard of.

It’s a great tribute to Christian Dior and his inspiring work!

Visit Vogue.fr to see photographs from the opening night party, read more about the fascinating history of Miss Dior on the Telegraph, and get a sneak peek of the exhibition on Out and About in Paris.
Miss Dior runs until 25 November at the Grand Palais, Paris.

What do you think about the perfume ‘Miss Dior’? Who is your favourite French fashion designer? Join the conversation in the comments box below.