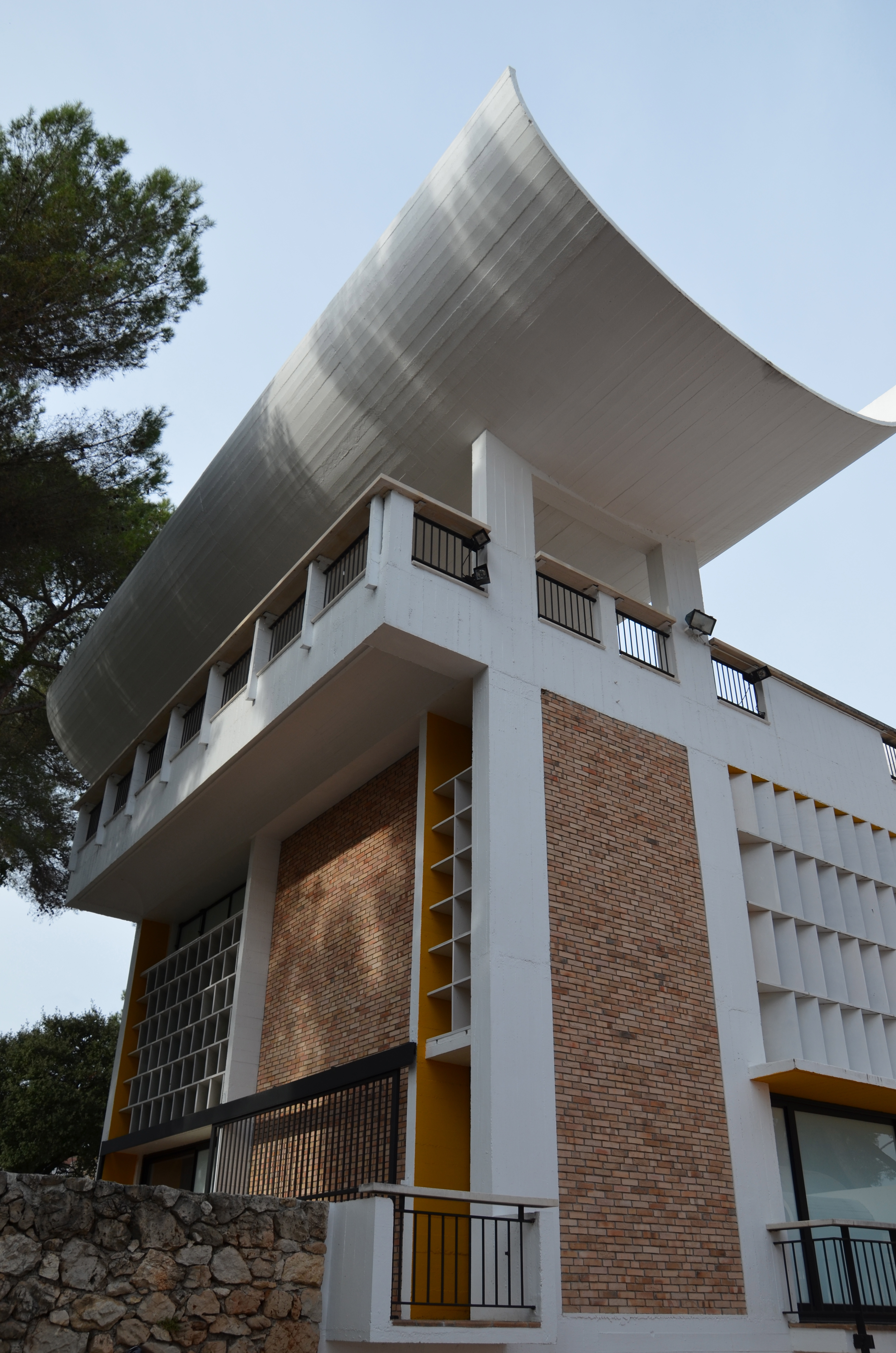 I turned my head to gaze at the equally magnificent building which houses the collection of paintings.

It reminds me of the architecture of Le Corbusier. The Catalan architect Joseph Lluís Sert must have been influenced by the master; it is a composition of glass, whitewashed concrete, water and light.

I went inside to bear witness to a breathtaking collection of Bonnard, Braque, Chagall, Léger and many other modern and contemporary artists. I lingered in front of a Braque mosaic, which depicts the scene of a pond. The blues, the barely discernable fish… so poetic.

The Village of Saint-Paul-de-Vence

The sun was already sinking as I made my way into the village – I always forget that the sun disappears so early in autumn. I passed all sorts of people with foreign accents. The whole world has a powerful attraction to the South of France. 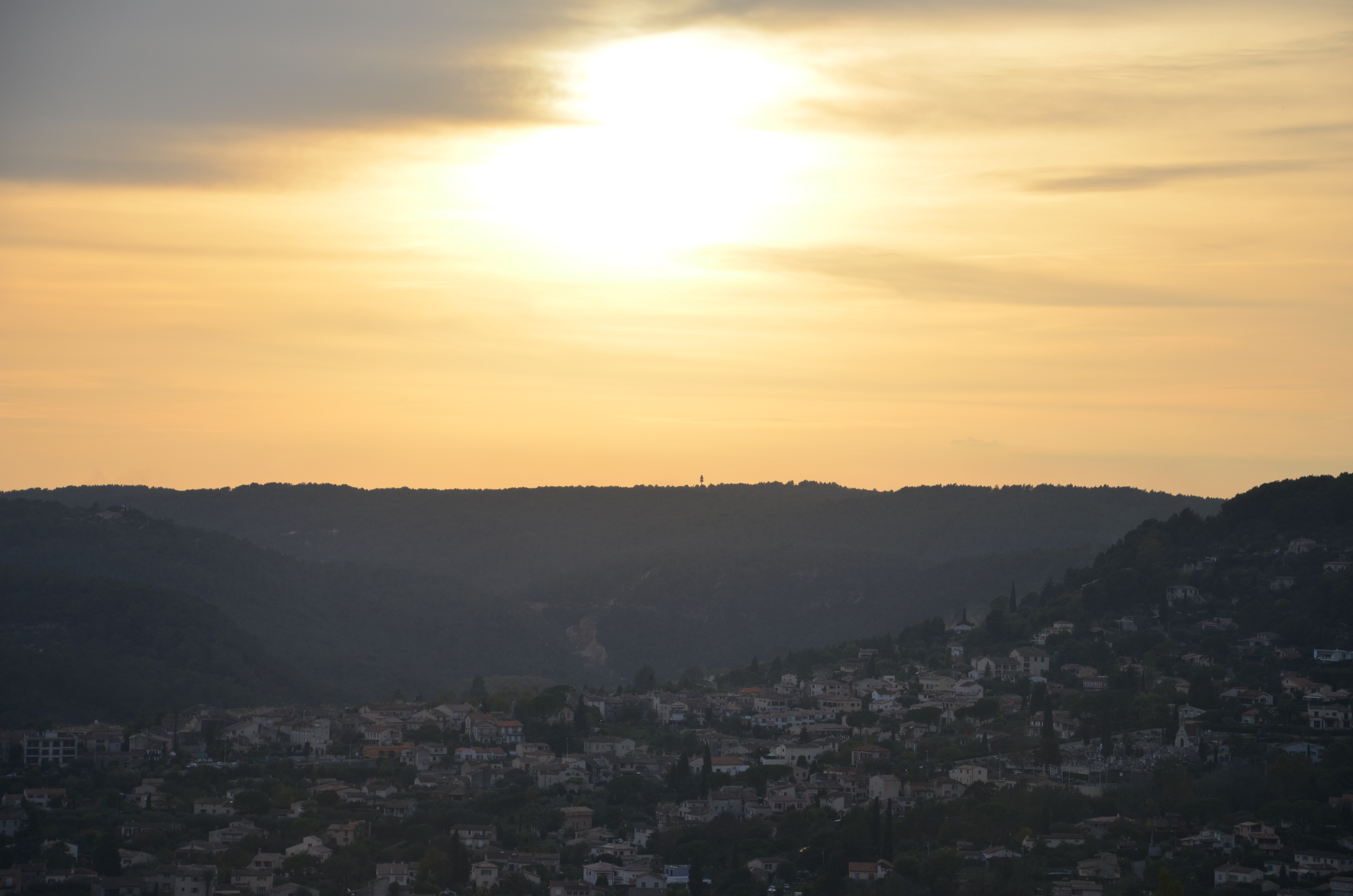 At the entry to the village you are confronted by the walls of the fortified town, constructed by François I in the sixteenth century. It seems as though time hasn’t had its effect on them.

If I thought that my capacity for amazement had been saturated by what I’d already seen and experienced at the Maeght Foundation, I was wrong.

A dive into the past The reality of Saint-Paul lives up to the hype. It is a maze of laneways, fountains, ancient stones; a journey through the ages; a scene from a period film.  I kept expecting to see an armed knight jump out at me, or a washerwoman crouched over laundry. If it weren’t for the many (too many) tourist stalls, the scene would be perfect.

I can understand why this village attracted so many famous painters, so I decided to extend my tour as far as the little cemetery perched on the rocks where Chagall rests forever more. His grave is simply marked with a few pebbles over a bare flagstone, a large rosemary bush and nothing more. The stark sobriety is so moving.

The sun sets behind the surrounding mountains, the last rays casting a light on the fruit laden orange trees. Winter will soon arrive and Saint-Paul will go into hibernation until springtime, all the while I’ll be holding these warm memories as a powerful souvenir.

Could you make like Chagall and seek exile in a little village in the South of France? Share your thoughts in the comments box below.