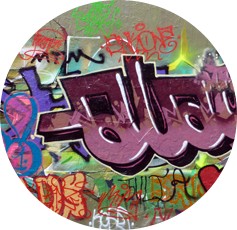 Hidden far away from the usual tourist track is rue Dénoyez, in the Belleville quartier (20th arrondissement). This is the only place in Paris where street art is allowed and even encouraged.

Though I have lived in the Paris area for many years, I had never heard of the street until I recently took part in an ‘exploring Paris’ photo workshop, run by WICE, a Franco-American cultural association.

Immigrants to France settle in a working class neighbourhood

Since the early 20th century this quartier has been the home of immigrants coming to work in France, mainly from North Africa and Asia, as well as factory workers and artisans.

Unfortunately some people think that the area is dangerous for tourists. Personally I have never felt at risk anywhere in Paris, although you always have to be wary of pick pockets, as in any big city. 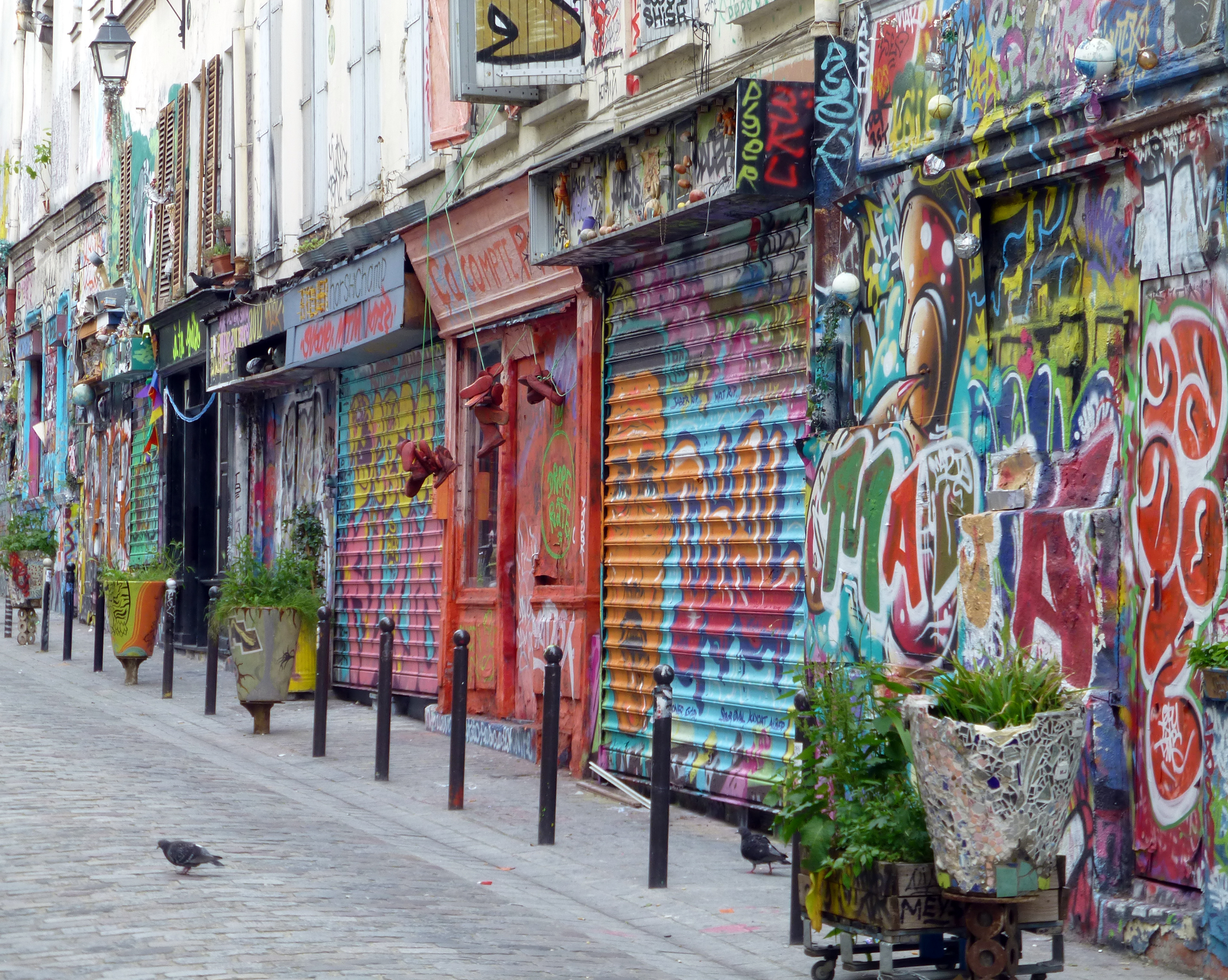 Home to French and international artists and entertainers

Belleville, being a low rent quartier, is also home to a lively community of artists. Many famous people have made their home there, such as the writer Georges Perec and the photographers Willy Ronis and Henri Guérard, who shot many of their most famous photos in the quartier.

The well-known Café aux Folies at the top of rue Dénoyez, was once a café théâtre where Edith Piaf performed early in her career. An integral part of French history, the Folies was named after an 18th century watering place at one of the gates to Paris, which was infamous for the annual debauches of the city carnival.

The art in rue Dénoyez is regularly transformed, painted over and extended by the largely anonymous artists, who only come out late in the day. The good reputation of the street is helping to revive and bring business to the area, and a number of galleries and cafes can be found between the bright murals.

The streets are lined with planters that are taken care of by residents and individually decorated with poems, mosaics, toys, ragged Barbie dolls and more. You name it, and someone will have stuck it somewhere along the street.

Tristan des Limbes is the pseudonym of a well-known French street artist whose work can be found in the quartier. Tristan, usually a man’s name, evokes the word triste. Des limbes references the limbo to which un-baptised people are condemned in the afterlife, according to Catholic theology. 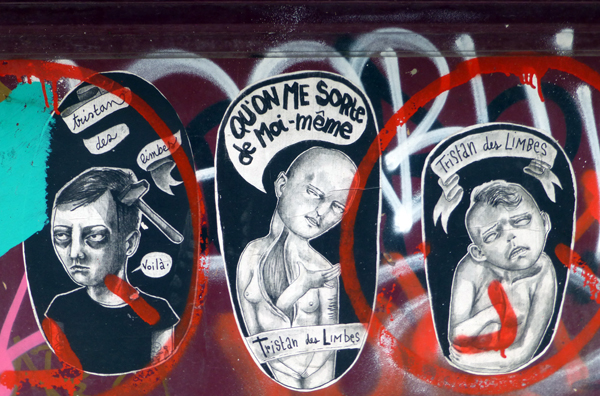 Tristan’s images are certainly not depictions of eternal happiness. Her images are disturbing, and filled with rage and frustration. They often depict internal organs being ripped out, or humans trapped inside other bodies trying to escape. 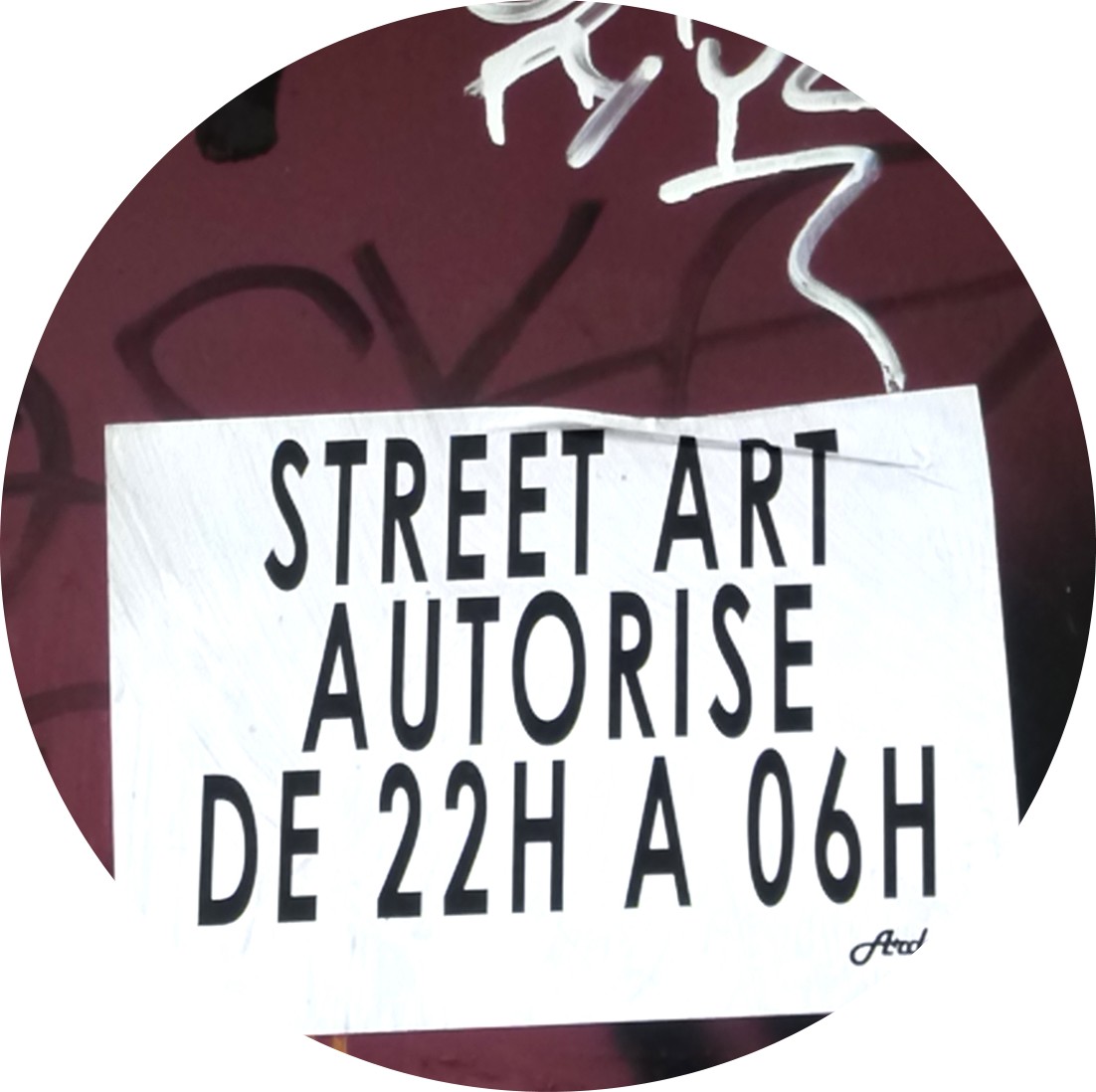 However, the threat of gentrification looms large. If the quartier catches the fancy of the rich Parisian bobos (bourgeois bohème), the working class community will be pushed out into the cheaper suburbs. This is a trend that has already happened in so many Parisian neighbourhoods, most recently in Montmartre.

French street art thrives everywhere in France; read our articles on Strasbourg and on the temporary project that took place in Paris recently, and look at our photo projects in Paris: here and there.

What do you feel about the gentrification of city neighbourhoods? Est-ce un bien pour un mal – a necessary evil? Share your thoughts in the comments box below.