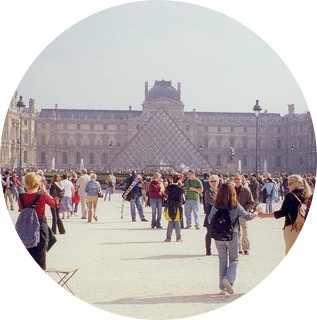 While travelling, have you ever overheard a foreigner say something to a local and thought, “Ouch, you really shouldn’t say that!”  Or, do you sometimes want to extract your own foot from your mouth?

This is France, pas votre pays!

One thing that tourists can often forget when travelling to another country, is that it is, well, another country. Not their own. So, spending their days looking for familiar food, wanting signs to be in English (or insert own language here), expecting service to be the same (and so on) may lead to frustration for them and impoliteness from the French.

Regardless of what is expected or thought, the French do not have to accommodate tourists. Saying to the French, ‘In my country…’ will probably result in their eyes glazing over and you receiving une petite insulte.

So, here are three golden rules to avoid French language mishaps in France. Have you ever seen anyone make these mistakes? Or did you make a few in your more naïve days?

1. Don’t shout – it won’t make it easier to be understood

Shouting (often masqueraded by the belief that one is simply talking clearly) makes it harder to be understood, and let’s face it, is rather annoying. It may also be the reason someone acts as if they didn’t understand…

2. Don’t refuse to make an effort – learning some French is fun! 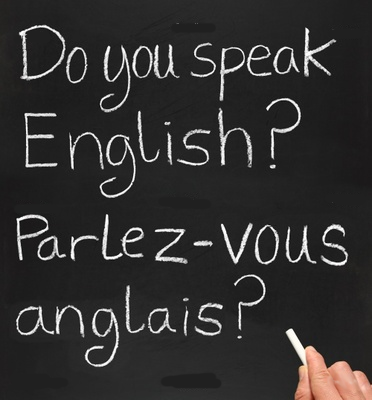 It doesn’t kill a tourist to learn a few phrases in French before travelling to France. No one expects every traveller to know multiple languages fluently, but heck, even Contiki tours give their tour groups practice and language sheets!

For example, if a tourist wants to know if a French person speaks English, it may be a good idea to learn the phrase, “Est-ce que vous parlez anglais s’il vous plaît?”

As I found out very quickly in my first naive trip to Paris, asking that question in English will get you nowhere. However, say it in French and voilà! The locals will probably say they only speak it a little and then proceed to chatter in embarrassingly good English!

3. Don’t try too hard – not all jokes translate for the French

Some things can only be said amongst people from the same country. Laughingly saying to a French person, “So where can I get some frog’s legs? I know all you Frenchies eat them!” is probably not funny and definitely not original. It’s stereotyping and a good way to put a tourist offside with the French.

“Regardless of what is expected or thought, the French do not have to accommodate tourists.”

Likewise, mimicking the French accent to them by repeating lines from some bad ‘French’ character on English TV has been done a million times before. My French tutor in Melbourne says that this often happens to her when strangers realise she is French. She doesn’t like it as she’s trying to ‘fit in’ here and prefers not to have her ‘differences’ pointed out. Nor does she like her accent mocked.

The French are immensely proud of their language. Likewise, I personally remember little about the acting in the movie ‘A Cry in the Dark’ except for Meryl Streep’s appalling Australian accent. Ouch! My Aussie ears!

What do you think tourists say that they probably shouldn’t? Have you ever put your foot in your mouth? Share your experiences below!