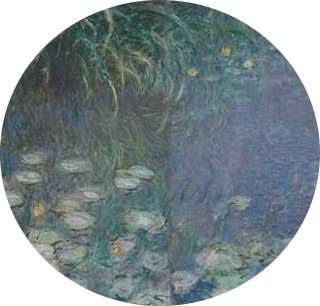 My love affair with Claude Monet’s Waterlilies is one that began at a very young age. The Musée de l’Orangerie is by far the best Paris museum to enjoy the French impressionist’s most beautiful work.

When I was about nine years old, my parents gave me a little hardcover book called ‘Linnea in Monet’s Garden’: the story of a precocious young girl whose grandfather takes her to Monet’s garden in Giverny. 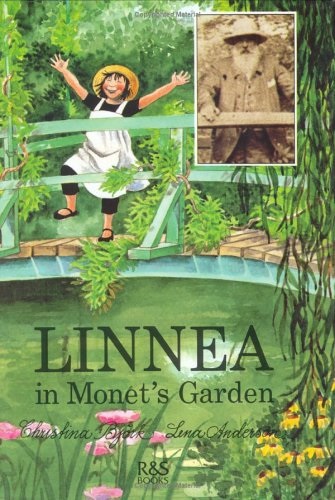 The book was partly the story of Linnea’s personal connection with Monet’s paintings, and partly a non-fiction education on the master of French Impressionism himself.

Despite taking quite a few art history courses during my undergraduate degree, I’ve never really learned anything about Monet that I hadn’t already read in that lovely children’s book.

I adored the cheeky little French protagonist and even had the official Linnea rag doll, decked out in her signature ensemble of green-and-white-striped overalls and a little straw hat.

The best place in France to enjoy Monet

Since the days spent  thumbing through ‘Linnea in Monet’s Garden’, I have seen many Monet exhibitions in various cities, been to the Musée Marmottan in Paris, and to Giverny itself (about an hour outside the French capital). 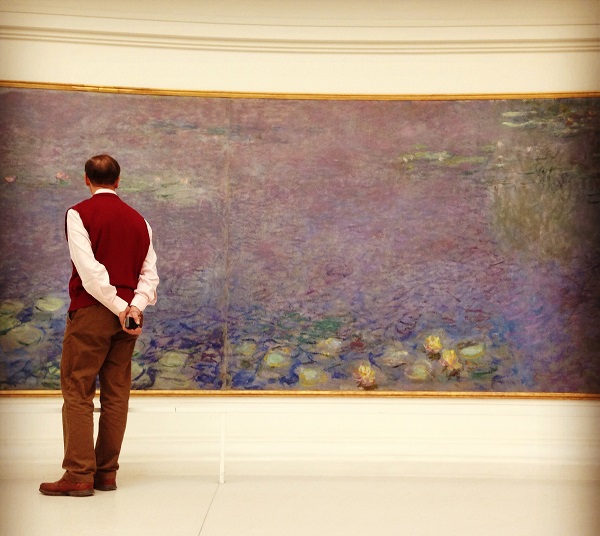 Every time I see a water lily, poppy field or green Japanese bridge I’m reminded of Linnea’s adventures and how important they were to me as an Australian child, thousands of kilometres away from the whimsy of Giverny.

While the Marmottan has the largest Monet collection in the world and Giverny was Monet’s great artistic inspiration (and home), there really is nowhere like the Musée de l’Orangerie for getting immersed in waterlilies, or nymphéas, as Monet himself would have called them.

In arguably the most stunning location in Paris, the Orangerie is one of my favourite Paris museums. Nestled on the border of the Tuileries gardens, it lies in the shadow of the Louvre and is a stone’s throw from the Musée du Jeu de Paume and the Place de la Concorde.

Paris off the beaten path

A small venue, the lower levels have a lovely collection of Impressionist and Naïve paintings, including some works by Renoir, Degas and even Picasso. 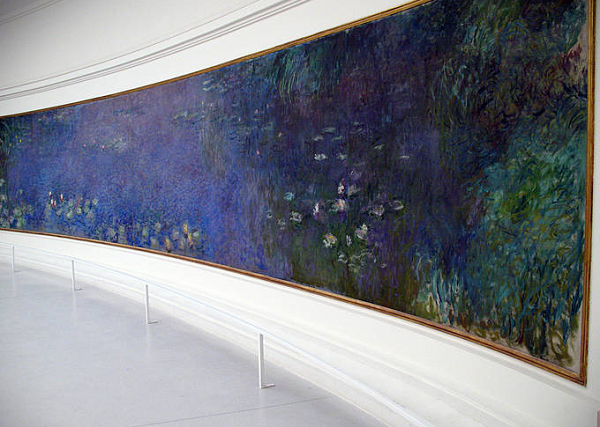 However, the highlights of the Orangerie are the circular waterlily rooms, the walls of which are covered in Monet’s signature mottled blooms. Standing in the middle of the installation, you almost feel as though you are immersed in the luminous, pastel-coloured pond; the dusky lilies bobbing around you.

Monet designed the paintings for the rooms themselves, so the effect is intentional. It’s such a special sight, and something tells me Linnea might have preferred the dreamy lilies of the Orangerie to the real-life versions in Giverny.

Which is your favourite Paris museum – be it off the beaten path, or on the tourist route? Join the conversation below.