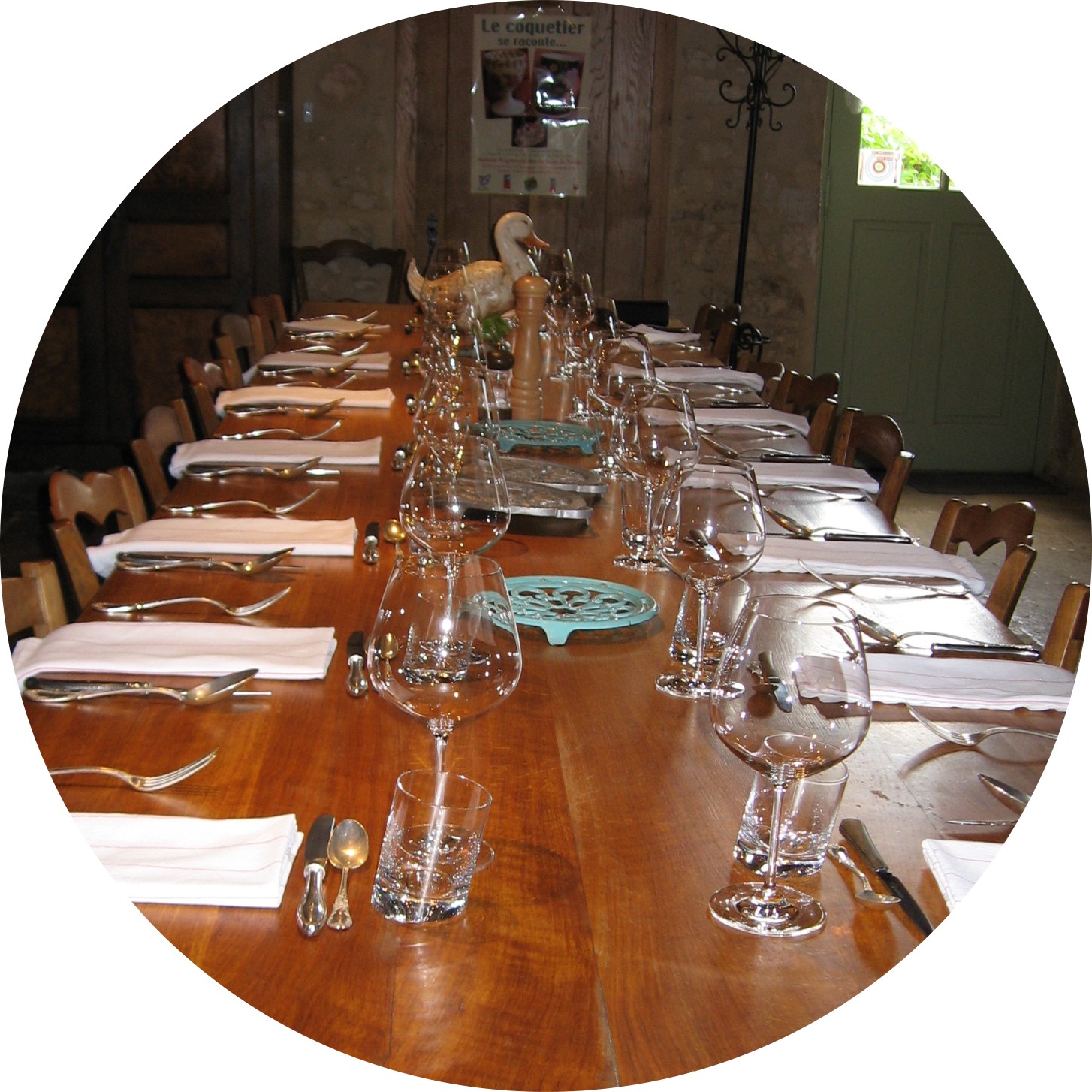 This is the time of year when, living as I do in the Northern Hemisphere, I take to the kitchen to cook, and to warm up. Typically, the food is French, and the recipes from French cookbooks.

One of the new ones that just came my way is ‘La Ferme de la Ruchotte’ (Editions Alternatives,2013), co-authored by chef Frédéric Ménager and journalist Julie Gerbet.

There’s an unaffected, almost old-fashioned quality to the book as the recipe titles look as if they had been handwritten, and sketches of chickens and geese punctuate the pages.

Along with the beautiful photographs of the dishes (by Pierre Acobas), there are equally irresistible photos of the farm itself, especially of the poultry. The book also includes some fascinating texts about the philosophy of farming, cooking and eating, along with tutorials on animal husbandry.

La Ruchotte is a ferme-auberge biologique – or an organic farm and restaurant.

An organic commitment to French cuisine

I met Ménager there several years ago on one of my trips to the region (la ferme is located in Bligny-sur-Ouche, Burgundy, a few miles outside of Beaune.) 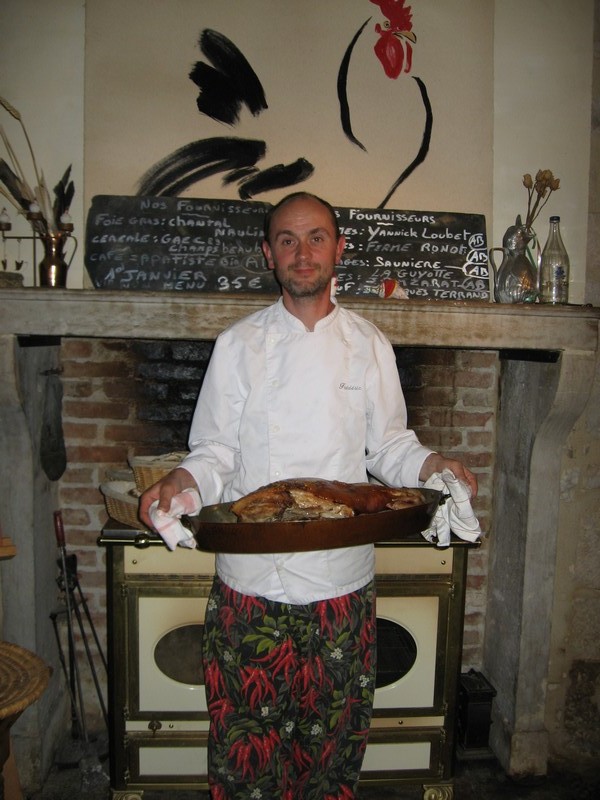 He impressed me not just with his cuisine – he’s cooked in Michelin-starred restaurant kitchens in France – but also his dedication to an alternative approach to food production, one that is healthy for all living things. It was this commitment that convinced him to leave the commercial kitchen, and venture into organic farming and cooking tout seul.

With his wife Eva, Ménager took over La Ruchotte in 2001. Here, they have focused on raising breeds of heritage chickens, turkeys and geese, or races anciennes. (Gauloise dorée, Coucou de Rennes, la Flèche and Barbézieux to name a few.)

The Ménagers also raise other animals, such as sheep and pigs. These too are breeds prized for quality, but known for being difficult to find in an increasingly standardized system of agriculture.

We’ve all heard about cooking with the seasons and eating locally, and while plenty of places carry this message, at La Ruchotte it seems especially true. 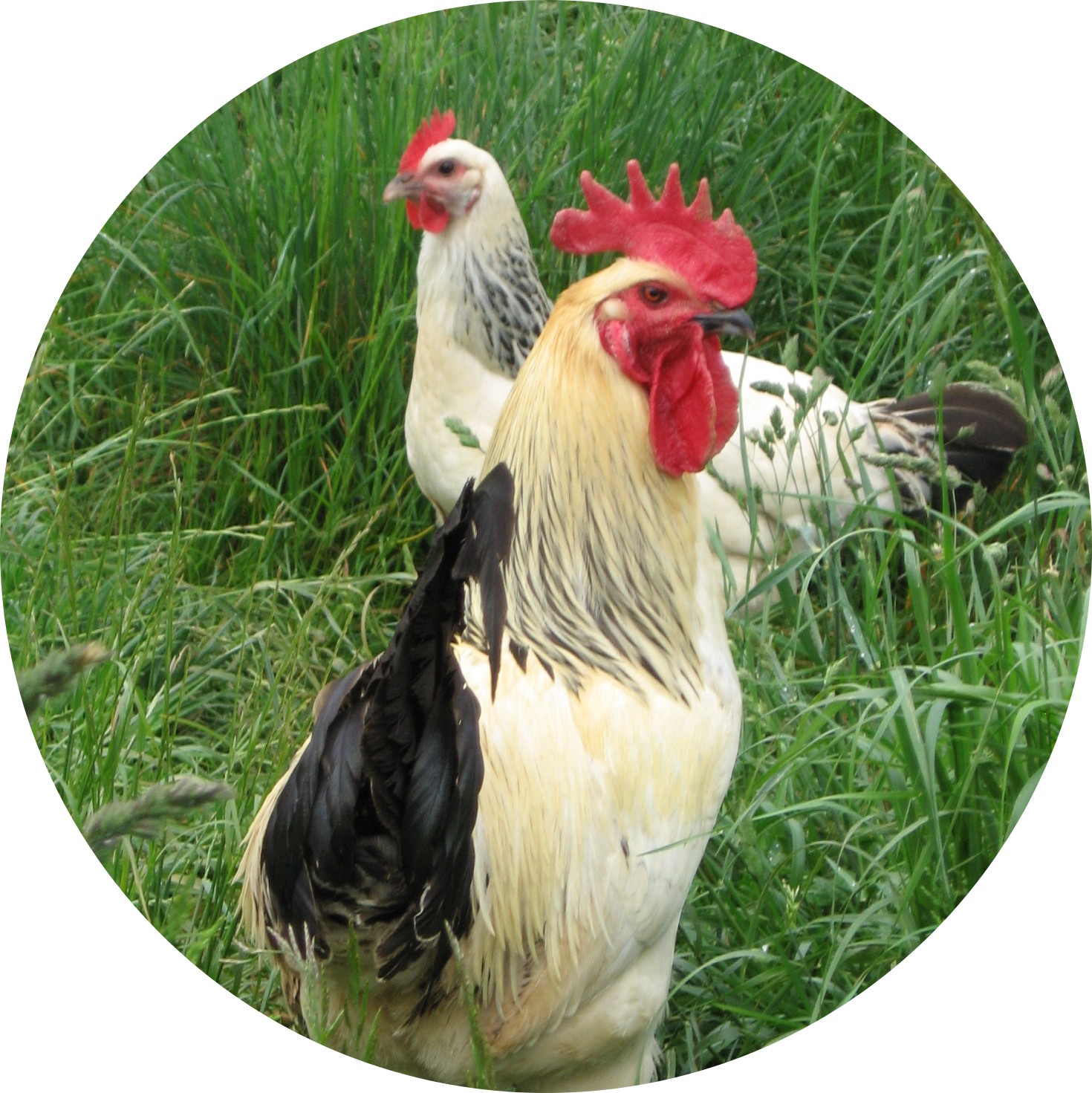 With few exceptions the food has been raised, virtually ab ovo, on the farm, or by farmers who live nearby and share Ménager’s approach. When Ménager works with a ‘product,’ it is typically something that he nurtured himself.

I’ve tried several of the recipes. While some require a degree of technique – you’ll need a metric scale, for instance – most are straightforward and well worth the effort.

What is your favorite French cookbook? Do you try to eat organic? Let us know in the comments below!