Sink your teeth into the history of French pâtisseries 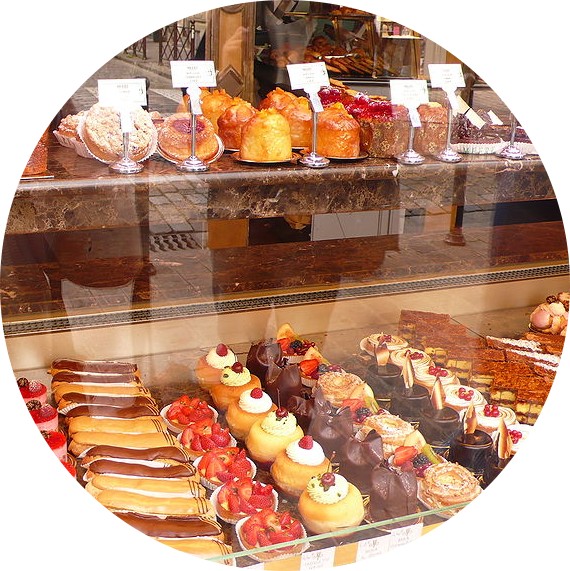 Need an excuse to visit the pâtisserie? How about brushing up on your history?

Uncovering the origins of some of France’s famous delicacies is harder than you might imagine. There are many myths surrounding French pâtisseries, but not too many hard facts.

Pastel meringue-filled macarons were the iconic petits fours of Marie Antoinette who had them all around her boudoir, oui? Not likely. They seem most likely to have been created some years after the Queen left Versailles. 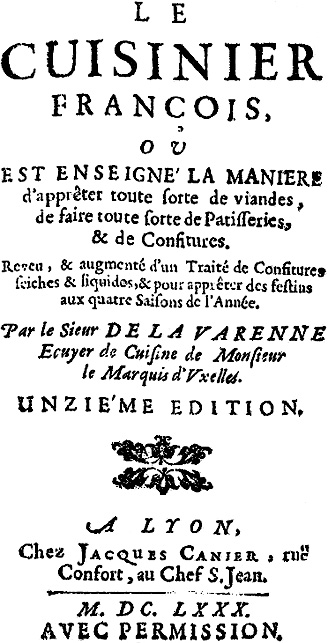 A good place to start exploring this history is with one of the earliest and most famous cookbooks, Le Cuisinier françois, published in 1651, by François Pierre, Sieur de la Varenne. Varenne was born near Châlons-sur-Saône, in Burgundy and he worked as a professional chef in some of the greatest households of his era. He gathered together his best recipes and recommendations into this popular text, which saw many re-editions.

And yes, for the record, Varenne included many recipes for frogs’ legs – in fritters, ragouts, and in potages, no less.

It was soon followed by further books that covered breads and pâtisseries as well, which at the time were distinct trades requiring different skills and training.

Varenne’s cookbook highlighted the importance of the religious calendar. This determined what ingredients could be used at different times of the year, and led to an inventive use of ‘mock’ ingredients when the real were not permissable.

Some of France’s favourite regional treats are still connected to religious events. Apart from the well-known Galette des Rois, commemorating the visit of the three kings to the baby Jesus, there is also the bugne.

This rich donut-like treat from the Savoy region was made in the lead-up to Lent, using up certain fats which, along with meat, eggs and dairy products, could not be used during Lenten fasting. The bugne features in a popular children’s nursery rhyme about the pre-Lenten festival of Mardi Gras (Fat Tuesday) and it even gets a mention in the famous novel, ‘Pantagruel’ (1532), by Renaissance author François Rabelais. 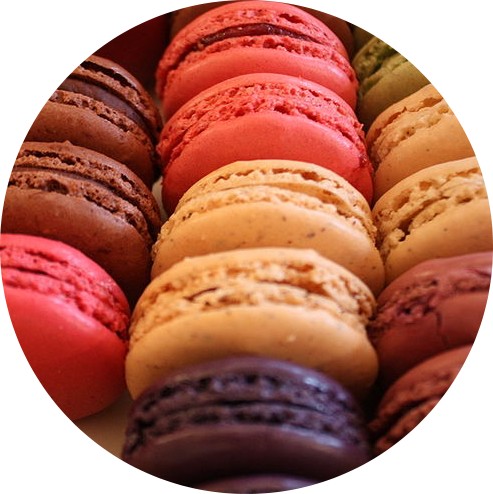 Varenne’s cookbook also shows us what a key role salt and sugar played as preserving agents in the seventeenth century. A great many sweetmeats involved sugar, nuts and egg whites with varied waters added for flavouring. This included macarons, which Varenne describes as made from almond sugar, flavoured with rosewater and in the traditional shape of the lozenge. These simple biscuits were a far cry from the dainty round pastel sandwich variety we know today.

A personal favourite is the evocatively-named pets de putain, or whore’s farts, a delicate combination of egg whites, sugar powder, and orange-blossom water. These were rolled into a walnut-sized shape (presumably what was imagined to be the size of a whore’s fart) and gently baked. Certainly tastier than they sounded!

Of course the language of historical cooking is all around us. Even the word, biscuit, is one example, meaning bis cuit, or twice cooked.

Can’t decide which French pâtisseries to try? Why not eat them in historical order!