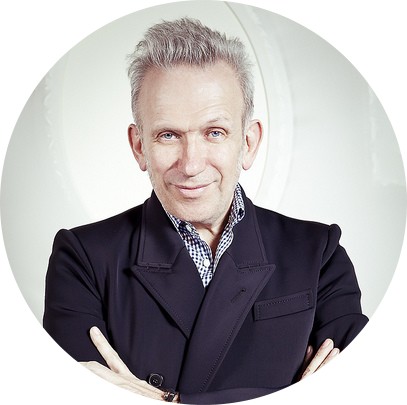 Sketches, films, and costumes are some of the many media presented as a means to better understand the influence and the journey of this exceptional creator.

From the streets of Paris to the silver screen of Hollywood, let’s discover together this “enfant terrible de la mode” (his nickname in the industry) as we attempt to understand this artist, and his universe.

The beginnings of the French creator 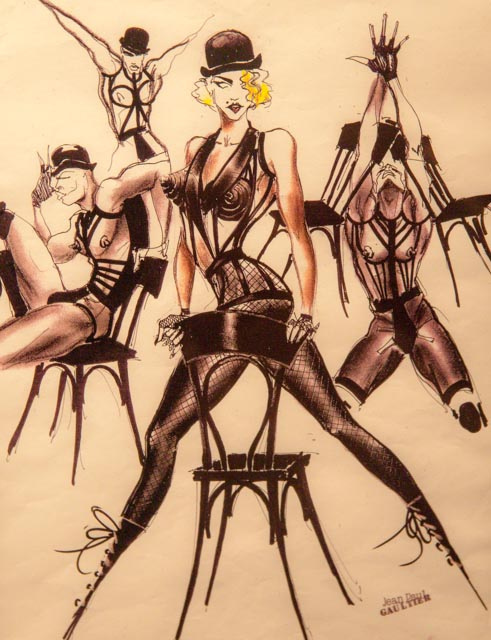 While he was still young, he designed his first creations using his teddy bears – the first models for the great designer.

After several years, Gaultier received an unexpected surprise.  On his 18th birthday, he received a phonecall from the fashion house Cardin, informing him that he was to begin working with the great French designer. For the first time, Gaultier would work in haute couture.

Next, Gaultier worked with Jacques Esterel and Jean Patou, before he launched his own fashion house in 1976.

His early career was a veritable fiasco and his first fashion show was a total failure. However, thanks to the financial support of the Kashiyama group, Gaultier managed to re-establish himself and returned to the first-place podium in the 80s.

From there, things happened very quickly. His fashion shows became more and more fantastic, with inventive ensembles which were groundbreaking at the time in the fashion world.  Gaultier quickly made a name for himself in the world of French haute couture.

Today after more than 35 years of work, the French designer is still at the peak of his glory.

Bestowed with so much talent and a likeable personality, many exhibitions have been dedicated to the man and his work.

Today, it is at the Brooklyn Museum in New York, and soon in London, that the public can view the exhibition ‘Fashion World of Jean Paul Gaultier, from the sidewalk to the catwalk.’ 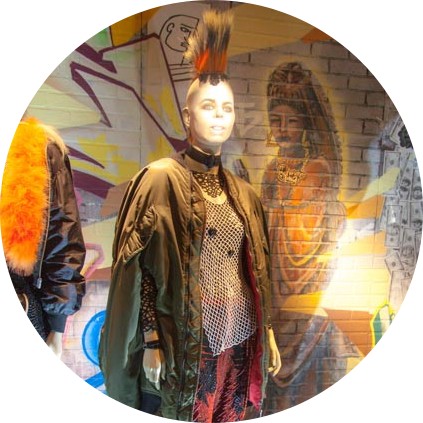 The Montreal Museum of Fine Arts was the first to host this international exhibition dedicated to Jean-Paul Gaultier.

From Montreal to Madrid, and passing through Stockholm, the exhibition is today in New York before its final stop in London (April to August 2014).

Organised into seven themes, ‘The Fashion World of Jean-Paul Gaultier’ brings its audience face-to-face with the creations and influence of the artist.

From the room full of striped fishermen’s shirts to the room filled with religious icons, the public journeys in an interactive way through the world of varied influences of the artist.

In the ‘Boudoir’ area, visitors discover Jean-Paul Gaultier’s first model, his teddy bear Nana, witness to the artist’s journey from his very first steps. Dressed in a cone-shaped brassiere and fully made up, this addition to the exhibition gives visitors a firsthand peek into the artist’s memories of childhood. 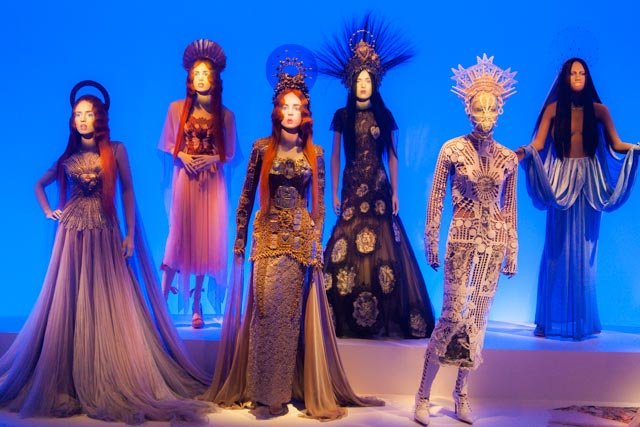 Next, visitors will meet ‘living’ mannequins that speak. Among them, the visitors will even have the pleasure of meeting Jean-Paul Gaultier himself – well, at least to see his face – as he shares his influences and his worldview.

A mix of creativity and interaction, this exhibition is truly not to be missed!

Have you visited this exhibition? What did you think? Share any comments with us below- we love to hear your thoughts and opinions!